By baggedmilk
2 months ago
Welcome to our game day content presented by NHL Lines site Betway!
After dropping a frustrating divisional matchup against the Los Angeles Kings on Wednesday night, the Oilers will get another opportunity to pick up some points against a team they’re chasing in the Pacific Division as the Vegas Golden Knights are in town for the first of four meetings on the year. An upsettingly surprising 10 points ahead of us in the standings, Vegas is building themselves quite the lead in the division and even though I’d absolutely expect them to cool off at some point, the Oilers would still be best served not to let this gap any bigger. I know we’re not talking about a must-win situation in the literal sense here, but you don’t have to be a TI-83 to figure out that a 10-point gap is tough to overcome at any stage of an NHL season and letting the void get any bigger would be bad news in shiny gold helmets.
Winners of eight of their last 10 games, the Golden Knights arrive at Rogers Place riding a heater that will be incredibly difficult to stop. Over this run, Vegas has registered 39 goals while allowing only 27 and that will be a tall order for the Oilers to manage considering they aren’t exactly filling the net on offence or keeping pucks out at the other end of the rink. I mean, it’s not exactly hard to figure out why Edmonton has struggled over that same timeframe as they’ve given up 40 goals in their last 10 games. It’s pretty tough to win in this league when you’re averaging four goals against per game, ya know? If the Oilers plan on righting this ship and climbing the division standings, they need to be better defensively. The boys need to do a better job of committing to defence first and know that tightening up those details will pay dividends at the other end too. I truly believe that this lull is only temporary, but it’s going to take a whole lot of hard work and defence if the Oilers are going to pull themselves out of it.
Let’s see what the numbers say.

Janmark – McDavid – Hyman
RNH – Draisaitl – Foegele
Kostin – McLeod – Puljujarvi
Holloway – Shore – Ryan
Nurse – Ceci
Kulak – Bouchard
Murray – Barrie
Skinner
I am truly curious about how long these newly formed line combos will last. As much as I want to believe Mattias Janmark can be the answer alongside Connor McDavid on the first line, the reality is that this move feels closer to the Ty Rattie years than a legitimate path to success. That said, I also understand that the Oilers need something to work for them if they’re going to get out of this rut, and maybe this latest tweak can help make that happen. I mean, this isn’t necessarily the way that I’d put the line combos together but we have to hope that there’s some magic in this here sauce. Dare to dream? We shall see.

Stephenson – Eichel – Stone
Smith – Karlsson – Marchessault
Cotter – Howden – Kessel
Carrier – Roy – Kolesar
Martinez – Pietrangelo
McNabb – Theodore
Hague – Whitecloud
Thompson
I’ll be the first to admit that I didn’t think the Golden Knights were going to be this good this year based on who they have playing in net. Proving me wrong since day one, the Golden Knights are running through the start of the year like a house on fire and they’re going to provide a massive hurdle for the Oilers to clear if they plan on getting back into the win column. Put another way, if we get the same level of execution as we saw against the Kings then we could find ourselves going 0-2 in a week when we really needed some wins.

Vegas has allowed 132 shot attempts in just over 62 minutes of shorthanded time with 69 of them making it to the goalie. That’s the 2nd highest number of shorthanded shot attempts against per 60 in the NHL and 4th most shorthanded shots on goal against per 60.
“It will change in certain circumstances, but we don’t want to change too much of our structure because I think players get used to the rhythm and how to kill and they work well in sync. We were not in sync on the winning goal (against San Jose). We got caught too far outside the dots but I think it does matter from team to team what your focus is on.” -Cassidy
There’s definitely room for improvement, both in how they operate against most teams and in the specialized setup against teams with extraordinary weapons.
However, they have done the most important aspect of penalty killing very well. Avoiding it.
The Golden Knights are 2nd in both the fewest number of penalties taken and time spent on the kill per game, both trailing St. Louis.
Allowing a goal on 25% of power plays against won’t cut it. But, when there’s only one or two a night to kill, it certainly minimizes the impact. 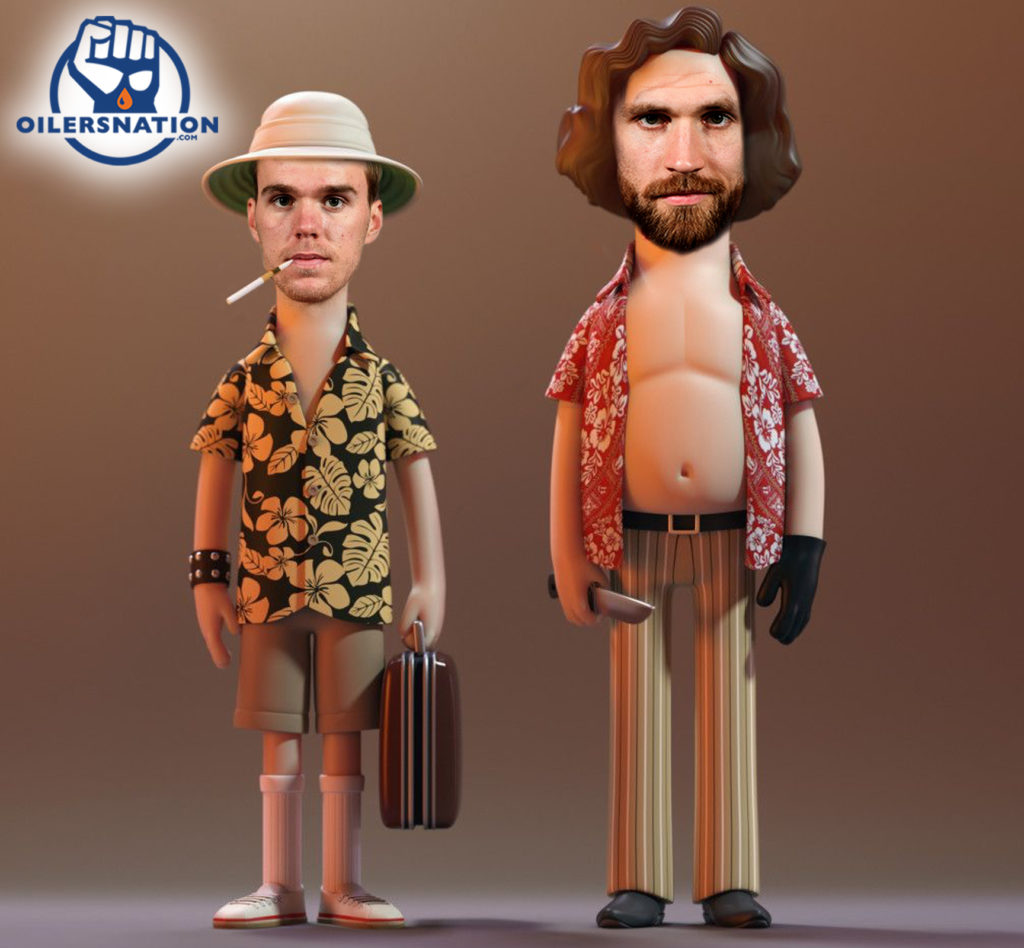 On the latest episode of Better Lait Than Never, I looked at why the Oilers should be sending Dylan Holloway back to Bakersfield and why playing Stuart Skinner right now is the right thing to do. Subscribe to Better Lait Than Never for FREE on Spotify, Apple Podcasts, Google Podcasts, and wherever else you get your podcasts from!
Editorials
Featured
Oilers Talk
Recent articles from baggedmilk