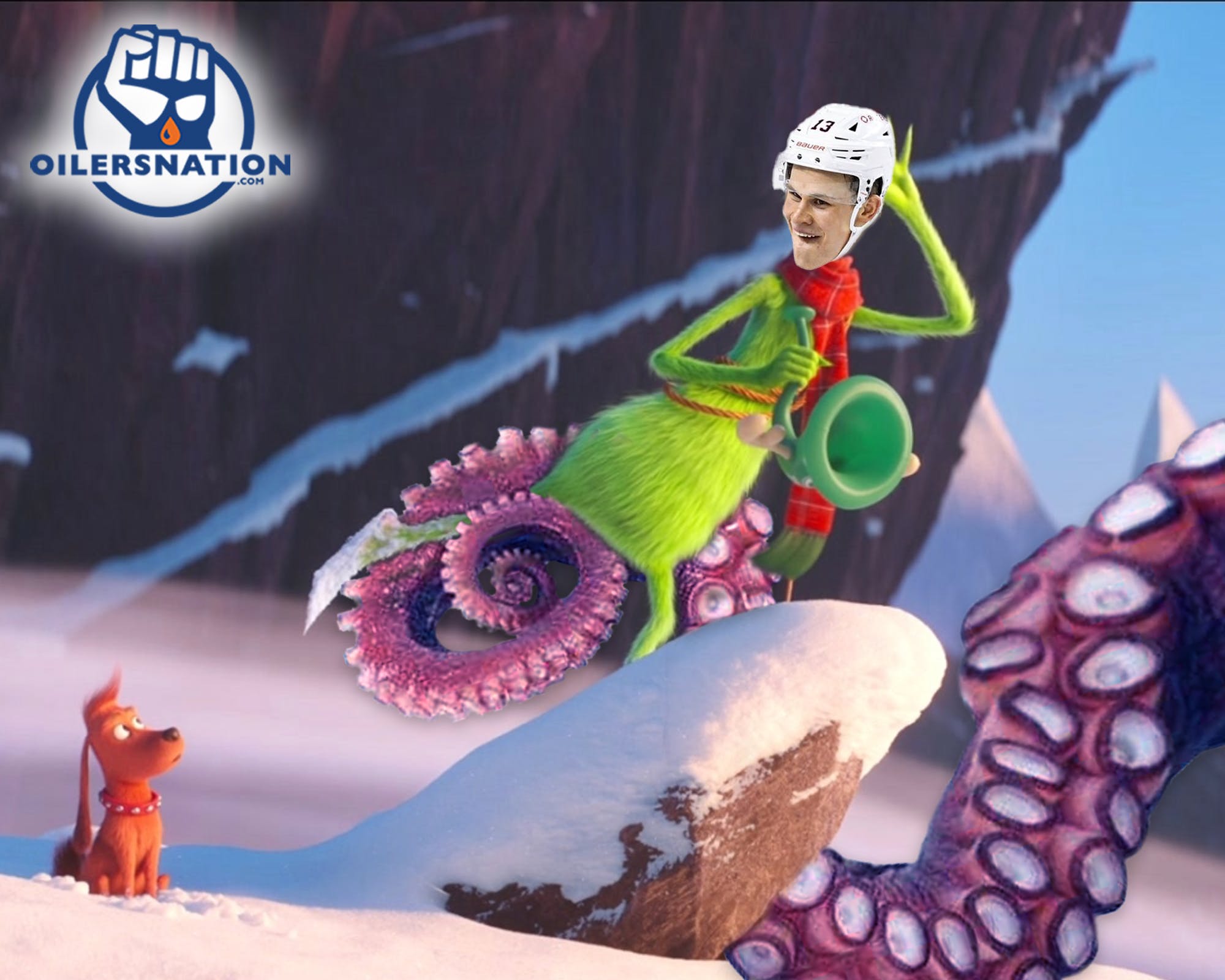 By baggedmilk
1 month ago
The Oilers and Kraken are currently tied in the Pacific Division standings with Seattle having three games in hand, making this a critical night with some early playoff implications. With 46 games left in the season, the race is on.
Be sure to check out the latest Oilers game day odds from NHL betting site Betway
Is anyone else endlessly confused by the schedule? How have we already played all three of our Battle of Alberta games for the year and yet we’re facing the Seattle Kraken — a team also in our division — for the first time in 377 days? The last time the Oilers played against Seattle was on December 18th of last year, which is a wild stat to me. It’s hard to know what to expect from a team that you never play. Despite the oddness of how this season is laid out, there’s little doubt that this first matchup of the year against the Kraken is a massive opportunity for the Edmonton Oilers. Currently on the outside of the playoff cutline, a win tonight would put the Oilers into third place in the Pacific Division, and even though it’s still early to be talking about this, picking up divisional points now may become incredibly important by the time April rolls around. And with two games against Seattle on deck within the next five days, it would be nice to see the Oilers kick off the season series with a win that puts them in the rearview mirror for the first time since week one.
At 3-6-1 in their last 10 games, the Seattle Kraken are starting to come back down to earth after a very hot start to their 2022-23 campaign. Led by balanced goal scoring that comes from throughout the lineup, the Kraken have 115 goals on the season which is only 13 less than the Oilers, a testament to their depth given that they’re missing the same top-end talent like McDavid and Draisaitl. At the other end of the ice, they’ve also allowed 16 fewer goals against than Edmonton has, and it will be interesting to see how the Oilers navigate their general stinginess. Seattle is tied with Vegas for the division lead in goals against, meaning the Oilers are probably going to need to get a goal or two from someone further down in the lineup if they’re going to win. That said, Seattle is also ranked 31st on the PK so maybe we’ll be saved by the power play again, but as we saw against Vancouver a week ago, expecting success with the man advantage just because the opponent hasn’t had success doesn’t always work. And seeing as we’ve got two big points on the line, I’m hoping that everyone in a white uniform showed up to Climate Pledge Arena ready to work.
Let’s see what the numbers say.

Hyman-McDavid-Puljujarvi
Janmark-RNH-Kostin
Foegele-McLeod-Yamamoto
Holloway-Hamblin-Ryan
Nurse-Ceci
Kulak-Barrie
Niemelainen-Bouchard
Skinner
What I’m most interested to watch today is whether the boys can execute at a higher level than they did on Wednesday Tuesday night against the Flames. There were times when the passes were either a foot too long or too short, the breakouts were an adventure, and the boys got hemmed into their own zone because they just weren’t dialed in. Thanks to Stuart Skinner, the Oilers picked up two points and the second series win over the Flames in a calendar year 😉 but I think it’s fair to see it would be nice to not need 46 saves, ya know?
****UPDATE**** Draisaitl is out for the Oilers, Skinner gets the start.

Schwartz – Wennberg – Burakovsky
McCann – Beniers – Eberle
Donato – Gourde – Bjorkstrand
Tanev – Geekie – Sprong
Larsson – Dunn
Oleksiak – Schultz
Soucy – Borgen
Grubauer
As I was looking at the Kraken’s team stats leading up to this game, the first thing that stuck out to me was how they’re getting a lot more depth scoring than the Oilers do. While there’s no doubt whatsoever that our top end produces more than theirs does, the rest of the roster tells a much different story. The Kraken have six guys in their lineup with between five and eight goals whereas the Oilers have only three — not counting Evander Kane because he hasn’t played for nearly two months — and having so many guys chipping in will be a challenge to be aware of on the defensive side of the puck. At this stage, Seattle has more guys throughout their lineup that are likely to burn you if you make a mistake and the Oilers will need to make good puck choices to avoid that from happening.

From Sound of Hockey:

McDavid and the Edmonton Oilers will also look to gain ground on the Kraken in their first matchup this season when they visit on Friday. I cannot figure out the Oilers this season, as I expect them to make a run sooner or later, but it just has not happened… yet. The goaltending has been underwhelming but on par with the Kraken, so it feels like the lack of depth scoring makes it challenging for this team to win hockey games. That being said, I would never count out a team that has McDavid and think it is just a matter of time before he wills this team onto a hot streak. 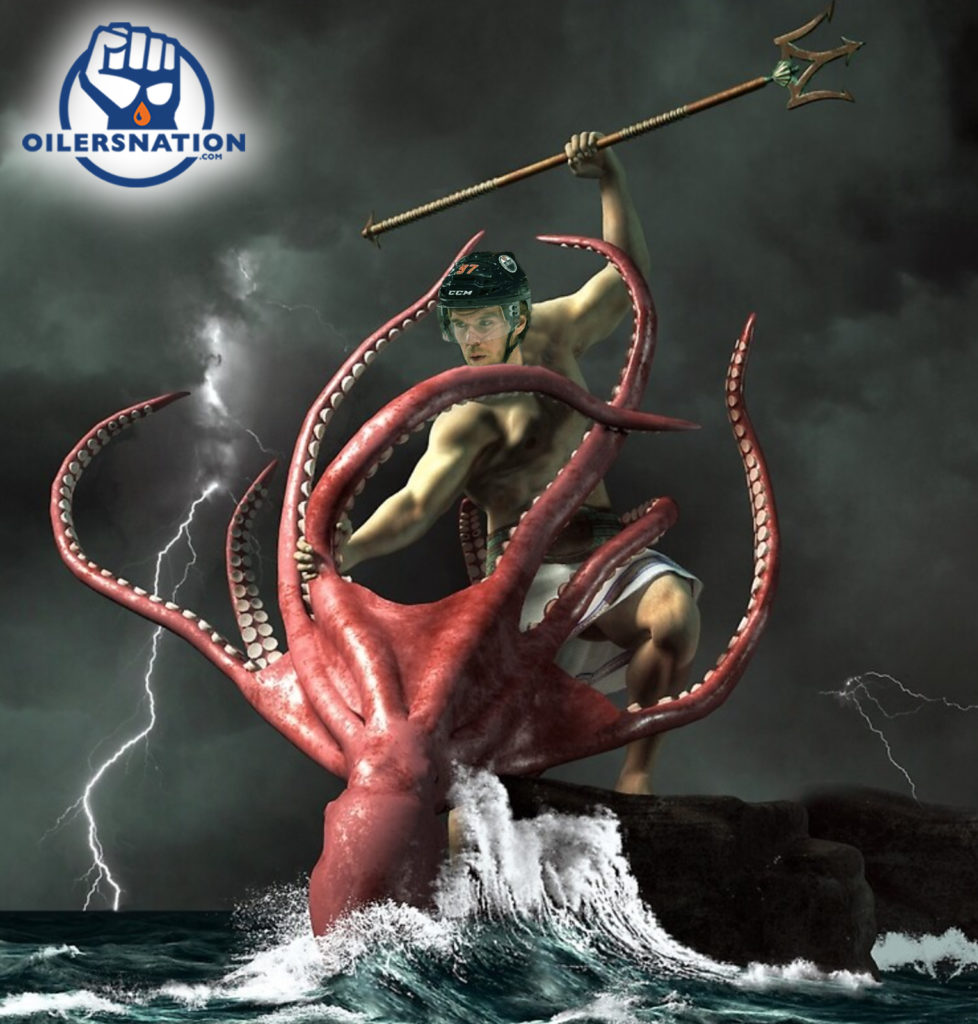