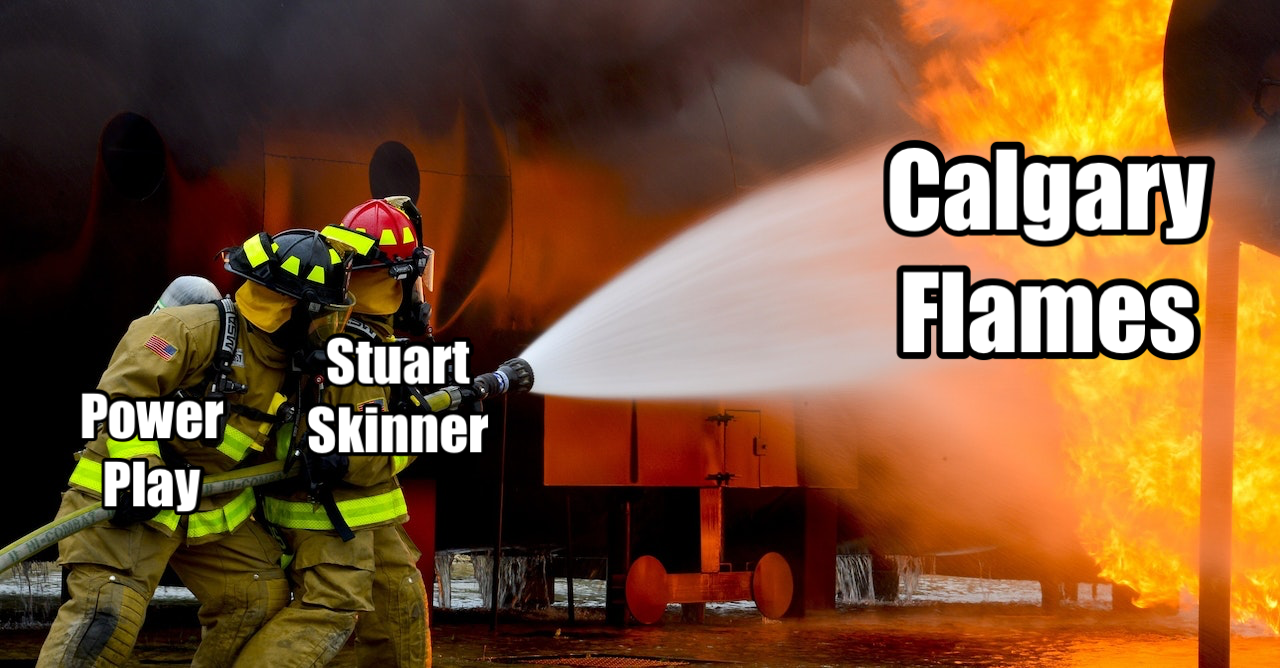 By baggedmilk
1 month ago
Comments
Thanks, Stu! Final Score: 2-1 Oilers
Welcome to our Oilers game day content presented by NHL lines site Betway!
It’s weird to come into an Oilers game at this stage of the season and have no idea what to expect, right? That’s where I was at today anyway. When Tyler and I were recording Oilersnation Radio, we talked about how frustrating it is to never know what’s coming in a year when we should be watching dominance more often than not. So when the boys started the game with no legs and poor puck choices, I wasn’t exactly feeling hopeful that we were going to see the effort required to beat a Calgary Flames team that seems to feast on our mistakes. And when the Oilers could only muster a trio of shots on goal past the midway point of the frame, the vibes were about as positive as a fart-filled elevator full of people. But as the period progressed, the Oilers found their form a little bit which allowed them more time in the offensive zone and ultimately chances to put pucks on net. After weathering an early storm that saw the Flames run the show for the first 10 minutes, the play started flowing back and forth much more evenly. Something to build on? I certainly hoped so.
Advertisement
Ad
Advertisement
Ad
Advertisement
Ad
Advertisement
Ad
With the first goal looking like it was going to be a big one based on the way the first period went down, my hope was that the Oilers would find a way to grab it based on the way they finished the frame. The tricky part, of course, would be to get a quick start to the period to maybe catch the Flames slacking. But as we’ve seen countless times before, the first handful of shifts back from the intermission were pretty ugly for the Oilers, and that sloppiness allowed Mikael Backlund to open the scoring on the back of a rebound he found right in the slot. Thankfully, the boys showed some nice resilience as Tyson Barrie knotted the score just under three minutes later with a blast from the point that beat Markstrom on the glove side. It was the counterpunch that the Oilers needed, keeping themselves in the mix despite getting generally outplayed. Tied once more, these two teams had this game flowing in a way where it truly felt like it was going to take a greasy one to get the job done. The major question then became which goalie would make that critical mistake. Through 40 minutes, it didn’t look like either Skinner or Markstrom had any interest in being the one to let the rubber match slip away. Tied at one with a period left to play, the Oilers had a chance to grab a point or more provided that they didn’t allow themselves to cave under the pressure.
Advertisement
Ad
Advertisement
Ad
Unlike what we got in the second period, the first step to making that happen was to be a willing combatant from the moment the puck dropped without taking a minute or 10 to get their asses in gear. I wanted to see some desperate hockey for once, ya know? But once again, it was the Flames that had all of the legs. Almost as if hanging on for dear life was a plan, the Oilers were getting worked in every way, and had it not been for Stuart Skinner then this game would have been long over. But then just when you thought that the Flames were going to reclaim the lead, the Oilers got a third power play attempt that Connor McDavid used to slide his team into a lead they probably didn’t deserve. But with a lead in their pocket and Skinner looking unbeatable, it started to look like we might steal one. That was, of course, if they could get through the final push. Time slowing down as the seconds ticked away, the Flames put 24 shots on net in the third period to the Oilers’ paltry four, but it was Stu’s heroics, some luck from the post, and the power play snipe by McDavid that ended up being the difference. Say what you will about how we got here, but those are two big points for the Oilers.
The wrap.

Could be all the black mold, festering spittoons and asbestos in the dressing room too

Dear God. Now wonder Calgary fans are the way they are. Look at this panel.

No Oiler on the ice even looks at Weegar. I don’t care what the score is. McDavid is their meal ticket and to do absolutely nothing is a joke.

You mean icing isn’t a strategy?

You'd never get through the mustache