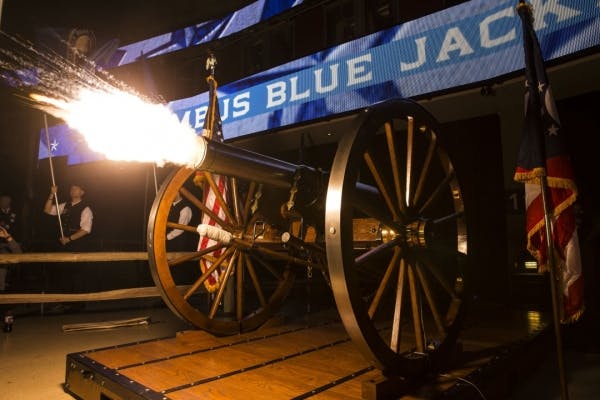 By Cam Lewis
9 months ago
The Edmonton Oilers will head to Columbus to face the Blue Jackets for a matinee game on Sunday, so here are your Game Notes, one day early.
1. I mentioned this in my Around The West post earlier today, but the Oilers are pretty much locked into their spot in second place in the Pacific Division and fifth place in the Western Conference after locking in their playoff spot on Friday night. The Vancouver Canucks and Vegas Golden Knights can no longer catch the Oilers in the standings and two more points by Edmonton would put them out of reach of the Los Angeles Kings. The only question now is whether they’ll be facing the Kings, Golden Knights, or Canucks. It’s very likely to be L.A., but Vegas and Vancouver are still technically possibilities.
2. With that in mind, it’ll be interesting to see if Jay Woodcroft and Co. opt to rest some of Edmonton’s key players over these remaining four games. There’s an argument to be made on both sides of the coin here. These games are largely meaningless in the standings, so you can safely remove the risk of a player suffering an injury right before the playoffs. There’s also something to be said for momentum. The Oilers are rolling right now and punting a few games in late April might take the team out of their groove.
3. @Auston Matthews is currently dealing with an “injury,” which is more than likely just the Maple Leafs opting to give their most valuable player some time to rest the wrist that he had surgery on back in August. The Leafs won their first two games without Matthews over the New York Islanders and Philadelphia Flyers, two non-playoff teams, but then got spanked by a score of 8-1 by the Tampa Bay Lightning, the team they’re probably going to see in the first round. Having a healthy and well-rested Matthews for the playoffs is great, but giving Tampa that confidence right before the playoffs isn’t ideal.
4. Anyways, if the Oilers don’t rest anybody and just ride things out, here are some statistical milestones to watch over the course of these last four games…
5. The Blue Jackets are on a four-game losing streak and they’ve gone 3-8-4 dating back to the trade deadline. Boone Jenner and Joonas Korpisalo are out with injuries and Patrik Laine and Zach Werenski are also currently listed as day-to-day so there’s no guarantee they’ll be in the lineup against the Oilers.
The Oilers have beaten the Blue Jackets five times in a row. They won their other meeting with Columbus this season by a score of 5-2, right in the middle of the stretch in which the Oilers won just two of 15 games in December and January. The Oilers beat the Blue Jackets by a score of 4-1 two different times in 2019-20 and they beat Columbus 4-0 and 4-1 within the span of a few weeks during the 2018-19 season.
The last time the Blue Jackets beat the Oilers was March of 2018 with Columbus cruising to a 7-3 win. Only three players who suited up for Columbus in that game are still with the team: Zach Werenski, Oliver Bjorkstrand, and Boone Jenner. The likes of Sergei Bobrovsky, Seth Jones, Artemi Panarin, Cam Atkinson, and Nick Foligno have all moved on.