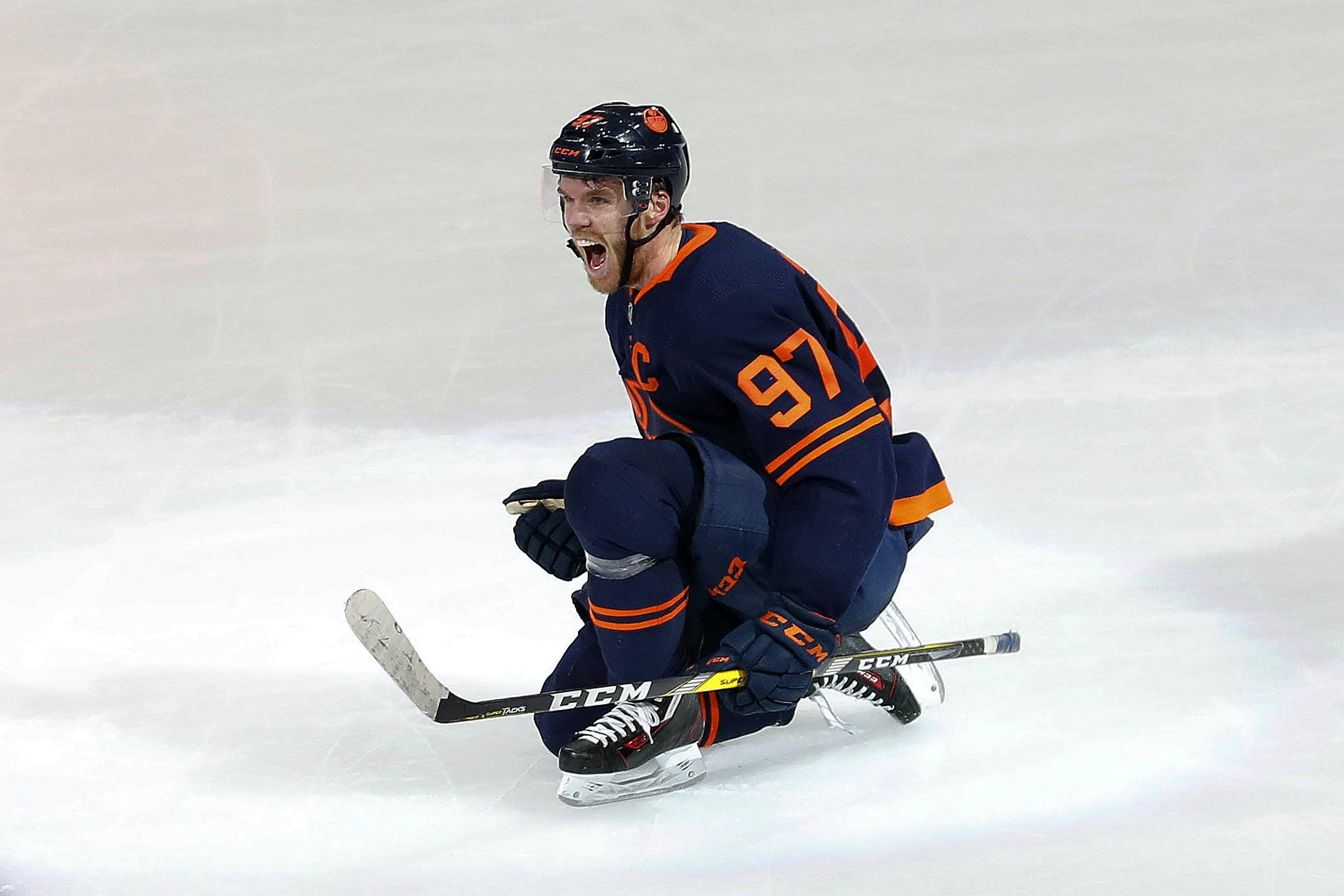 By Jason Gregor
6 days ago
The Los Angeles Kings need more consistent goaltending. Jonathan Quick and Cal Petersen each have Sv% below .900 and both have negative goals saved above expected. The Oilers’ fourth-ranked offence needs to ensure those struggles continue tonight.
— Petersen has an ugly -1.55 goals above expected, which ranks 63rd among goalies, while Jonathan Quick is at -0.49, which ranks 45th. To put it in perspective, Jack Campbell ranks 62nd at -1.16. Stuart Skinner ranks 14th at +0.27 and Edmonton should have a clear advantage in goal with Skinner getting his seventh start of the season.
— The Kings have been able to overcome their goaltending many nights, managing to go 10-7-1 and sit second in the Pacific division. 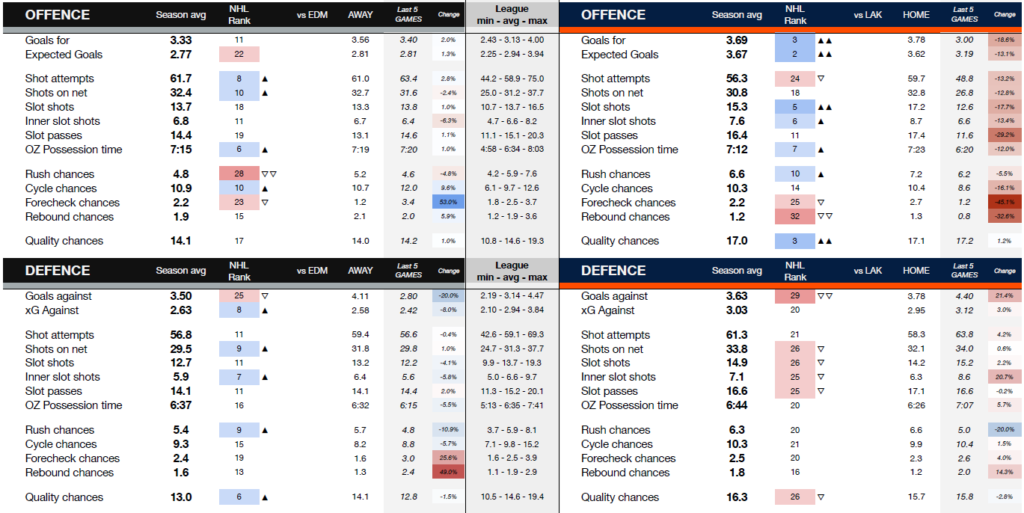 — The Kings rank top 10 in five different defensive categories (via Sportlogiq). They are 25th in goals against, but eighth in expected goals against. Those are not flattering numbers for the Kings’ goalies. Quick has posted a Sv% above .900 in only five of his 12 games and Petersen has been over .900 in two of six games. In 10 starts Campbell has five games over .900 and five below, while Skinner has been above .900 in four of his six starts.
— Connor McDavid has 22 points during his 10-game point streak, while Leon Draisaitl has produced 20 points during his 11-game streak. This is the sixth time Draisaitl has had a streak of 11 games, and his career-best was 14 games in 2018-19. This is McDavid’s eighth streak of 10 games with his career-best being a 17-game streak which he achieved last year. McDavid had 32 points in those 17 games and already has 22 during this 10-game run.
— McDavid achieved his first assist streak of 10 games and is the fifth player in Oilers history to do it. Glenn Anderson (10 games) and Jari Kurri (15 games) each did it once, while Paul Coffey did it four times (17 games was his longest) and Wayne Gretzky did it 11 times (17 games was his longest).
— Edmonton enters the game fourth in offence averaging 3.69 goals/game. They need to exploit the Kings’ inconsistent goaltending, while also being aware defensively. Edmonton has scored 3.78 goals/game on home ice, but they’ve also allowed 3.78.
— The Oilers are 4-5 at home and haven’t taken advantage of home ice like they did last season. Edmonton won the sixth most home games (28) and had the ninth most points and points%. But this year they are tied for 22nd in home points%. They need to make Rogers Place a tough place for opposing teams again. They can start by being better on the PK. Their penalty kill has allowed the most goals on home ice with 11.
— The Oilers are 9-2 in their last 11 regular season home games vs. the Kings but have only scored more than three goals twice. They’ve won by limiting the Kings offensively.
— Warren Foegele played a season-high 16:04 in Florida and got the game winning goal, after starting the play by creating a turnover in the offensive zone. He’s never been a consistent top-six producing winger, but Edmonton needs him to be one for a few weeks. He got promoted to Leon Draisaitl’s line for the final two periods and played well. He will need to continue that for a few weeks, and possibly longer with Evander Kane out and Jay Woodcroft being protective of Dylan Holloway’s minutes.
— Kailer Yamamoto didn’t skate yesterday and won’t play tonight. If he is on the ice tomorrow, he might play Saturday. Tyler Benson has been skating with the club for a week, and I wonder if he gets a conditioning stint in the AHL for a few games. Benson has a strong training camp and preseason, and right now he fills the fourth line role better than Holloway. I’d rather have Holloway playing top-line minutes in the AHL than seven minutes in the NHL.
— The Kings’ special teams aren’t great overall. Their power play is 18th at 20.3%, which is decent, but their PK is similarly inept as the Oilers sitting 26th at 74.6%. In their past 10 games, the PP has improved to 24.3%, but their PK has been brutal at 67.7%, which is lower than the Oilers’ (68.3%). The main difference on the PK is that the Oilers still take too many penalties. Over the past 10 games, they’ve averaged 4.10 times shorthanded/game, while the Kings are at 3.10. LA’s penalty kill isn’t good, but they limit the times they have to kill.
Editorials
Featured
Oilers Talk
Recent articles from Jason Gregor