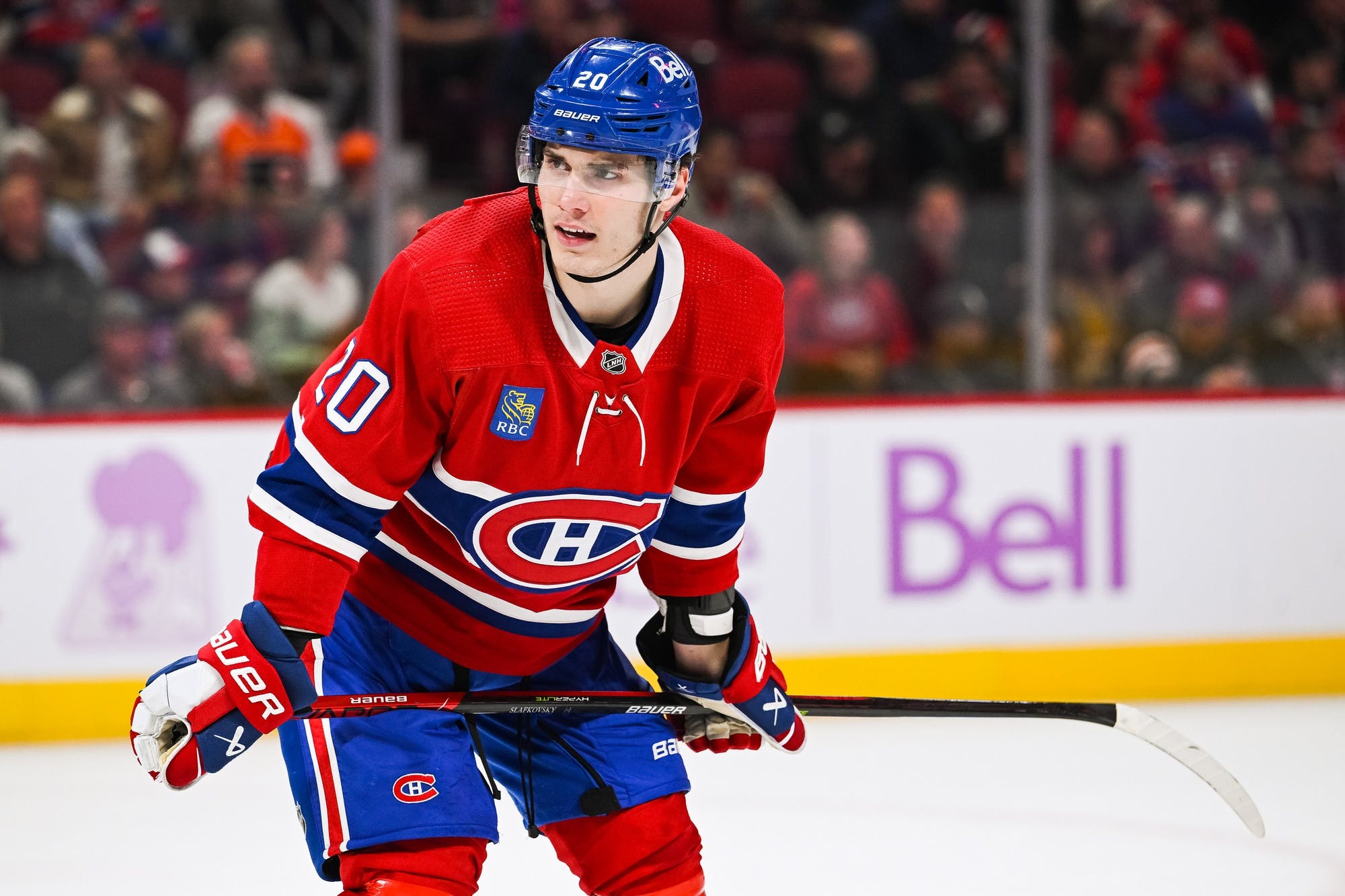 By Cam Lewis
1 month ago
The Edmonton Oilers kicked off December with what was pretty much a scheduled loss, as they fell by a score of 5-3 to the Minnesota Wild playing their third game in four nights all in different cities.
December is a pretty busy month for the Oilers. They play 15 times in 31 nights with the three-day Christmas break representing their longest time off between games. But unlike the gauntlet in November, the schedule in December is loaded with teams who are behind the Oilers in the standings.
It’s a prime opportunity for the Oilers to put some wins together and separate themselves from the middle of the pack.
1. The Oilers are starting a four-game homestand on Saturday evening by hosting the Montreal Canadiens, who kicked off a four-game swing through the Pacific Division with a 2-1 win over the Calgary Flames on Thursday. That win was highlighted by a goal scored by No. 1 overall pick Juraj Slafkovsky just 13 seconds into the first period and a 45-save effort from Jake Allen.
2. The Habs have a 12-10-1 record this season, a significant improvement from where they were at the beginning of December last year when they had a 6-16-2 record.
Montreal fired head coach Dominique Ducharme following a 7-1 loss to the New Jersey Devils in February of last season that put them at 8-30-7. They replaced him with Martin St. Louis, a Hall of Fame player with no high-level coaching experience, and they went 14-19-4 the rest of the way.
3. A big part of the Habs’ turnaround has been a much tighter team defence than the mess they had going on last season. Montreal allowed the fifth-most shots against at even-strength in 2021-22 and they finished dead last in terms of goals against. This season, they’re 11th in the league in shots against at even-strength, sandwiched between the Dallas Stars and Tampa Bay Lightning, and they’re right in the middle of the pack in terms of goals against. They also boast a strong penalty kill at 82.28 percent, which ranks sixth in the league.
4. While Montreal’s team defence has taken a big step forward from last year to this year, the same can’t be said about their offence. Cole Caufield and Nick Suzuki are leading the way with 13 and 12 goals respectively and the Habs’ next-highest goal scorer is a three-way tie between Sean Monahan, Mike Hoffman, and Josh Anderson, who each have five goals.
There are a lot of underperforming forwards on this year’s Habs. Brendan Gallagher is making $6.5 million and has three goals, Evgeni Dadonov is making $5 million and has one goal, and Joel Armia is making $3.4 million and hasn’t scored a goal yet over 13 games played. Hoffman and Anderson sitting at eight and seven points respectively with the money they make also certainly leaves a lot to be desired.
5. It’ll be interesting to see how the Habs approach the trade deadline this season. Last year, they leaned into a blow-up, trading away Tyler Toffoli, Ben Chiarot, Artturi Lehkonen, and Brett Kulak. They only have two impending unrestricted free agents, Monahan and Dadonov, and the rest of the team’s roster is under control beyond this season.
Would anybody be interested in taking on a contract like Anderson’s or Gallagher’s with four years left on them? Would the Habs have to retain money in order to get anything significant in return?
One player who could make sense for the Oilers is veteran defenceman Joel Edmundson. He’s paid $3.5 million for one more season and is a veteran, left-handed defenceman who can handle heavy defensive zone assignments. Edmundson could form a shutdown pairing alongside Cody Ceci and Evan Bouchard could move up and play with Darnell Nurse on the team’s top pairing.
Featured
Gameday Previews
News
Recent articles from Cam Lewis