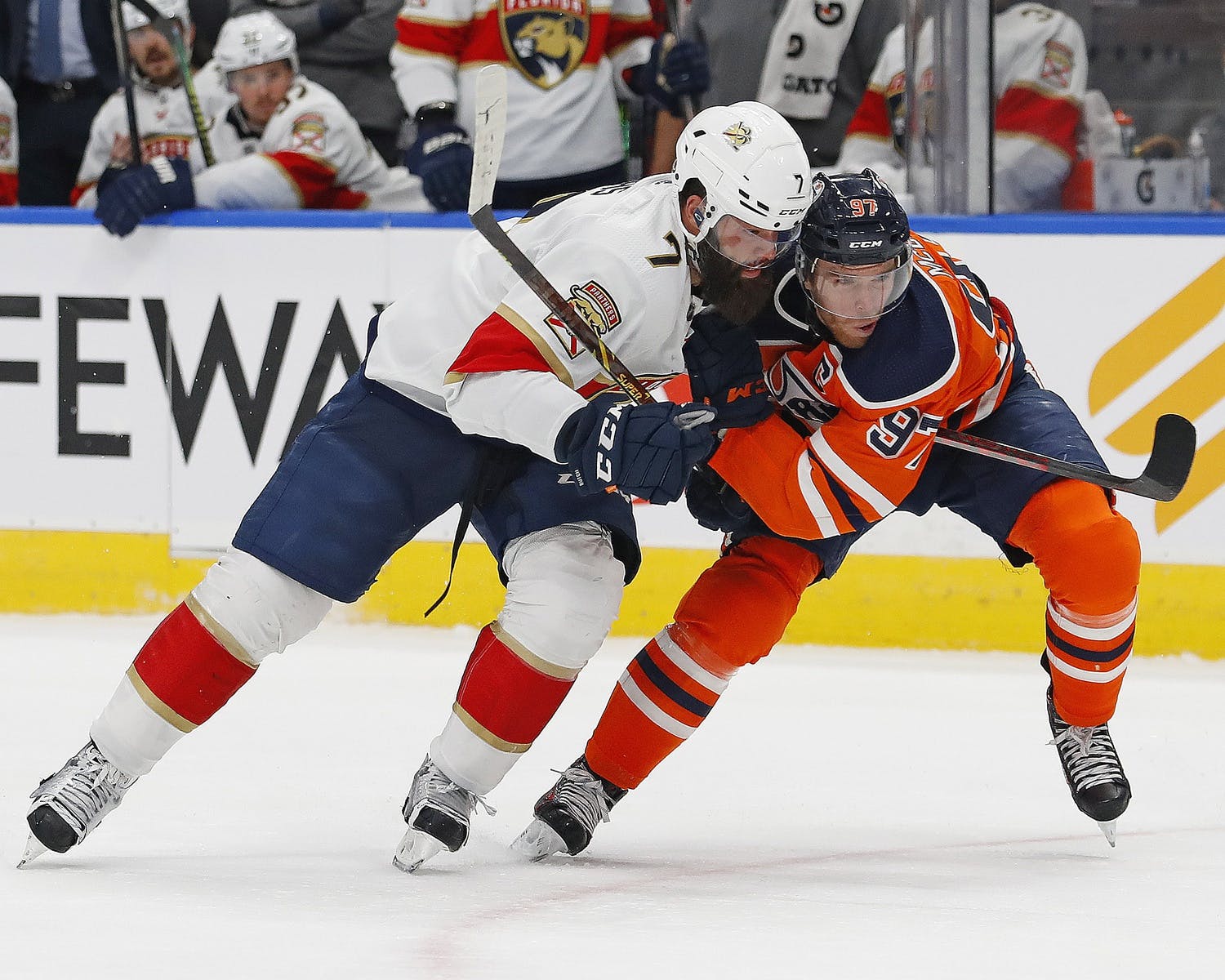 By baggedmilk
9 months ago
No better way to start your Saturday than a fresh caesar and an Oilers game, amirite? Ladies and gentlemen, it’s game day.
I don’t know about you fine folks, but there is nothing I love more than a good matinee to kick start my weekend. There’s just something about mixing breakfast foods and the Edmonton Oilers that makes me infinitely happy, and I’m hopeful that my love of a good boozy breakfast will be paired with a big win for the boys. Caesars and hockey? Life doesn’t get much better than that from where I blog. As much as the Panthers are a very, very good hockey club, I also think that our side is no slouch either now that we’ve got the right man behind the bench that seems to have everyone rowing in the same direction, and I’m hoping that means we’ll be in for a much different game than the one we saw a month ago. Yet, despite their improved play, the Oilers will need to come up with a detailed effort that sees the entire lineup working together for 60 minutes and anything less could result in two hours of saltiness for the rest of us.
If the Oilers are going to beat the Panthers, Captain Obvious’ first requirement is that the boys come up with the same effort level as they had against the Lightning on Wednesday. Right from the jump, the boys were buzzin’ and Tampa had a hard time handling the smoke. The second step, of course, would be for their goaltender to come up with a save from time to time, but maybe I’m just being a wishful thinker here. All I know for sure is that this is another game where the Oilers cannot let themselves go down by a pair early on or this thing could be over before it even gets going, and that’s an outcome I’d rather not have to start off my weekend. I don’t have to explain to anyone here why we need a much better performance between the pipes, but when a team pumps in goals like the Panthers do, there really is no other option. And seeing as both teams are riding two-game losing streaks, there’s an opportunity for the Oilers to get themselves back on track against a squad that isn’t quite on top of their game right now, but there is little doubt that it will take a near-perfect road game if they’re going to make that happen.
Let’s see what the numbers say.

McLeod – McDavid – Hyman
Kane – Draisaitl – Yamamoto
Foegele – RNH – Ryan
Benson – Shore
Nurse – Bouchard
Lagesson –  Ceci
Niemelainen –  Barrie
Broberg
Koskinen
With such an early game, I knew I wasn’t going to have accurate line combos by the time I was done writing so I just brought everything over from what Woodcroft ran with on Wednesday night. Whether it’s where guys are slotted to Koskinen starting in net, this is only temporary information until we get confirmation on what things will actually look like.

Verhaeghe – Barkov – Vatrano
Huberdeau – Bennett – Duclair
Marchment – Lundell – Reinhart
Mamin – Luostarinen – Hornqvist
Weegar – Ekblad
Forsling – Gudas
Juolevi – Montour
Bobrovsky
What can you say about today’s opponent apart from fully acknowledging how solidly they were built? From the crease to the forwards, the Florida Panthers are a team that can beat you in multiple ways and that will present a major challenge for the Oilers as they attempt to end this losing streak at two. I mean, just look at how many goals the Panthers score. That in itself is cause to be concerned and it will be fascinating to see how the Oilers’ 11-7 approach matches up with what Florida will likely be throwing their way all morning.

From the Miami Herald:

With his 74th point of the season, Huberdeau was back on top of the NHL leaderboard in the chase for the Art Ross Trophy. “Obviously, it’s pretty fun,” Huberdeau told NHL.com last month when discussing the points race, “but for me personally, this year is about the team.” Still, the race will be on full display this weekend in Sunrise: FLA Live Arena will host a rare collection of star power Saturday when Florida faces the Edmonton Oilers at 12:30 p.m.
Forwards Connor McDavid and Leon Draisaitl, who were both All-Stars for the Oilers, are tied for second in the league with 73 in 51 games. McDavid and Draisaitl are both clear contenders for the Hart Memorial Trophy, and the Panthers (35-12-5) are stumping hard for Huberdeau in the race, too. South Florida loves an event, and this meeting with Edmonton (28-20-3) should qualify.
“They’re playing much better of late and they’re a pretty scary dynamic duo,” interim coach Andrew Brunette said. All three do their scoring a bit differently. Huberdeau also leads the NHL with 56 assists — 11 more than anyone else — and his playmaking, right now, is unparalleled. His surge to the top of the leaderboard came in last month. The star left wing was 14 points behind McDavid at the start of January, then had 19 assists and 25 points in the month to jump to the top of the league. 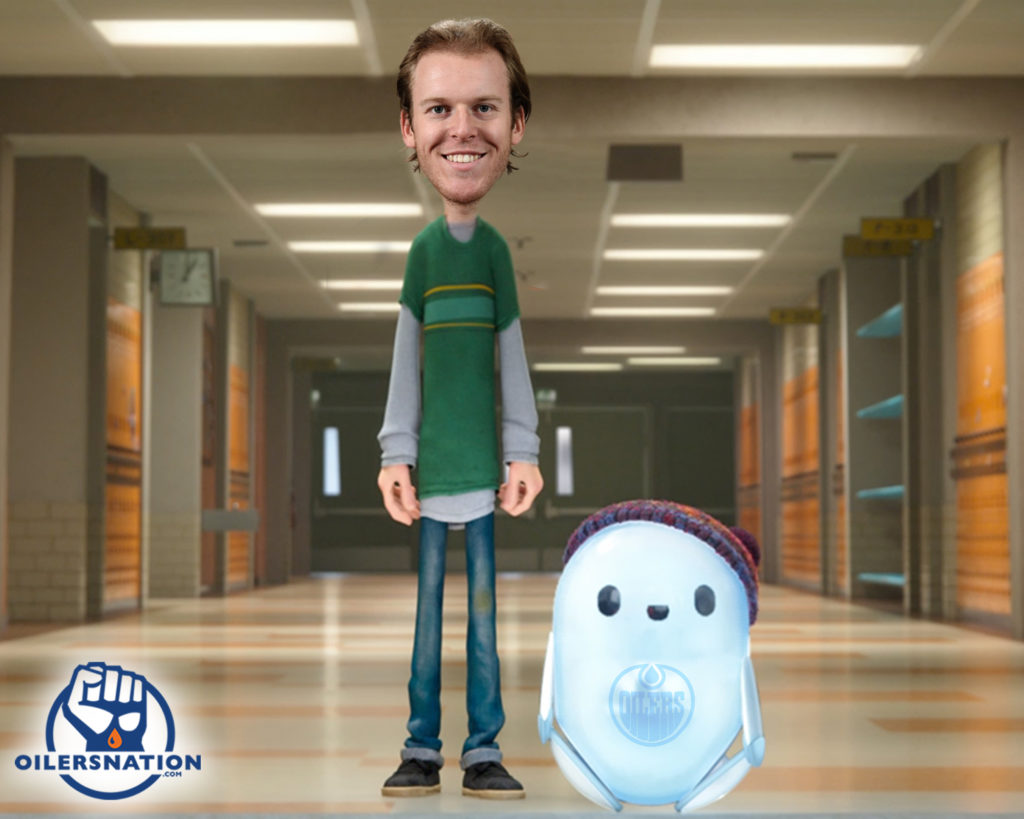 On this week’s podcast, we looked at the Oilers’ goaltending situation and whether or not there are any realistic moves the team can get done between now and the March 21st NHL Trade deadline.
Gameday Previews
News
Recent articles from baggedmilk