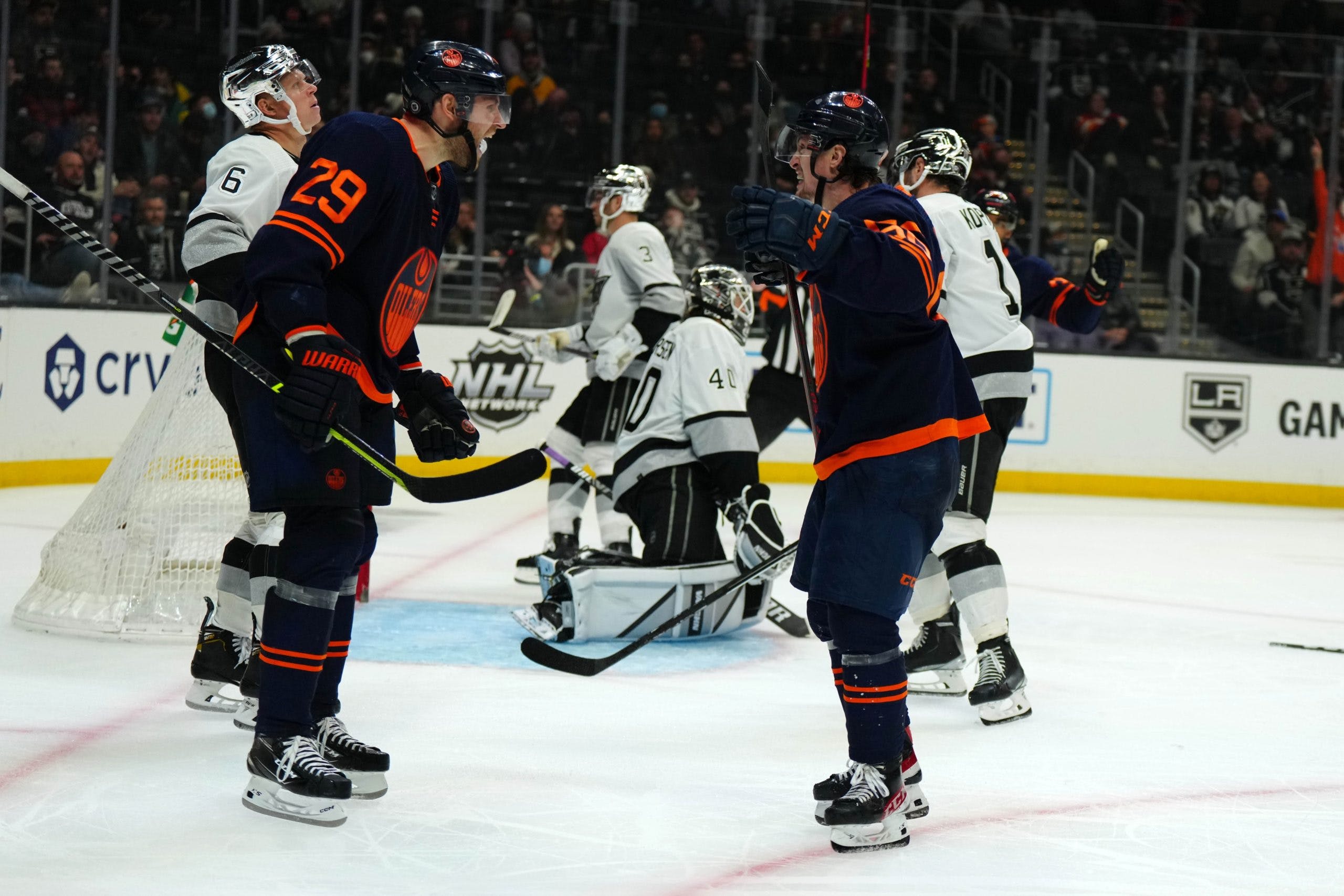 By Jason Gregor
8 months ago
Not all games are created equal, especially in the NHL where some games hand out three points instead of the usual two, but some games are more meaningful.
The Oilers dominated the last-place Arizona Coyotes on Monday. Edmonton was expected to win and they did. The two points helped them move within two points of the Los Angeles Kings for second place in the Pacific Division, with a game in hand. Tonight they face the Kings and while a win against the Kings would give the Oilers two points like their Monday victory did, the implications of a win tonight are much larger.
An Oilers regulation win would move them into a tie with the Kings, but they’d have a game in hand on LA, while an LA win puts them four points up on the Oilers. If the game goes to OT/SO, then the winning team only gains one point, thus increasing the importance of a regulation win involving two teams battling for home ice advantage in the first round.
Players and coaches will prepare the same as any game, but the emotion will be heightened because the final result means more than defeating Arizona. Players are more excited and so are fans. It is what makes a playoff race great, and hopefully, that leads to a more entertaining game.
The Oilers should be very confident. They’ve won seven home games in a row and outscored their opponents 38-16. The Oilers have scored 4, 4, 7, 6, 6, 5, and 6 goals during this streak. They’ve outshot teams 280-217. They’ve had 40+ shots five times.
They’ve only won seven (or more) consecutive home games nine times in franchise history.
Nine: March 14th to April 9th, 2017.
Eight: January 19th to February 22nd, 1985, February 24th to April 2nd, 1986 and March 16th to April 19th, 2021.
Seven: November 21st, to December 19th, 1981, October 17th to November 20th, 1987, February 4th to March 2nd, 2008, November 20th to December 21st, 2019 and March 9th to tonight.
A victory tonight for the Oilers would mean they only have to play 7-7 in their final 14 games to reach 95 points, which I see as the cutline to make the playoffs.
While the Oilers can only earn two points with a win, they can stop the Kings from gaining any and move into second place. It is a big game and I expect the Oilers’ focus to match the heightened importance.

Kane – McDavid – Puljujarvi
Hyman – Draisaitl – Yamamoto
Brassard – RNH – Archibald
Foegele – McLeod – Ryan
Nurse – Ceci
Keith – Bouchard
Kulak – Barrie
Koskinen
No lineup changes. They only have six defencemen on the roster and unless they get an injury in game, I don’t think they will recall any from Bakersfield. I wouldn’t read too much into @Zack Kassian and @Devin Shore sitting out for a second consecutive game. Woodcroft said the final 18 games will be an audition for players to see who plays in the post-season and that is what will occur down the stretch.
Kings
Iafallo – Kopitar – Kempe
Moore – Danault – Arvidsson
Valardi – Byfield – Kupari
Grundstrom – Andersson – Kaliyev
Bjornfot – Durzi
Maatta – Stetcher
Edler – Spence
Quick
The Kings are missing their top four defenders in @Drew Doughty, Mikey Andersson, @Sean Walker and Matt Roy along with four bottom six forwards in @Dustin Brown, @Andreas Athanasiou, Blake Lizotte and Brendan Lemieux. They only have 12 forwards on the road trip. They are a beat-up bunch. 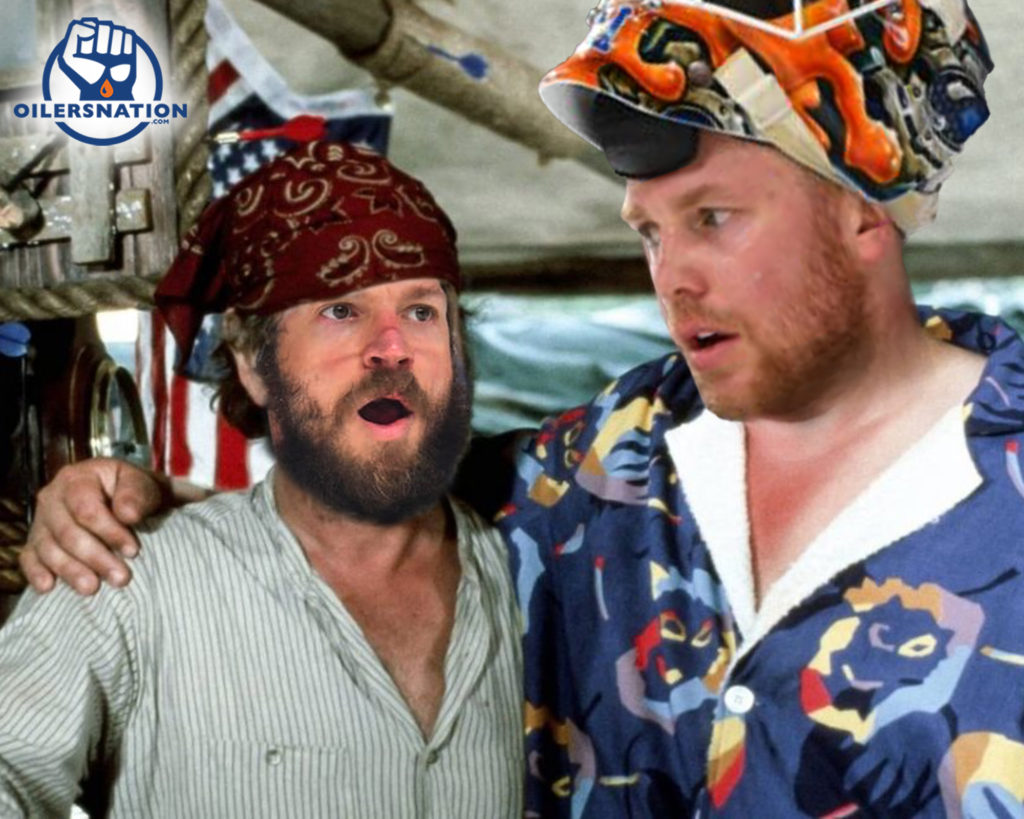