By Jason Gregor
9 months ago
On the 51st night of the 2021-22 NHL season, the Edmonton Oilers defeated the Pittsburgh Penguins 5-2 and improved their record to 16-5. The loss dropped the Penguins’ record to 10-8-5. The Oilers won that game without Darnell Nurse, Cody Ceci or Duncan Keith. All three were injured and replaced by William Lagesson, Markus Niemelainen and Philip Broberg.
While the Oilers enjoyed a great first 51 days of the season, the Penguins were plugging along with a .543P%. But then the teams when in completely different directions.
Over the next 51 days from December 2nd to January 21st, the Oilers were the worst team in the NHL going 2-11-2. Meanwhile, the Penguins had their best stretch of the season going 15-2.
Edmonton was outscored 62-35.
Pittsburgh outscored teams 71-40.
The Oilers struggled in every facet of the game, while the Penguins looked like a dominant force. But then both teams changed directions again.
The first 102 days of the season were complete opposites for both clubs, and at that point you didn’t know how good or bad either team was. Both had a great stretch and a terrible stretch.
Since the rollercoaster first 102 days, the Oilers have settled down over the past 95 days (43 games) and are tied with Toronto and Minnesota for the fifth best record in the NHL. The Penguins’ last 40 games have them sitting with the 16th best record. The odd thing about the Penguins in that stretch is they are 13th in goals/game and seventh in goals against/game, yet they’ve only won 20 of 40 games.
Their offence ranks 13th since January 22nd, but they’ve scored 50 goals in eight games and won them all. But in their other 32 games, they averaged 2.43 goals/game. Their offence, for 80% of their recent games, has struggled to produce and it is the main reason they’ve lost nine games by one goal and another three in shootouts. They are doing a good job of limiting goals against, but in 32 of their previous 40 games, their offence hasn’t been consistent enough.
The Penguins’ top scorers are producing. Sidney Crosby has 53 points in 39 games, Jake Guentzel has 43 in 40 and Evgeni Malkin has 34 in 33 games. Bryan Rust and Kris Letang have 32 and 30 points respectively. The issue has been depth scoring for the Penguins. They don’t have enough of it lately.
Meanwhile, the Oilers, who struggled for years with a lack of depth scoring, have been getting solid contributions throughout their lineup since January 22nd.
They have 11 players with 18+ points. The Penguins have six.
The Penguins’ top four goals scorers, Crosby (21), Guentzel (19), Malkin (16) and Rust (15) have combined for 71 goals.
The Oilers’ top-three goal scorers, Draisaitl (29), McDavid (24) and @Evander Kane (21) have combined for 74. Then add in another 25 goals from Zach Hyman (14) and Kailer Yamamoto (11) and those five Oilers have as many goals as the Penguins’ top-eight goal scorers.
The rest of the Penguins lineup has produced 29 goals. The remainder of the Oilers skaters have chipped in 59 goals.
The Oilers’ depth scoring has been excellent for the past 43 games and for them to have success in the post-season it needs to continue. They have the elite producers in McDavid and Draisaitl, and Kane has given them a legitimate third threat up front. Combine the solid offence with a better systemic defensive approach and a heightened commitment away from the puck, and the Oilers have become a top team in the regular season.
The next step is to become one in the playoffs. McDavid and Draisaitl would love nothing more than to match the playoff success of Crosby and Malkin.

Kane – McDavid – Yamamoto
McLeod – Draisaitl – Hyman
Foegele – RNH – Ryan
Brassard – Shore – Kassian
Kulak – Ceci
Keith – Bouchard
Russell – Barrie
Smith
***Edited after…Kulak and Russell have swapped pairings. Kulak will play with Ceci. If Nurse isn’t ready for playoffs it makes sense to promote Kulak. He is better suited to handle more minutes and tougher matchups.**
The first time these teams met on December 1st, the Oilers won 5-2 with a defence corps that didn’t have @Darnell Nurse, @Cody Ceci or @Duncan Keith. All three were injured. @Evan Bouchard, @Kris Russell, and @Tyson Barrie played along with William Lagesson, Markus Niemelainen and Philip Broberg. Ceci and Keith, along with Brett Kulak will replace the three young D, while Nurse will miss the Penguins for a second time this season.
Mike Smith is 9-0 in his last nine starts with a dazzling .948Sv%, a 1.77 GAA, and two shutouts. He has won eight games in a row, as due to the NHL’s odd rules, he was given the loss in the Calgary game when he relieved @Mikko Koskinen. Smith came in when Oilers trailed 5-4, and they lost 9-5. They never led, but since Edmonton scored one goal with Smith in net, the sixth Flames goal was considered the game winner, so Smith takes the loss. Odd rule. Regardless, Smith could win his 10th consecutive start tonight and that would tie Grant Fuhr for the franchise record.
Jesse Puljujarvi won’t play, but according to Woodcroft he is feeling better (illness) and they’d like to see him back in the lineup in one, or both, of the final two regular season games.

Guentzel – Crosby – Rakell
Heinen – Malkin – Rust
Zucker – Carter – Rodrigues
Boyle – Blueger – McGinn
Domoulin – Letang
Matheson – Ruhwedel
Pettersson – Marino
DeSmith
The Penguins have good scoring depth across their top-three lines. Some guys haven’t produced as well as they’d like lately, but the Oilers need to be on their toes defensively or the Penguins could score in bunches. 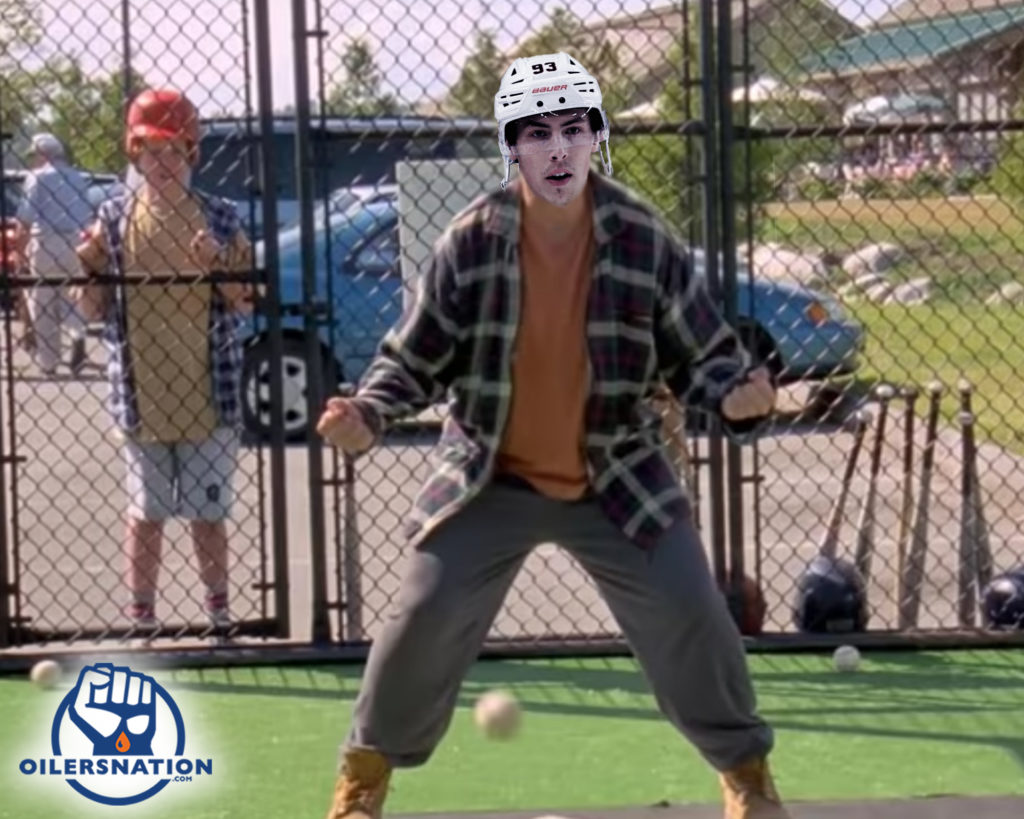