GDB 58.0 Wrap Up: Oilers grind out a massive 4-3 OT win over the Capitals, sweep season series 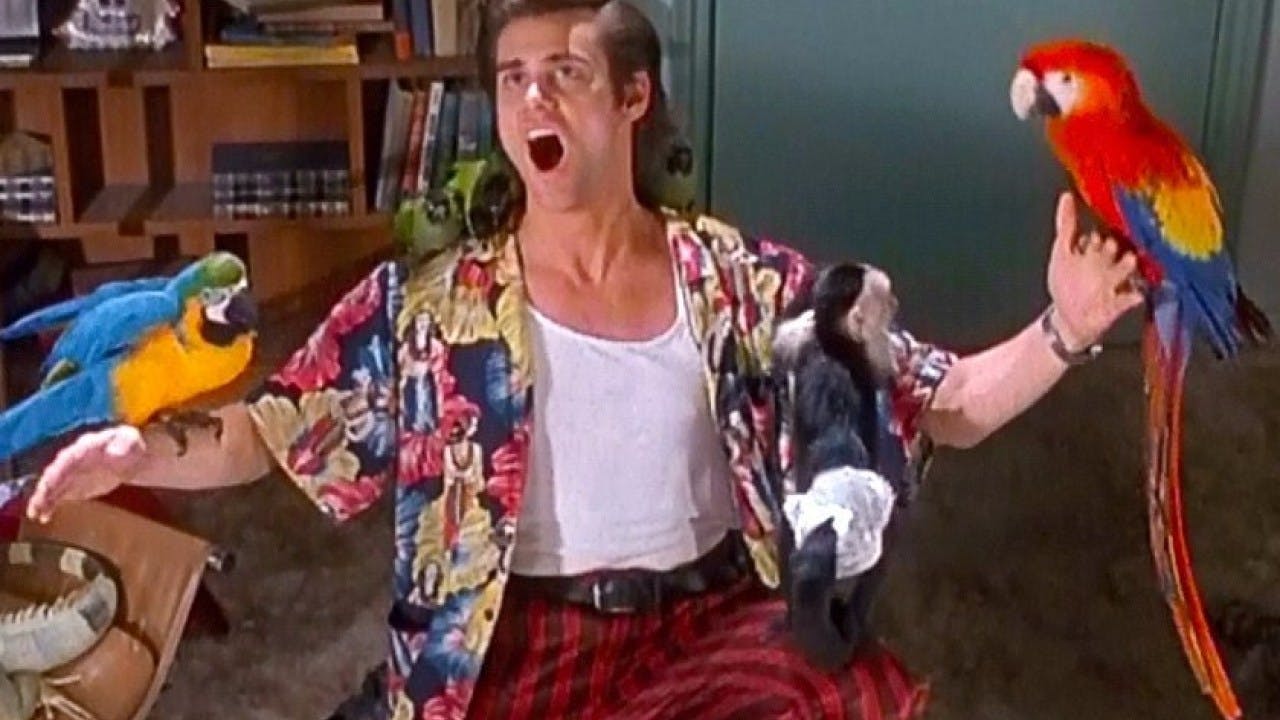 By baggedmilk
8 months ago
Brad Malone, we speak your name. Final Score: 4-3 Oilers in OT
When these two teams last met up just over a month ago, the Oilers came roaring out of the gates with three straight goals in the first period that more or less set the table for the two points they cashed in when all was said and done. While I didn’t expect another field goal to start off tonight’s rematch, I was absolutely expecting the Oilers to hit the ice with the same kind of urgency — anything less at this point in the season is unacceptable. The good news is that the boys came out firing, they had some jump, Koskinen was ready to go, and they got the kind of start they needed to make sure everyone got their legs moving without having to chase on the scoreboard again. Even better was the way they carried that energy throughout the frame — when was the last time Edmonton got 20 shots in a period — and it’s almost bad luck that they weren’t rewarded for the work. And let’s be honest, if the Oilers didn’t get goalie’d by Samsonov then we’d probably be celebrating the best first period this team has had in months.
As much as we liked what we saw in the opening, we needed to see some finish to go along with all of those shots on goal and I was hopeful that the Hockey Gords would be so generous as to grant us a little luck in making that happen. As play got underway, the Oilers were once again the better team by a fairly wide margin, but it was the Capitals that got on the scoreboard first after an unlucky bounce on Bouchard led to a weird spinning marker by Backstrom. Down but not out, the Oilers kept the game close with a trio of huge kills on the PK that denied the Capitals from extending their lead and paved the way for the good guys to claw their way back. Led by their special teams, the Oilers were able to execute on both sides of the coin and that allowed them to deny goals at one end while adding one at the other end. Once the game was tied, the vibes at Rogers Place really started to swing in Edmonton’s favour, and with another offside-goal challenge mixed in to keep it that way, my heart told me it was only a matter of time before the lead would be ours and that’s exactly what happened.
Up by a goal with 20 minutes to play, the Oilers were in a good spot to add a point or two to their tally but they needed to keep the pedal to the floor instead of trying to ride out the clock. And while I would say they did a decent job of rolling along, you knew the Capitals were going to be throwing everything they had on net to try and knot the score up, but it wasn’t until their fourth power play of the night that they were able to even things up. Even so, the Oilers were unphased. Instead of letting that tying goal shake the foundation of what they were building, the boys responded quickly with an unlikely goal from Brad Malone to restore the lead and set themselves back on the path to victory. What was most impressive for me was the resilience that the Oilers were forced to show at multiple points in this game, and how they were kept finding ways to rise to the challenge regardless of what the situation presented them. That’s the kind of jam that this team needs, ya know? As it turns out, the Oilers needed to dig deep once more after the Capitals managed to tie the game with only 1.8 seconds left on the clock, sending the game to overtime for a thrilling McFinish.
The wrap. 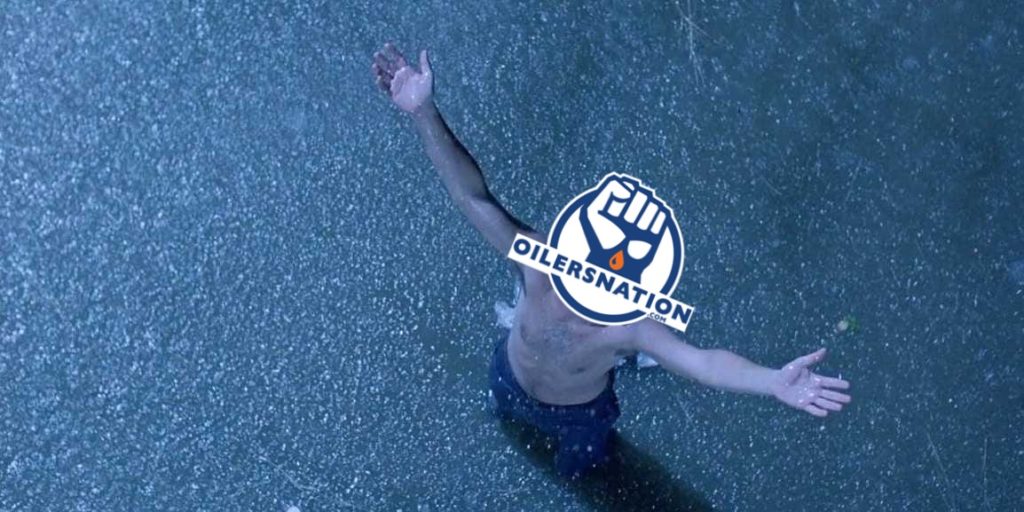 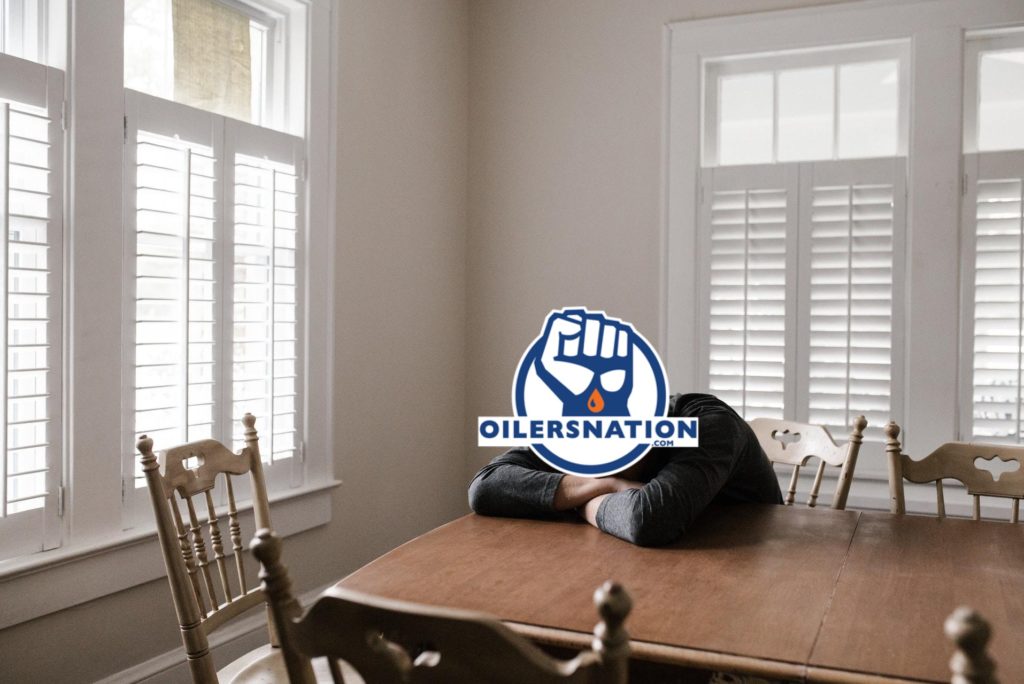 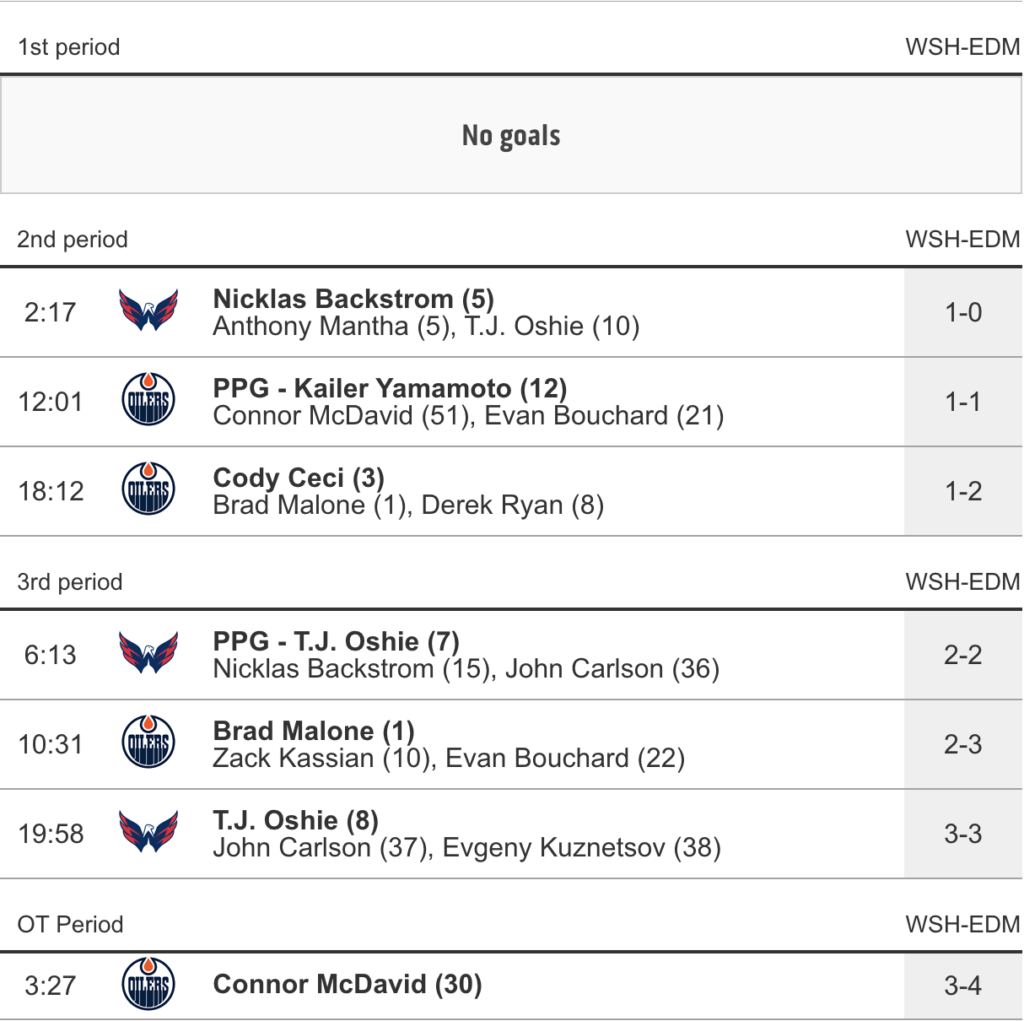