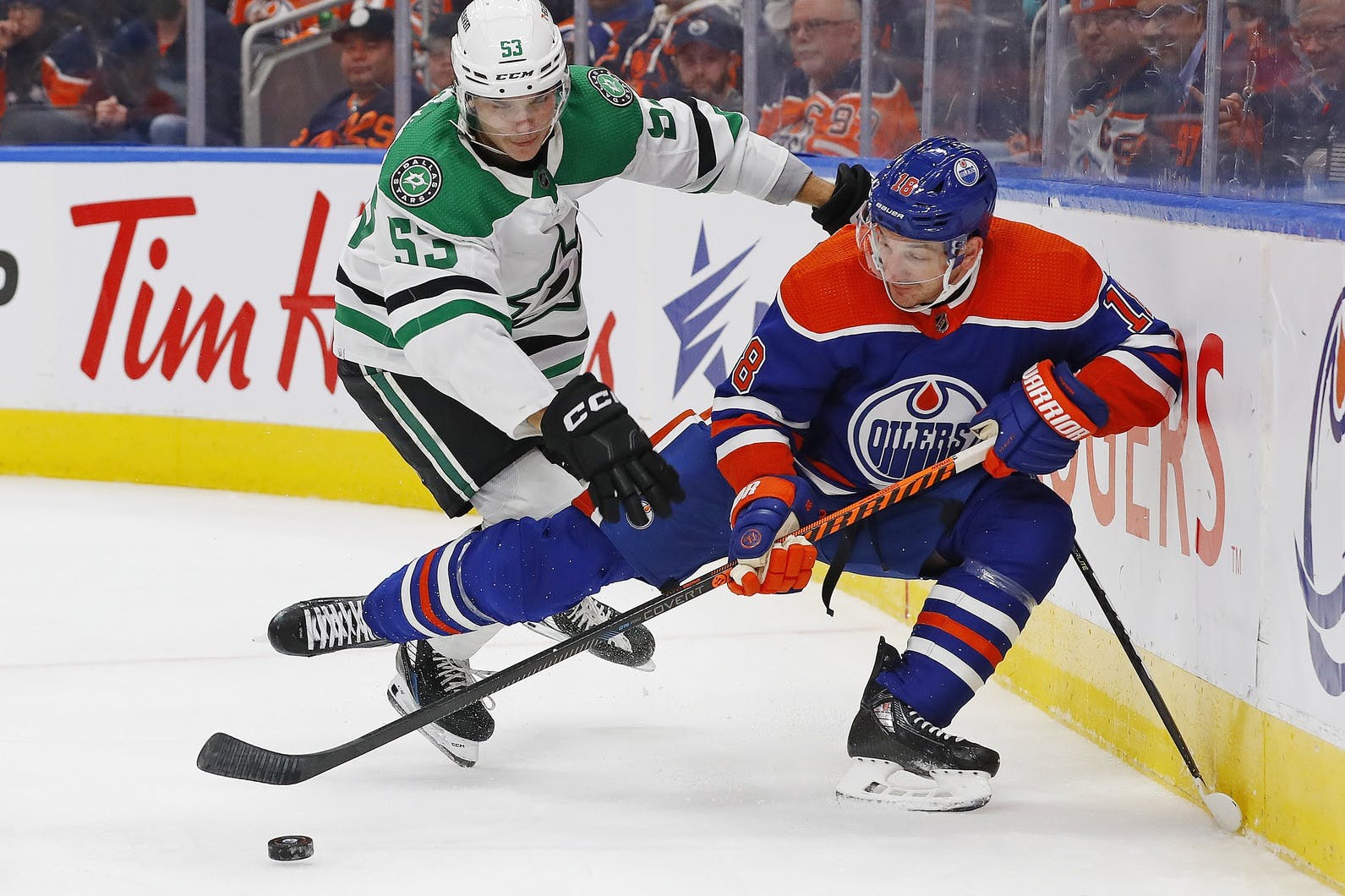 By Jason Gregor
1 month ago
Happy Winter Solstice — or is it Merry Winter Solstice? I’m not sure if there is a proper term when discussing the shortest day of the year in the Northern Hemisphere, but today is that day, so enjoy the few hours of freezing cold sunlight that we have. Today we have a mere seven hours and 28 minutes of daylight. But it could be worse. You could live in Oslo, Norway, where the sun rose at 9:18 a.m. and will set at 3:12 p.m. today. They didn’t even get six hours of daylight. Or course if you reside in the southern hemisphere, where only about 10% of the global population lives, today is the longest day of the year. It is fitting for Argentinians, as they are still celebrating their World Cup championship. What a party that has been.
Be sure to check out the latest Oilers game day odds from NHL betting site Betway
Why did I start the GDB talking about Winter Solstice? Because while today marks our least amount of daylight, things will get brighter tomorrow and moving forward, and I sense the same for the Edmonton Oilers. They can’t keep shooting themselves in the foot with such regularity. Can they?
The Oilers are 4-4-2 in their last 10 games. They were 19 seconds from defeating St. Louis before Darnell Nurse’s ill-advised pass. They outshot the Anaheim Ducks 49-17 but lost due to two errant backhand passes from Evan Bouchard. They lost in OT to Nashville on a very slow line change from Ryan Nugent-Hopkins and a non-pressure from Kailer Yamamoto. All of those plays are fixable. Mistakes will happen, but Edmonton’s propensity to have game-altering errors will slow down, similar to the nighttime starting tomorrow. At least they should.
The question is: When will the Oilers decide, collectively, they’ve had enough of surrendering “easy” goals? They found the recipe last season when Jay Woodcroft arrived but haven’t been able to maintain that this season. Poor decisions with the puck, or without it, have led directly to goals far too frequently for Edmonton. There isn’t enough daylight today to highlight them all, but Edmonton needs to make opposing teams work harder to score. The frequency of gifting of goals must be reduced if they want to get home-ice advantage in the playoffs. Or make the playoffs, for that matter.

ALL IS NOT LOST…

The Oilers are 17-14-2. They were 18-13-2 last year through 33 games. They lost their 34th game. A win tonight and Edmonton would have the exact same record at this point last season. That isn’t a high bar by any stretch, but we’ve seen this type of inconsistency before, and they figured it out. I don’t see many glaring systemic weaknesses leading to losses. That doesn’t excuse the coaching. I would have had Tyson Barrie on the ice to start the PP in the final minute v. St. Louis. He is the best puck handler at the blueline on the team. That is not Cody Ceci’s forte, and the puck did end up back at the right point and Ceci couldn’t keep it in. If Barrie puts it deep, maybe the rest of the sequence, and Nurse’s bad pass, doesn’t happen. The Blues had the worst PK in the NHL. I understand going with two D-men, but I’d have had Barrie as one of them because you were still on the man advantage.
But overall, when I see the breakdowns and defensive miscues at 5×5, I find it is more on the decision making of players rather than the system they are being asked to play. And they aren’t getting enough saves.
Via Sport logiq, Dallas ranks 13th in expected goals against at 2.74 and Edmonton is 15th at 2.78, however, Dallas is seventh in actual goals against at 2.70 and Edmonton is 23rd at 3.42. I recognize that not every expected goal projection is completely accurate, but for the teams to be that close in expected, but very far away in actual goals against, is telling.
Jake Oettinger is having a great season with a .919Sv%, 2.35 GAA and he is 0.16 saves above expected (SAE). Rookie Stuart Skinner has been solid with a .913Sv%, 2.83 GAA and -0.11 SAE.
The main difference has been Scott Wedgewood and Jack Campbell.
In 13 games Wedgewood has a .907Sv%, 3.03 GAA and 0.04 SAE. Campbell, in 15 games, has a 4.02 GAA, .871Sv% and -1.10 SAE. Getting more consistent goaltending would also help reduce the goals against for Edmonton. But the skaters need to do their part as well and start limiting the glaring errors.

Draisaitl – McDavid – Hyman
Janmark – RNH – Yamamoto
Foegele – Holloway – Puljujarvi
Kostin – Shore – Ryan
Nurse – Ceci
Kulak – Barrie
Niemelainen – Bouchard
Skinner
The only lineup change will see Stuart Skinner in goal for the first time since signing his three-year extension on Monday. I’m perplexed by Mattias Janmark’s big minutes in the top six. He has averaged 14 minutes/game 5×5 in December which is fourth amongst forwards behind McDavid (15:59), Leon Draisaitl (15:56) and Zach Hyman (15:13). I understand he is responsible defensively and I can’t recall any major giveaways, but he has zero points in 10 games despite playing the fourth most minutes. He has had zero rush attempts, none of his shots have led to a rebound chance.
Woodcroft wants to match the Nugent-Hopkins lineup against other team’s top six, and they have done okay, but at this point the hope is just to break even. Janmark is better suited to play in the bottom six. I don’t think it would be wise for him to remain in the top six until Evander Kane returns. He hasn’t played poorly — he just isn’t suited to play in the top six.

Robertson-Hintz-Pavelski
Benn-Johnston-Marchment
Kiviranta-Dellandrea-Seguin
Tufte-Faksa-Glendening
Heiskanen-Lundkvist
Suter-Miller
Lindell-Hakanpaa
Oettinger
Benn is having a solid bounce-back season with 13 goals and 30 points. The Hintz line has crushed teams 5×5, outscoring them 28-10. The Oilers’ top line will need to be on their toes in both ends of the ice if they want to have success tonight.

Thanks to Karl for his great bid on Holland/Woodcroft dinner and everyone who donated for the Furnace. The draw is today. Someone will win a new furnace and it only cost them $100 (or in some cases a $200 donation to the Christmas Bureau). Awesome.
DAY 15: 🎁 Package #1: Fishing with Louie Debrusk from Get Hooked Fishing Adventures

You can bid by listening to TSN 1260 today. You can text the show between 2-6 p.m. at 101260 and include your name and donation. Thanks in advance. All the proceeds will go towards the Christmas Bureau.
🎁 Package #2: A Sanuvox HEPA Sterilization & UV Air Purification System supplied and installed by Mondo Mechanical.

You can bid by listening to TSN 1260 today. You can text the show between 2-6 p.m. at 101260 and include your name and donation. Thanks in advance. All the proceeds will go towards Santas Anonymous
Editorials
Featured
Oilers Talk
Recent articles from Jason Gregor