John Tortorella on Connor McDavid complaining about reffing: “Quite honestly, just shut up. Don’t talk about it.” 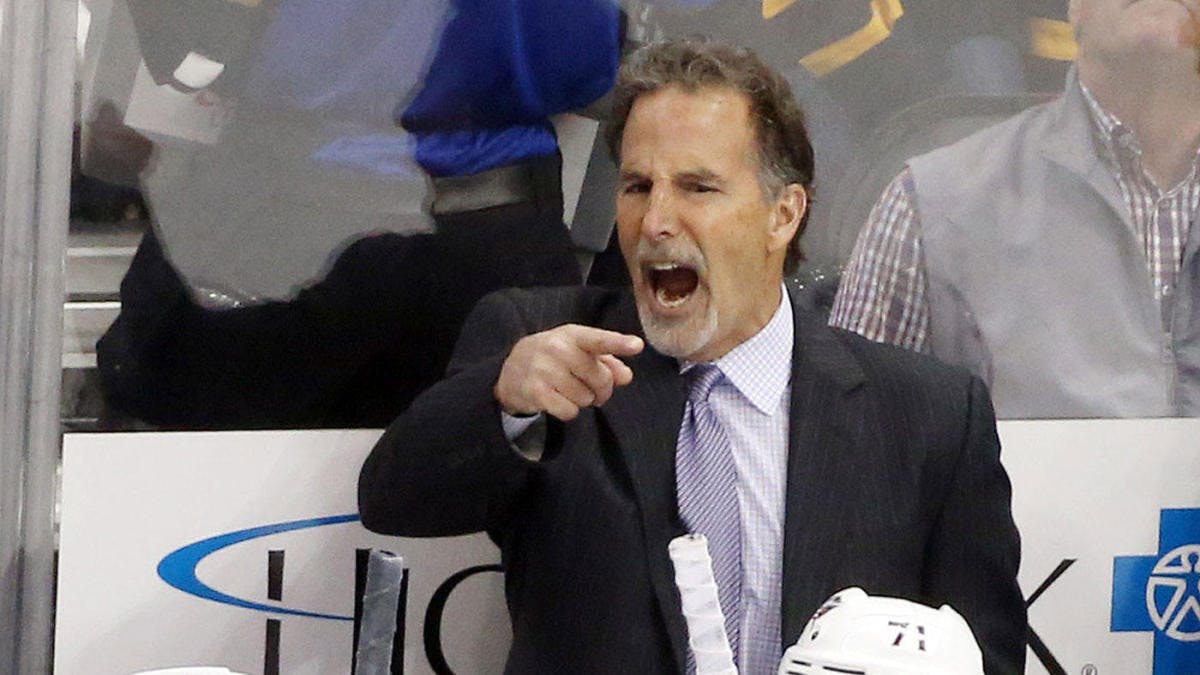 By Cam Lewis
1 year ago
Connor McDavid has a problem.
He plays 22:22 per game, has the puck on his stick more than half of the time he’s on the ice, and he’s drawn as many penalties as Radko Gudas.
During ESPN’s Intermission show The Point on Thursday night, former Stanley Cup-winning head coach John Tortorella offered his solution to McDavid…

John Buccigross: “What’s the next step to becoming a winning player? A playoff winning player? You’re not going to get the calls that you do in the regular season. He didn’t last year and that was an issue.
John Tortorella: “Yeah and he complained about it a little bit, that he wasn’t getting the calls. Quite honestly, just shut up. Don’t talk about it.
“I do think he has to change his game a bit. Not turn into a checker, obviously. He’s talked about culture, he’s talked about standards, he’s talked about winning. You’re not just going to fill the net during the playoffs and outscore teams. You have to play on the other side of the puck. You have to have that business-type attitude of, ‘Nothing’s going to bother me, no matter how you’re going to check me.’
“Don’t talk about it, just play hard, play through it, but the other side of the puck is that important too come playoff time.”

The whole ‘just shut up and don’t talk about it’ thing is obviously a pretty funny sentiment coming from Tortorella, a guy who’s notoriously very animated, to put it lightly. Imagine what Torts’ reactions would look like if he was behind Edmonton’s bench.
The thing about this that I find particularly bizarre is how everyone just seems to accept that calls aren’t going to come in the playoffs. Why would the NHL want regular-season and playoff games to be officiated differently? And, even then, McDavid isn’t getting the rulebook called properly on him in the regular season as it is.
The solution to this problem isn’t that the reigning Hart Trophy winner who’s on pace to score 164 points this season needs to change something. No, the solution is that the NHL needs to get its referees to start actually calling the rules correctly.
Here’s a prime example of what refs let slide on McDavid game after game…
Meanwhile, Patrice Bergeron gets away with this, which directly led to Boston’s third goal…
What’s the solution? A couple of weeks ago, former NHL ref Tim Peel suggested that Ken Holland should have a discussion with Stephen Walkom, the NHL’s director of officiating. Peel said that Holland could show Walkom a bunch of clips of calls on McDavid not being made, he can then talk to the refs about doing a better job at calling this stuff.
I mean, the fact that Edmonton’s general manager would have to put together a highlight package just to get the refs to do their jobs, to me, is insane, but it’s probably better than nothing.
News
Team News
Recent articles from Cam Lewis