Just how well did the Edmonton Oilers fare in free agency? 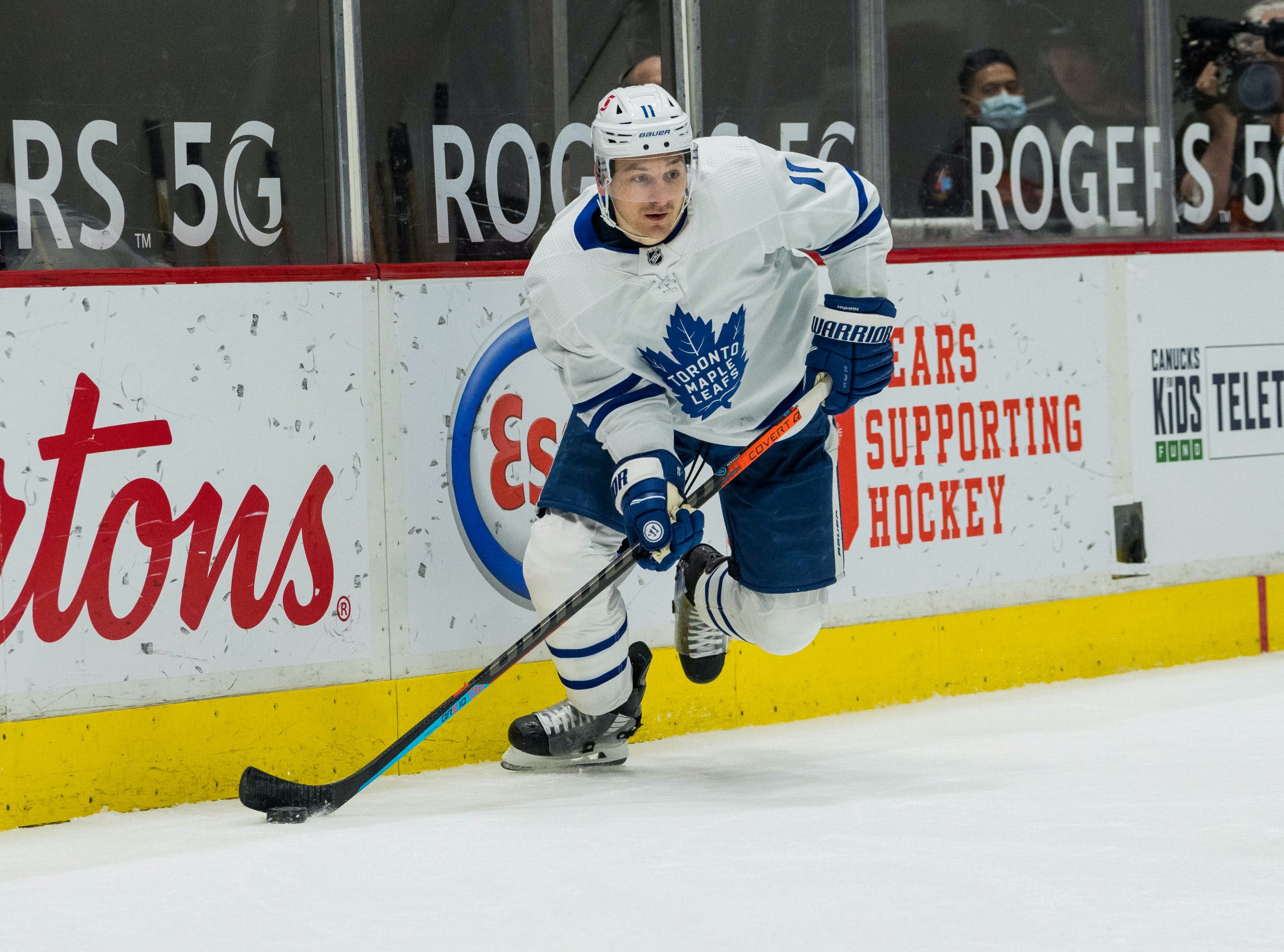 By Zach Laing
1 year ago
Ah, the dog days of summer.
I took the last two weeks off taking a much-needed staycation and while off, I couldn’t help but think about random Oilers things (hello, Vladimir Tkachyov!).
One of the many other things that came through my mind: how good or bad were the Oilers free agent signings?
Of course we’ll never know until all the contracts are up, but what we can do is compare them to what the projections were. I’ve been following Evolving Wild’s work on contract projections for a few years and use them pretty heavily in my writing around free agent frenzy.
What they’ve done is compiled a list of the signings each team has made, and how they compared to what their projections were. You can read about it here, but this chart shows how close the majority of their contracts were. 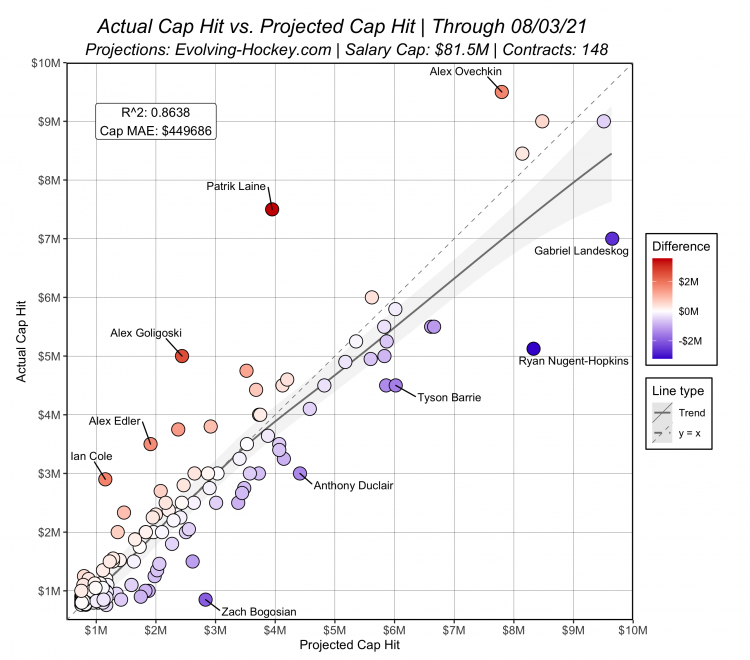 You can see there are a few outliers already that belong to the Oilers, so let’s start there. Edmonton had a busy free agent period signing seven players, and they did a very good job of it. All but one of the club’s signings is provided to bring well above average goals above replacement. It’s worth noting that Evolving Wild’s projections don’t account for goaltenders, so Mike Smith’s deal isn’t included here.

RNH signed an eight-year deal with the Oilers ahead of free agency with an AAV of $5.125-million. According to the Evolving Wild’s projections, his most likely contract to be signed would’ve been an eight-year deal worth $8.329-million. That’s a difference of $3.2-million and what appears to be the largest outlier.
This is incredible value for the Oilers now, and into the future. He should be earning more money and his low cap hit is going to help the team well into the future.

One of the biggest free agent singings also turned out to be the best. Hyman was inked to a seven-year deal with a $5.5-million cap hit with his projected deal to pay him $6.62-million over the same term. The difference of $1.162-million is less than that of Nugent-Hopkins, but a dollar saved is a dollar earned.

Losing Adam Larsson led to the Oilers circling back on Barrie and the club signed him to a pretty good contract relative to what was projected. He inked a three-year deal with a cap hit of $4.5-million — a fair amount lower than his predicted cap hit of $6.019-million. That’s a difference of $1.519-million.

Acquired from the Hurricanes for Ethan Bear, Foegele needed a new deal and Edmonton nailed it on the head. They inked him to a three-year deal with an AAV of $2.75-million with his projected deal being $2.899-million — a difference of $149,420. This was the closest deal to what Evolving WIld had projected.

I think Ryan’s signing might be one of the most important as the Oilers bottom-six has been a contentious issue for the last number of years. Edmonton inked him to a two-year deal with an AAV of $1.25-million with his projected deal being $1.978-million, a difference of $728,690. Fine work for the Oilers.

A rather unexpected move, but Ceci should be able to be a solid second or third pairing defenceman. He signed a four-year deal with an AAV of $3.25-million with his projected deal being $4.144-million, a difference of $894,471.

The Oilers saved $7,932,378 in compared to their Evolving Wild projections. Say what you will about these individual signings, but the team did a fine job in saving money this offseason.
Zach Laing is the Nation Network’s news director and senior columnist. He can be followed on Twitter at @zjlaing, or reached by email at zach@oilersnation.com.
Nation Takes
News
Oilers Talk
Recent articles from Zach Laing