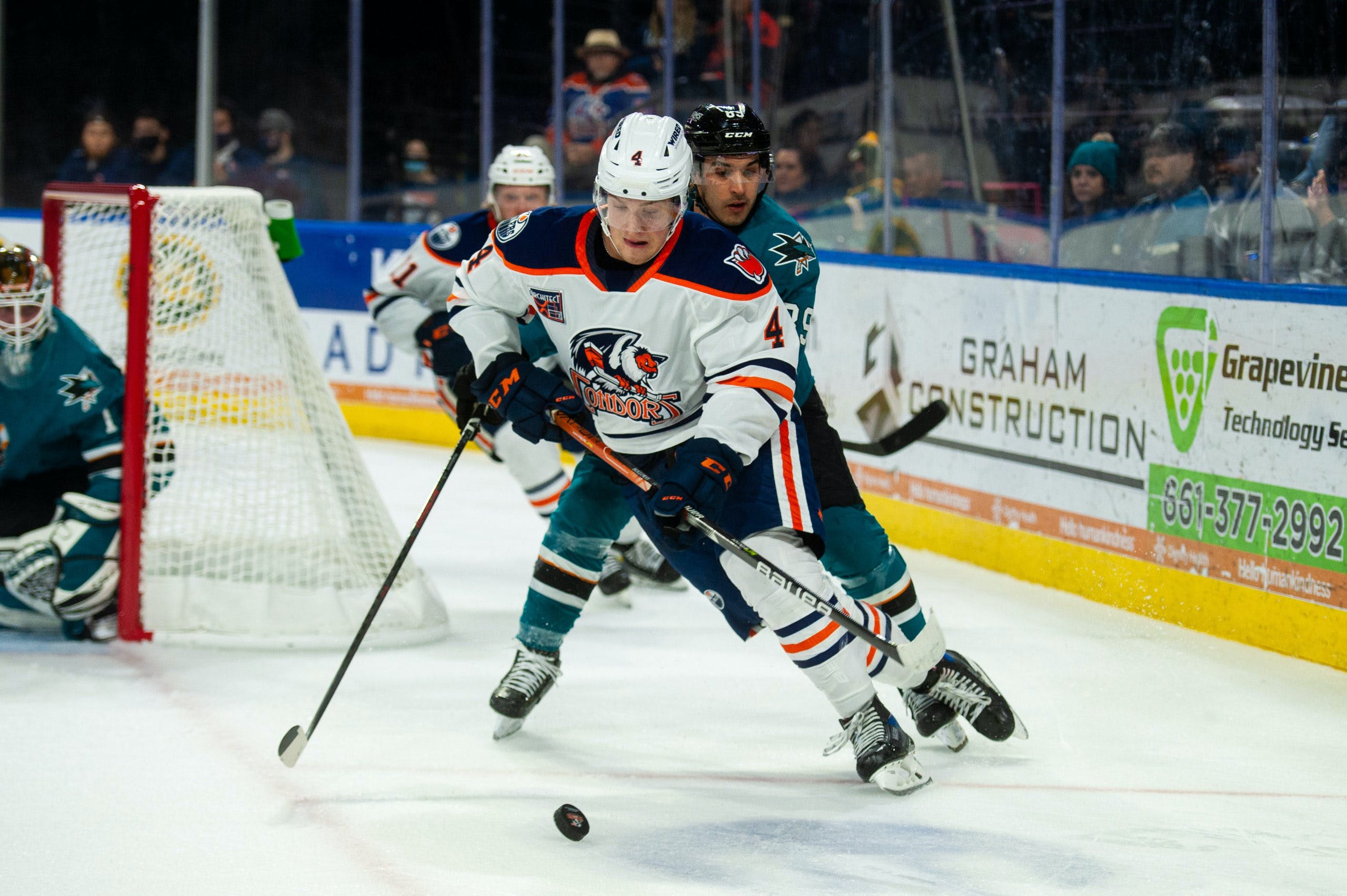 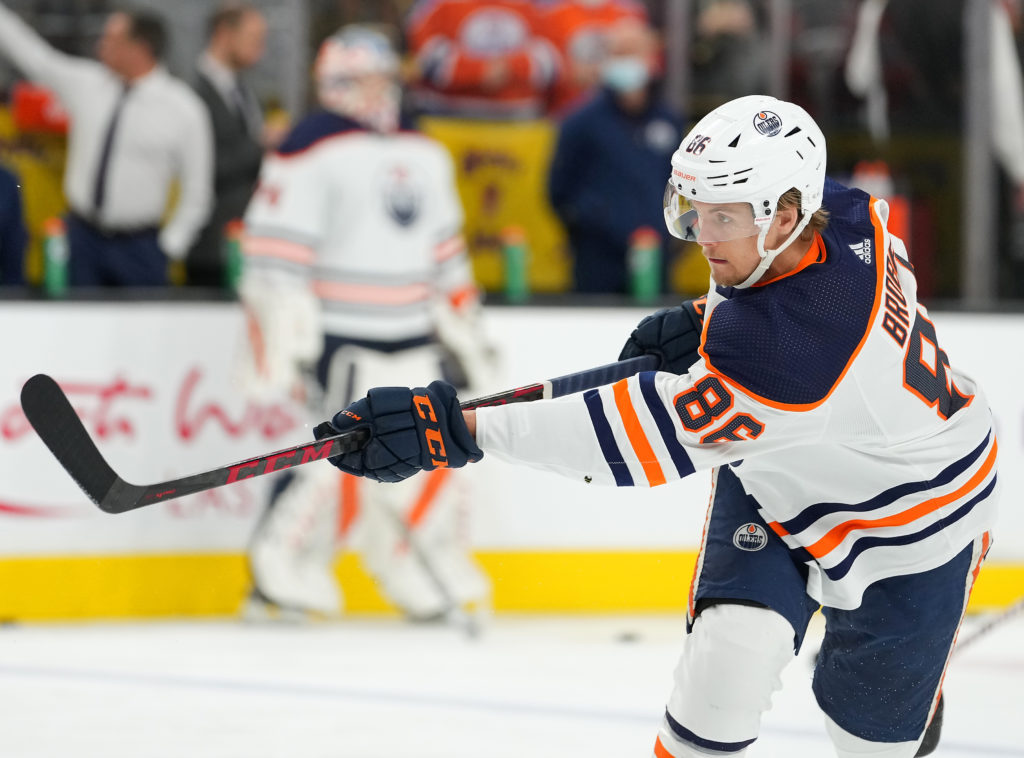 Nov 27, 2021; Las Vegas, Nevada, USA;Edmonton Oilers defenseman Philip Broberg (86) warms up before a game against the Vegas Golden Knights at T-Mobile Arena. Mandatory Credit: Stephen R. Sylvanie-USA TODAY Sports
Broberg will be recalled. @Tyson Barrie was injured last night in Chicago and will miss at least the next three games. After those games the Oilers plays once, March 12th, in five days, so maybe he is ready for the 12th or they wait until the 15th v. Detroit.
Josh Archibald is scheduled to skate with the team tomorrow. He has been given a clean bill of health and is cleared to join the group. He will need time to get in game shape. He isn’t vaccinated so he can only play home games. He could play games in Calgary, but he can’t fly so he’d need to drive there and back. If he doesn’t get a groin pull or anything you might see him in the lineup the week of March 13th when the Oilers have home games on the 15th (Detroit), 17th (Buffalo) and 19th (New Jersey). He has been skating the past few days in Edmonton, and reports are he looked pretty good.
Archibald is an upgrade on Colton Sceviour, Kyle Turris, Tyler Benson, and Devin Shore. It isn’t ideal if he can only play home games, but if he is healthy and ready to go by March 15th he’d be eligible to play in 14 (would drive to Calgary) of the Oilers’ final 23 games.
Ken Holland is open to trading him, but considering he is better than many of the current fourth line players, would it make sense to trade him for a sixth or seventh, if he can help you make the playoffs and possibly get home ice advantage? Holland will have to consider it.
Archibald has scored 31 goals in his last 182 games. That is a 14-goal pace over an 82-game season, and all of those goals were even strength or shorthanded. He’s a good skater and he’s physical. He can be an effective bottom six winger, and right now he’s better than the fourth line wingers the Oilers have. If he can play a few games before the trade deadline it would improve Holland’s chances of trading him as other teams would see he’s healthy.
Would you rather have Archibald for half the games or a late round pick?