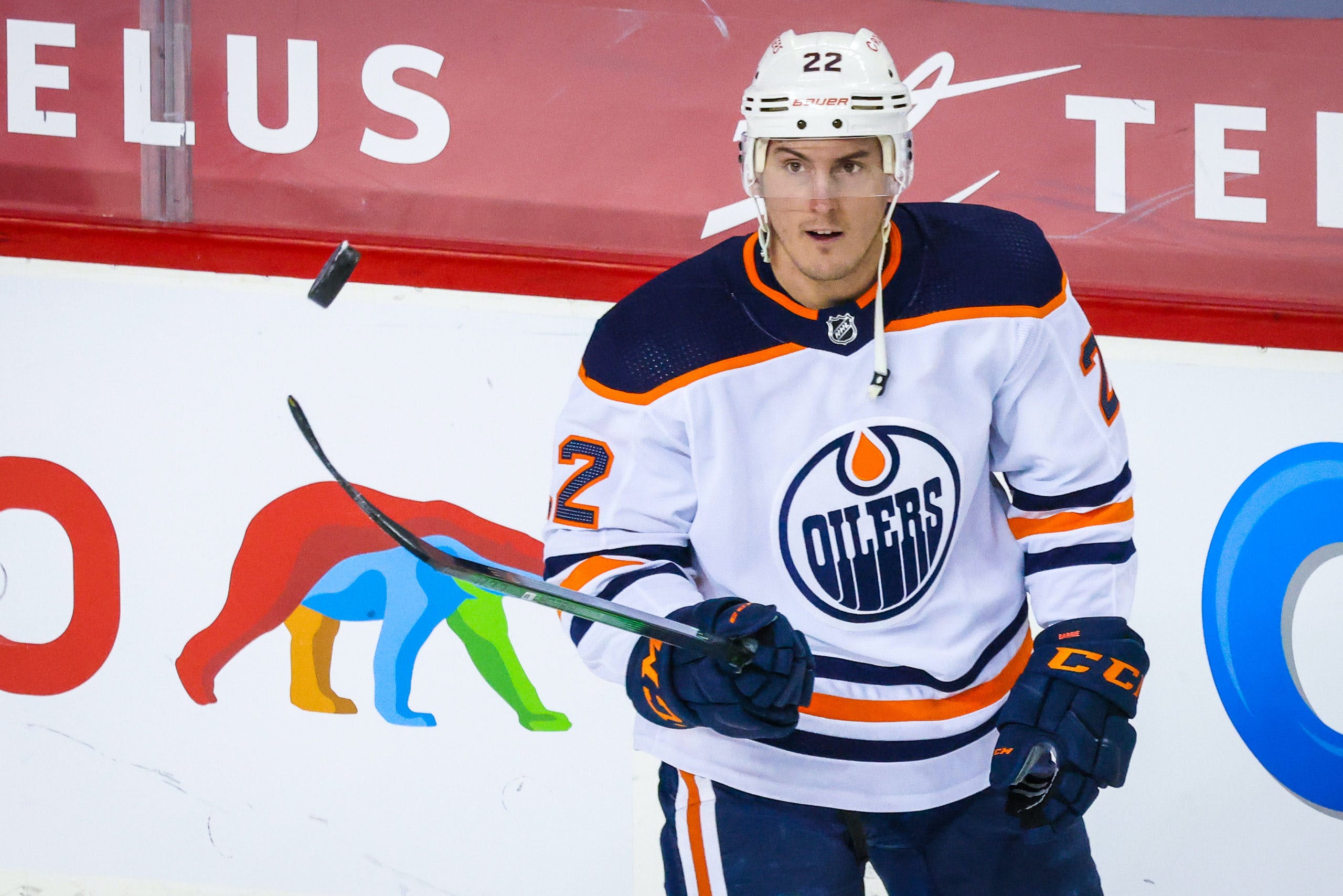 By Tyler Yaremchuk
7 months ago
Edmonton Oilers general manager Ken Holland needs to create cap space this summer if he wants to improve this roster. There are a handful of ways that he could do that as well.
He could hope that some veteran players retire, he could go the buyout route, or he could make a trade. Realistically, he’ll likely need to do a little bit of all three as I outlined in my latest YouTube video over on The Nation Network channel.
At moments during the 2022-23 season, if you would have told me that Tyson Barrie would actually have trade value in the offseason, I probably wouldn’t have believed you. There were stretches where he really struggled in his own end, and he’s known to do at times, and the powerplay was ice cold. The thing with paying a defenseman like Barrie $4.5 million is that even when he might be struggling defensively, he makes up for it with his offensive production. There were points this season where the Oilers were getting neither from him.
Now to his credit, he really took his game up a level towards the end of the season and into the playoffs. Part of that may be because Brett Kulak was apparently the ‘Barrie whisperer’ but the bottom line is that when Barrie was on the ice at even strength in the playoffs, the Oilers outscored the opposition 12-10. They did get outshot as well, but the high-danger corsi events were in their favour according to Natural Stat-Trick. There were good things happening when Barrie was on the ice in all zones and that’s not something that was true throughout the entire season.
In short: Barrie boosted his trade value over the last few months and now, the Oilers should not have a problem trying to move him and his $4.5 million cap hit. It actually seems like there could be multiple teams interested, so let’s break down some potential options:

The Kraken have been linked to Barrie going back to the trade deadline. They’re reportedly going to be aggressive this summer and will be looking to fill out their roster with more proven NHL talent. Well, Barrie is certainly that.
They had Mark Giordano quarterbacking their top powerplay unit at points last season up until they dealt him to Toronto and they haven’t filled that hole yet. Their blueline right now consists of Jamie Oleksiak, Adam Larsson, Carson Soucy, and Vince Dunn. Outside of Dunn, none of those players are powerplay options. Barrie would fit perfectly on their right side.
They also have almost $23 million in cap space and seven second-round picks over the next two years. They could definitely make a competitive offer for Barrie and it’s very easy to see why they’d be interested in his services.

The Hurricanes got a tremendous season out of free-agent signing Tony DeAngelo, who posted 61 points in 78 games including both the regular season and playoffs all while only making $1 million. He really was the best value deal in the NHL.
Now, DeAngelo may have priced himself out of the Hurricane’s range. He’s a pending RFA so the Canes do control his rights, but if he turns out to be too expensive and they lose him, then they could potentially see Barrie as a good replacement
Erik Duhatschek recently wrote at The Athletic that if GM Don Waddell can’t get DeAngelo signed, then trading for Barrie should be his priority. He also floated out the idea of Ethan Bear coming back to Edmonton in a potential deal.
I don’t see the Canes as a great fit simply because Barrie makes $4.5 million and I would imagine that DeAngelo wouldn’t cost more than $5.5-6. They have $19 million in projected space so they should be able to keep DeAngelo.

The Islanders will be looking to change up the look of their blueline this summer after missing the playoffs. 45-year-old Zdeno Chara and 39-year-old Andy Greene are both UFAs and I could see the Islanders looking at Barrie as a solid puck-moving option that could play on their third pairing behind Ryan Pulock and Noah Dobson.
Barrie’s cap hit may be a bit of an issue for the Islanders since they only have $12 million in cap space this summer and need to sign Dobson. Again, they aren’t as good of a fit as the Kraken, but they’re worth mentioning.

Pittsburgh Penguins: If they somehow don’t get Kris Letang signed, I could very easily see the Penguins wanting to get in on Barrie to replace Letang on their top powerplay unit. Simple as that.
Montreal Canadiens: The Canadiens are once again exploring the trade market on Jeff Petry and if they move on from him, there could be a scenario where they’re interested in adding an experienced puck-moving defenseman to their lineup. With two years left on his deal, Barrie could be the perfect player to fill a hole in the Habs lineup while they wait for their younger pieces to fully develop.

I think that the Oilers will be able to get a second or third-round pick back for Tyson Barrie, which could help them add a piece at next year’s trade deadline. It’s not the sexiest return but the most important thing here will be freeing up the $4.5 million to allow the team to comfortably resign Brett Kulak and have some money left over to either help get a new starting goaltender or sign one of their three pending RFA forwards.
Barrie was a really solid piece for the Oilers and I do think they’ll miss him to an extent, especially in the locker room, but the team has enough depth on the right side with Cody Ceci and Evan Bouchard locked into their top-four. Barrie is just a luxury that they simply can’t afford anymore.
Nation Takes
News
Oilers Talk
Recent articles from Tyler Yaremchuk