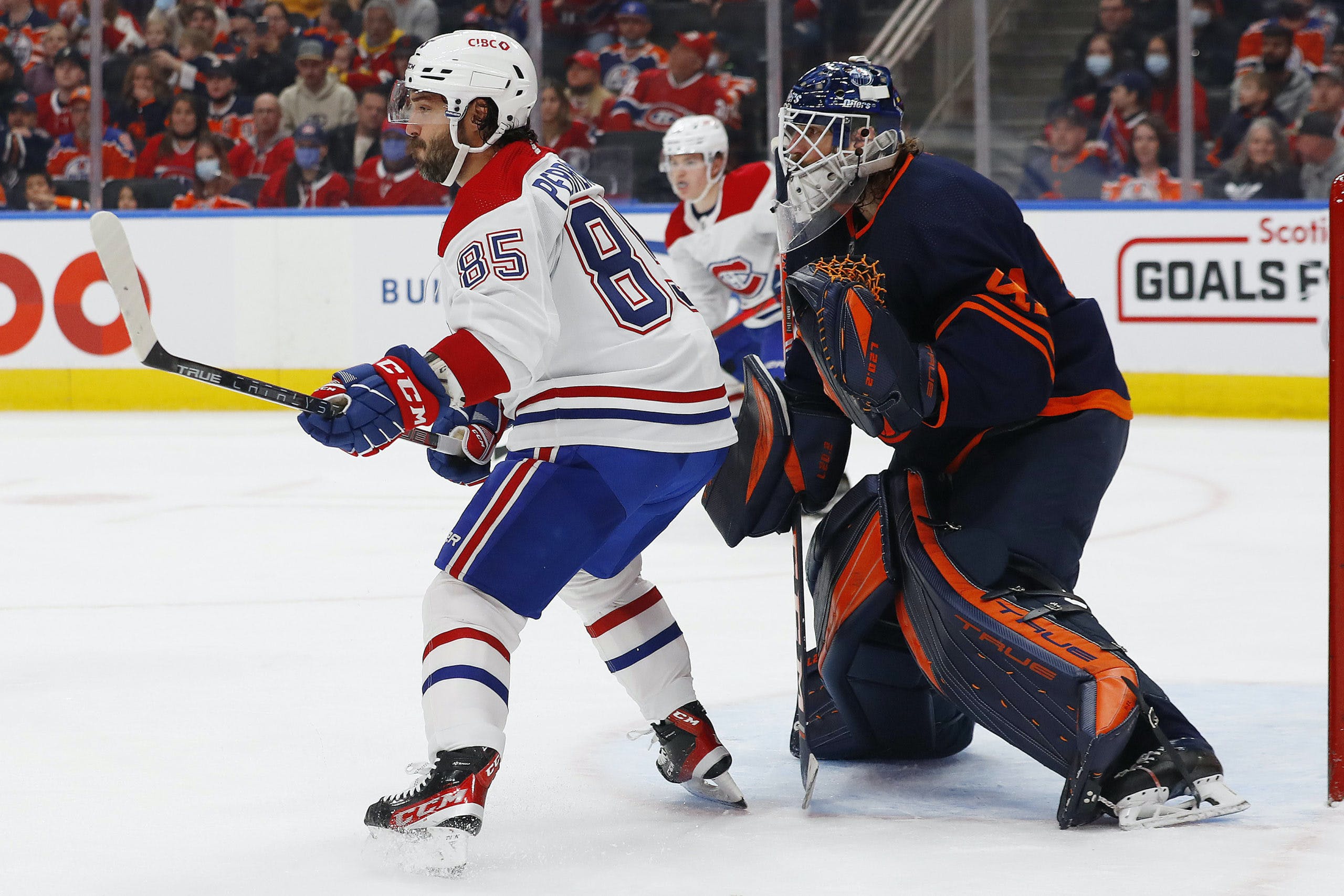 By Robin Brownlee
10 months ago
Criticism of Mike Smith by the Edmonton Oilers fan base after Saturday night’s 5-2 loss to the Montreal Canadiens was virtually unanimous, and rightfully so. The only significant variation on that theme was a matter of degree. From reasoned observations to full-blown rants, I saw three levels of dissatisfaction. 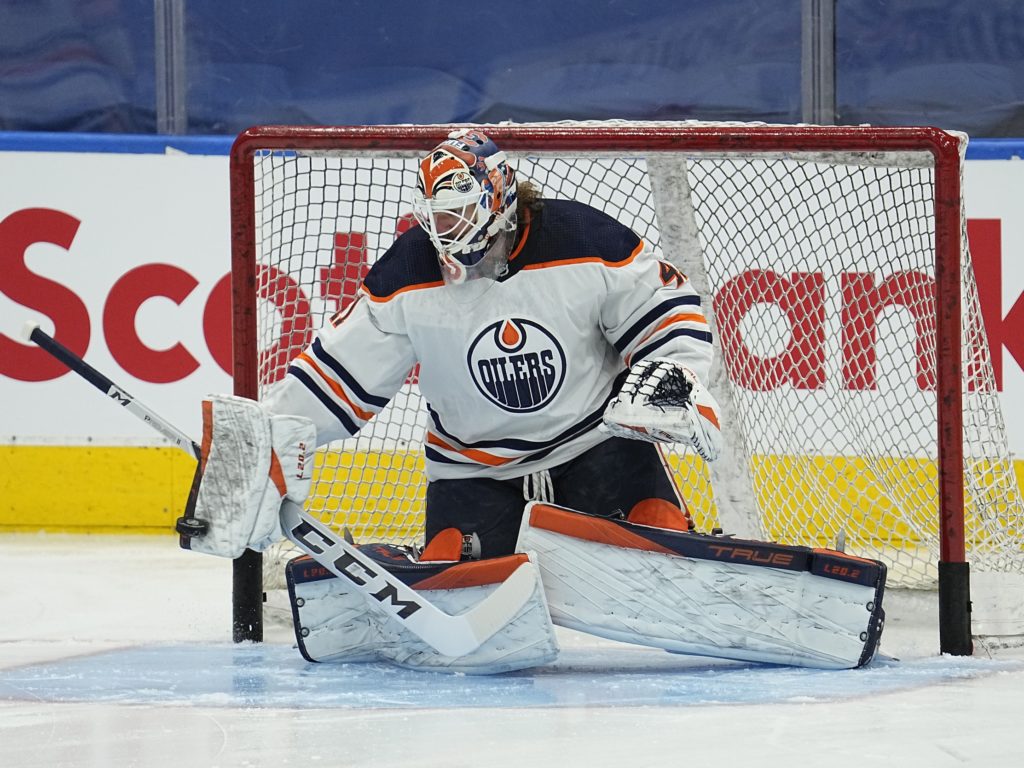 Jan 5, 2022; Toronto, Ontario, CAN; Edmonton Oilers goaltender Mike Smith (41) makes a save during warm ups before a game against the Toronto Maple Leafs at Scotiabank Arena. Mandatory Credit: John E. Sokolowski-USA TODAY Sports
The vast majority of you fall into the first two groups as the Oilers take on the Calgary Flames tonight in Cowtown. Between being injured, starting with the third game of the season, and trying to get into a rhythm with so many gaps in playing time, Smith has not been good enough. He’s given no indication he can be counted on down the stretch or in the playoffs, if the Oilers get that far. If you fall in the third group, you’re just having a tantrum – somewhat understandable given the failures of recent seasons.
At this point, a tandem of Koskinen and Skinner, recalled from Bakersfield today, looks like the best option as far as the rest of this season goes. Let’s see what they can do in the six games the Oilers play before the trade deadline on March 21 while Holland works the phones. If possible, Holland should have something lined up he can pull the trigger on if Koskinen and Skinner don’t look like they can get it done. Koskinen starts tonight.
For me, Smith isn’t part of the solution right now. I thought that Woodcroft put it as diplomatically has he could after the loss to Montreal: “Well, Mike Smith is part of our team and our team, I think, can execute at a higher level. I thought we were in a 3-2 hockey game heading into the third period. We had a chance to tie it up and find a way to win. We didn’t do that. Collectively, I think we can all be better.”
The Oilers are two points out of a playoff spot as they face the Flames, who are rolling along and could very well embarrass them tonight no matter who tends the twine. What happens from here on out has everything to do with trying to win games and nothing to do with handing Smith the goal crease in the hope he’ll find his game again. If that happens at all, it happens when the next training camp opens, not now.