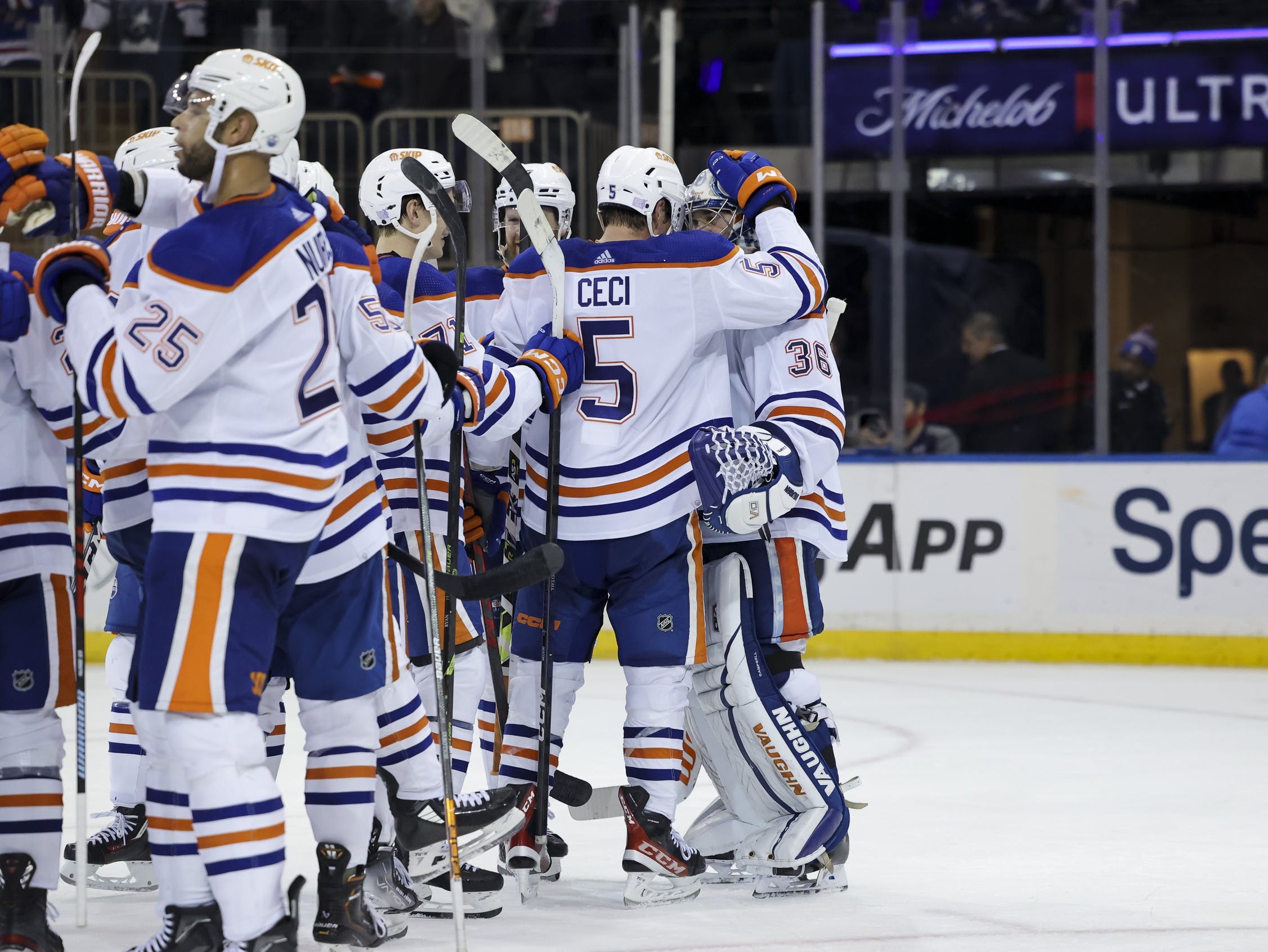 By Jason Gregor
27 days ago
The Edmonton Oilers have been consistently inconsistent, and if they don’t find more consistency in their play in the final 43 games they will be in a major battle to make the playoffs. They can’t continue to play well for 10 games, struggle for 10 games, then play well again before letting games slip away like that have in the most recent 10-game sequence.
The Oilers started the season 7-3.
Then they went 3-7.
They followed that by going 7-3.
And now they are 3-4-2 in their last nine.
They are what their record says: inconsistent.
Edmonton has the skill to get home ice in the Pacific division and compete in the Western Conference. They’ve beaten teams like Dallas, Vegas, and other top teams. The problem is they lose to Anaheim, Vancouver and last night, after completely controlling the first period, the Oilers opted to sit back and let a less-skilled Seattle team take over. The Kraken scored four goals in 11:04. It was a horrible stretch of 11 minutes and it cost the Oilers the game. After Stuart Skinner was given the mercy pull, Jack Campbell only faced three shots in the final 25 minutes.
Some games a team will lead 1-0 or 2-0, but the score flatters them. Last night Edmonton deserved to be up 2-0. They didn’t give Seattle much, but then they stopped moving their feet, and the Kraken buried them. It was eerily similar to the Oilers’ 5-2 loss to Vancouver on December 23rd. Edmonton played a very strong first period, led 2-0, but then gave the game away.
If the opposition was Boston, Vegas or another top team, it would be a bit more plausible, because those teams have the skill to control games. But Seattle, Vancouver and Anaheim are not those teams, yet the Oilers have let those teams beat them. All three losses came on home ice and the Oilers scored first in all three games.
The lack of consistent commitment is unacceptable.
I recognize the Oilers could use an upgrade on the blueline, but that doesn’t excuse the group of D they have from their inconsistent play. They can play better. Battle more consistently. Play smarter. They are capable of that.
Edmonton’s support forwards haven’t been good enough. Not close. Kailer Yamamoto, Jesse Puljujarvi, Warren Foegele, and Ryan McLeod can play better. They don’t need to be dominant, just chip in, especially Yamamoto and Puljujarvi who have played fair chunks of the season with Leon Draisaitl and Connor McDavid. Production matters.
Edmonton has nine wins in 21 home games. Nine. They’ve lost five in a row on home ice. Unacceptable.
The entire group needs to look internally and demand more from each other. The roster is capable of being more than a .500 team which is essentially what the Oilers are with 20 wins in 39 games.
Are they ready to commit to playing consistently? They’ve played well for weeks, but then they become to casual and lose games they should win by playing poorly and gifting the opposition goals.
For me, last night was the most disappointing loss of the season for the Oilers. They had complete control of the game, and then completely self-imploded. They beat themselves. Badly. Two goals off of faceoffs, off of plays that the coaching staff has focused on since training camp. They keep piling mistakes on top of mistakes. Mistakes happen, they are part of the game, but the Oilers, as a team, had no answer to stop the errors from compounding.
It is 39 games into the season and that has to change. It is unacceptable. The players know it. They’ve admitted it. Now they have to do it.
Editorials
Featured
Oilers Talk
Recent articles from Jason Gregor