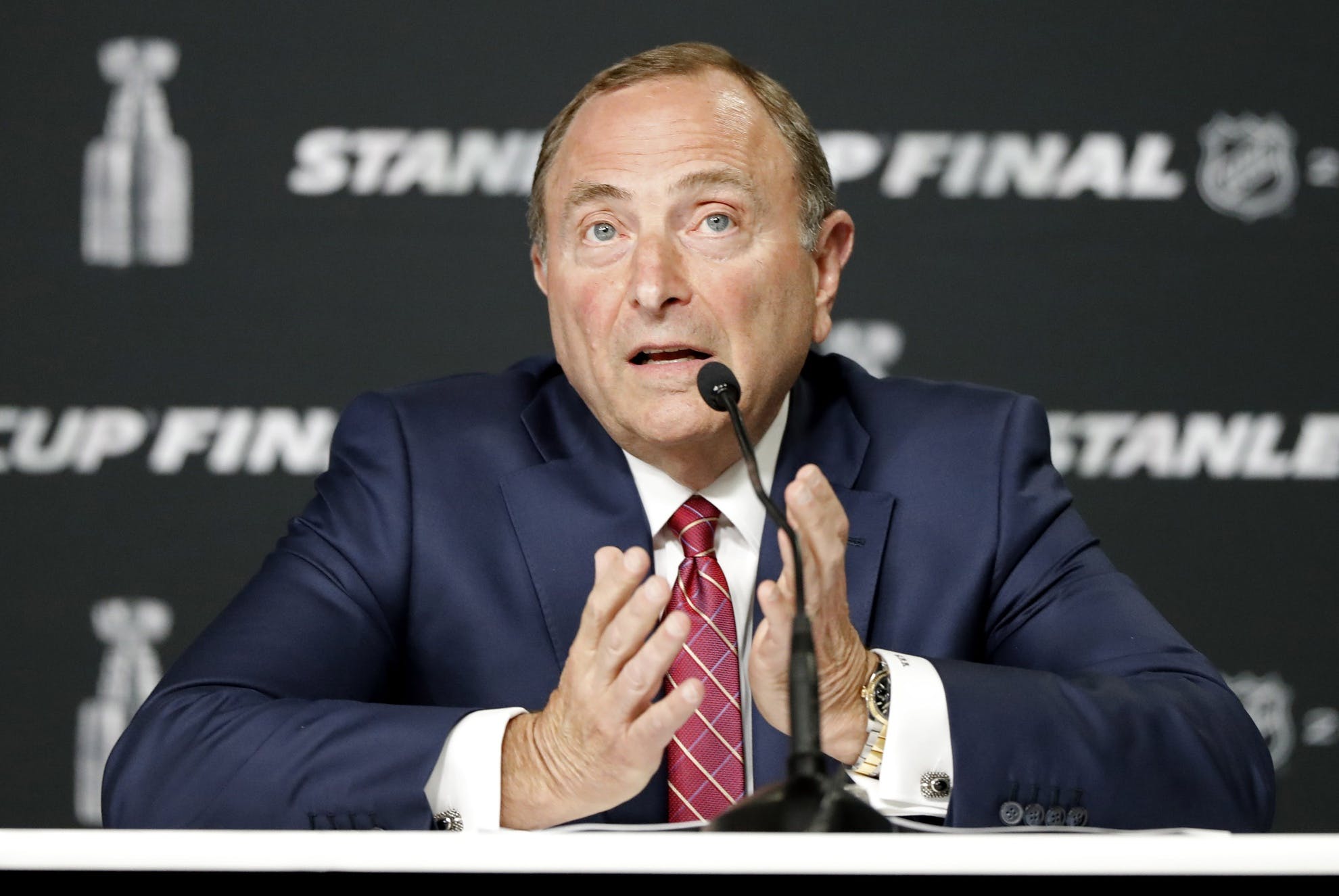 By Robin Brownlee
1 year ago
Having attended the type of availability commissioner Gary Bettman granted media yesterday a time or two, I’ve seen him deliver the same kind of jaw-dropping answers with a straight face reporters got before the Tampa Bay Lightning lapped the Montreal Canadiens 5-1 in the first game of the Stanley Cup final.
To paraphrase, Bettman, who has never been one to air league laundry publicly if it can be avoided, thinks NHL officials aren’t only the best in the game of hockey but in any sport, even if they occasionally, very occasionally, don’t get it right. To borrow from the meme, he thinks everything is fine — or close to it.
Then, there’s the scandal about the sexual abuse of two Chicago Blackhawks players by a video coach. It happened in 2010, but only went public in May after lawsuits were filed by the players. It was considered an open secret within the organization for a decade, but Bettman told reporters he only learned about it “relatively recently” and that he’ll wait for an impartial investigation before deciding if anything needs to be done. Yes, if anything . . .
On the first matter, officiating, what Bettman said doesn’t align with what eyeballs from Edmonton to Tampa Bay, from San Jose to Montreal have been seeing. He’s straight-faced us on these kinds of league issues before. Problem? What problem? On the second, while I hesitate to call Bettman a liar without being able to prove it, I’d suggest that if any member of hockey management in any NHL city so much as farts, it doesn’t take long for Bettman to get a whiff of it. So, what does relatively recently mean, exactly? 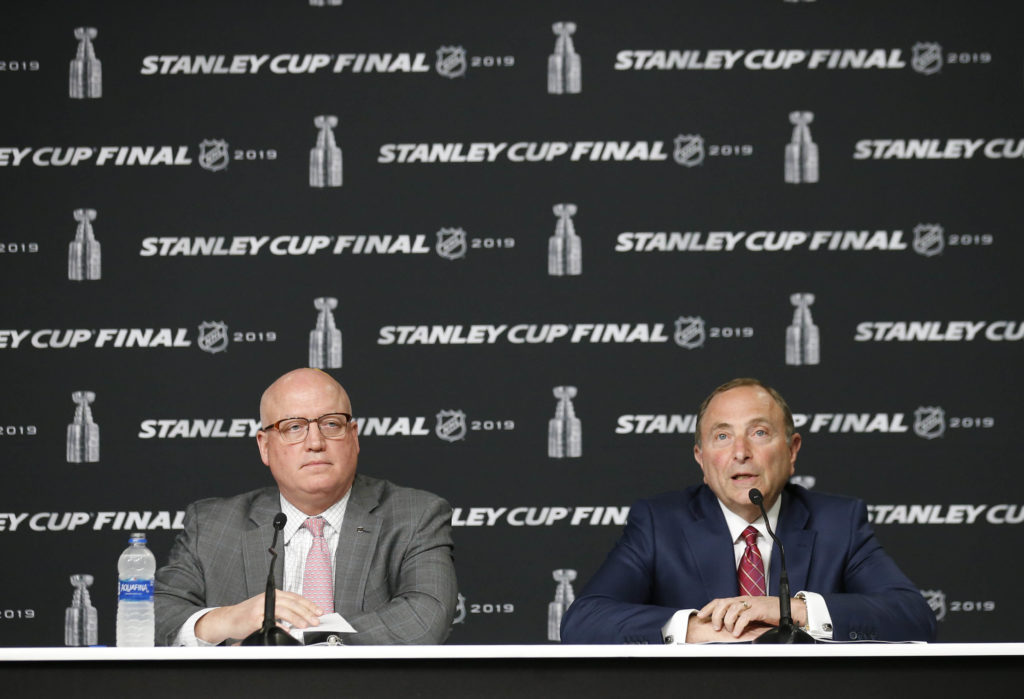 May 27, 2019; Boston, MA, USA; NHL commissioner Gary Bettman (right) and deputy commissioner Bill Daly (left) at a press conference before game one of the 2019 Stanley Cup Final between the Boston Bruins and the St. Louis Blues at TD Garden. Mandatory Credit: Winslow Townson-USA TODAY Sports
Bettman has always wanted to control the news cycle, especially when the league’s showcase, the Stanley Cup final, is on display like it is now with the Lightning and the Habs. So, he gave his version, his spin on the officiating, without being prompted (and before veteran writer Ken Campbell pressed him). “They are the best officials in any sport,” Bettman said. “Our officials have the hardest game to officiate because no sport comes close to matching the speed and split-second reaction time required.
“When you’re watching it on television and replay, or you’re watching it from 100 or so feet off the ice (you) get a broader view. You have to look at it from the perspective of the officials on the ice, and what they get to see in real time. I wouldn’t minimize the difficulty of that task.”
As for the Chicago situation, the last thing Bettman wanted on his plate during the Stanley Cup is this kind of scandal. He kicked that can as far down the road as possible by insisting he’ll need to find out what comes out of the independent investigation before action, if any, is taken. That’s a clever play on his part with the Cup final just starting. Bettman is, after all, a lawyer.
“Let us see what the investigation reveals, and then we can figure out what comes next,” Bettman said. “I think everyone is jumping too far, too fast. This is going to be handled appropriately and professionally and done right . . . what we know is what’s based on what’s public. And that’s why we’re going to be interested to see what the investigation reveals and doesn’t reveal.”

So, even with game management by on-ice officials being a hot topic since the embarrassing situation where Tim Peel was caught on a hot microphone saying he was looking to give the Nashville Predators a penalty — proof of what our eyeballs have been telling us for years — Bettman chose praise and platitudes rather than offering any real substance.
Yes, it’s a tough job. We know. So is fighting through uncalled hooking and holding, as Connor McDavid and the NHL’s other marquee names are forced to do every game they play. People aren’t asking for perfection, Gary, but somewhere between what we’re seeing now and that is a reasonable middle ground. It’s not too much to ask. What we want to hear is a commitment to call the rules already in place and do it consistently.
With the Chicago fiasco, we’ll have to wait to find out who within the Blackhawks management group knew what and when they knew it. More importantly, why wasn’t the matter forwarded to the Chicago police department 11 years ago? At some point, it’ll be up to Bettman and the league to decide what happens. No matter how that goes, “Everything is fine” won’t cut it.