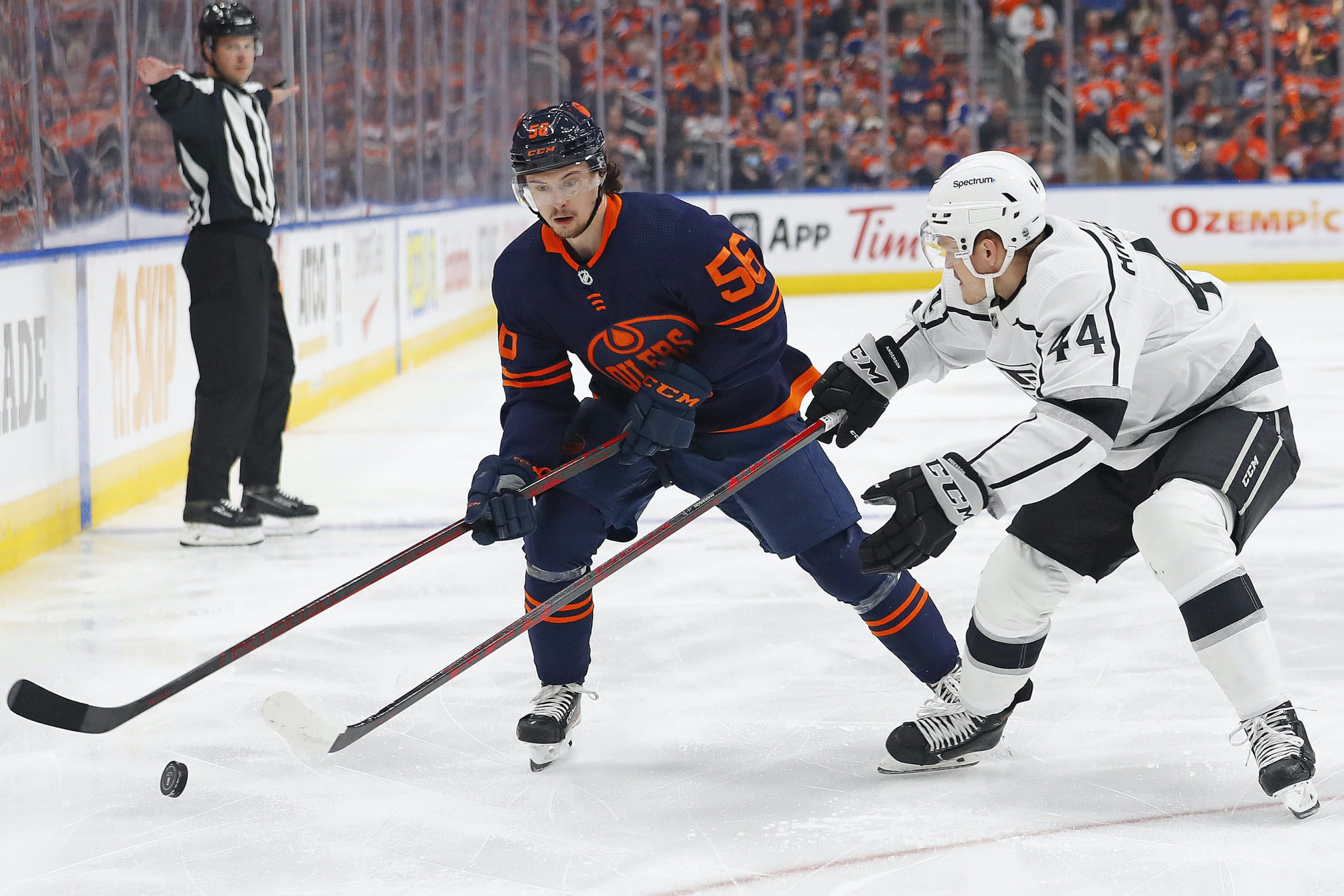 By Zach Laing
1 month ago
Kailer Yamamoto is back.
The edgy Oilers forward has been out of the lineup since Nov. 8 after sustaining an undisclosed injury against the Tampa Bay Lightning and was activated off the IR Monday. Ahead of the injury, Yamamoto was off to a tough start to the 2022-23 campaign.
He had appeared in 13 games scoring just three assists.
Foegele, meanwhile, has missed the last four games after being hurt on Nov. 26. He had just started to turn a corner in his season having scored three goals and four points in the previous eight games. He was placed on the IR retroactively, so he is eligible to return later this week.

Edmonton Oilers forward Connor McDavid has been named the NHL’s first star of the week.
He tallied five goals and 11 points in four games last week with multi-point performances in each game. The Oilers, meanwhile, went 3-1.
On Nov. 28 against the Florida Panthers, he scored a goal and two assists setting up Evan Bouchard’s game-tying goal and then Leon Draisaitl’s overtime winner.
In back-to-back games against the Chicago Blackhawks and Minnesota Wild, he noticed a goal and an assist, before a four-point night against the Montreal Canadiens on Saturday night.

Daily Faceoff’s weekly power rankings came out Monday morning and the Edmonton Oilers remained in 19th place.
Here’s what was written about the past week:

The Oilers seem to have recovered their season a little bit after winning four of their last five games, but they still struggle to move up the rankings as their play still hasn’t backed it up, only winning the expected goals battle in two of the four wins. They have more injury troubles with Kailer Yamamoto and Ryan McLeod on IR for a bit, so a bit of slack can be given, but they should be outplaying their opponents more often with players like Connor McDavid and Leon Draisaitl in the lineup.

Shane Wright’s AHL conditioning stint wrapped up with the Seattle Kraken recalling him Monday morning.
In the five games he played down with the AHL’s Coachella Valley Firebirds, Wright scored four goals.
It’s not yet known if he’ll remain wth the Kraken, or if they will elect to send him to the World Juniors.
Zach Laing is the Nation Network’s news director and senior columnist. He can be followed on Twitter at @zjlaing, or reached by email at zach@oilersnation.com.
Featured
Nation Takes
Oilers Talk
Recent articles from Zach Laing