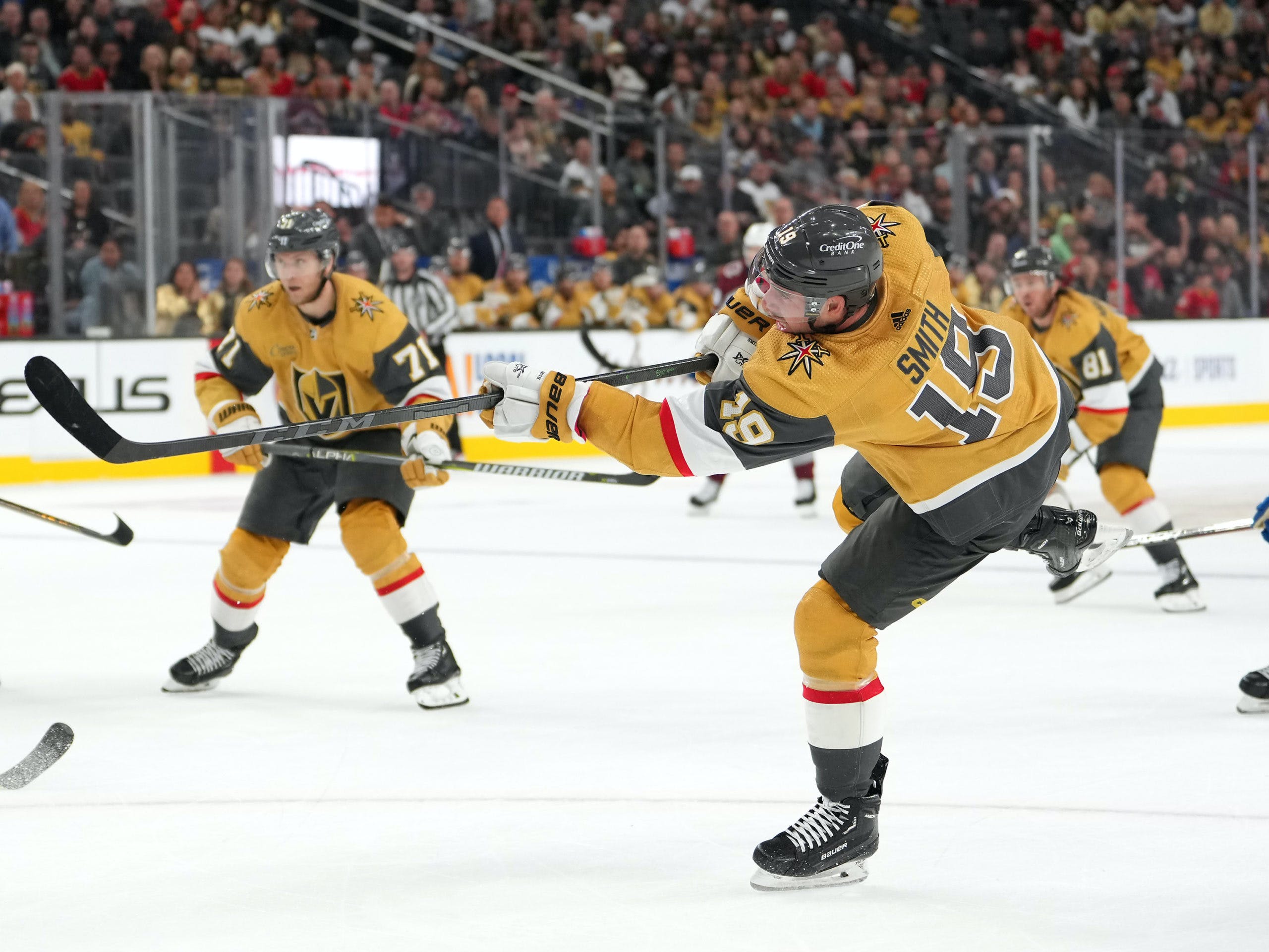 By Zach Laing
25 days ago
The Bets of the Day is brought to you by NHL Lines site Betway!
Welcome back to another edition of the Betway Bets of the day.
As usual, we’re back here with another two-shot props that are both great value plays.
Our first bet of the day will be taking Reilly Smith to take o2.5 shots on goal. This line sits at -120.
Smith has been on fire to start the year as a volume shooter for the Vegas Golden Knights. He’s found himself on the top line alongside Jack Eichel and Phil Kessel has been driving play.
On top of that, he’s shooting the puck like a madman. He’s totaled 27 shots on goal in eight games so far this year averaging 3.38 shots on goal per game — up from his career average of 2.12. He’s hit the over on this prop in six of eight games.
The Golden Knights take on the Anaheim Ducks tonight — a team that is allowing 39.02 shots against per hour, the worst rate in the league.

Our second bet of the day will be taking Shayne Gostisbehere to take over 2.5 shots on goal. This line sits at +100, even money.
Gostisbehere is off to a great start this year. He leads all Coyotes in ponts with four goals and eight points in six games and is far and away leading in shots, with 23. He’s averaging 3.83 shots on goal per game, and has hit this prop in five of six games.
The Coyotes take on the Winnipeg Jets tonight, a team that has given up 33.1 shots against per hour — the eighth-worst rate in the league.
Zach Laing is the Nation Network’s news director and senior columnist. He can be followed on Twitter at @zjlaing, or reached by email at zach@oilersnation.com.
Featured
Nation Takes
Oilers Talk
Recent articles from Zach Laing