Oilersnation Betway Bets of the Day — The Zach Attack 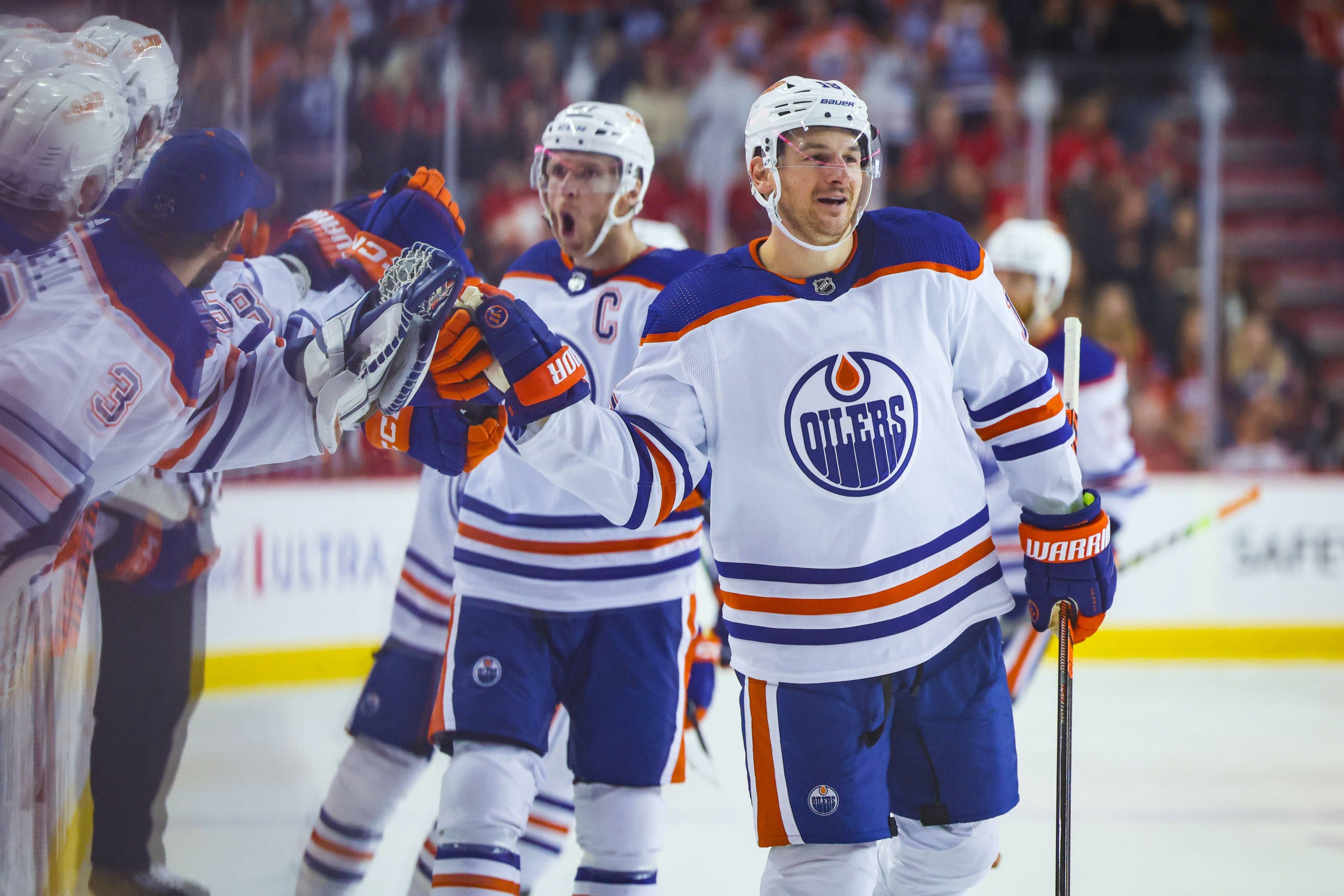 By Zach Laing
1 month ago
The Bets of the Day is brought to you by NHL lines site Betway!
Welcome back to another edition of the Betway Bets of the day. All bets are for one unit unless otherwise noted.
Our first bet of the day will be taking Zach Hyman to take over 3.5 shots on goal. These odds sit at -120.
Hyman has been on fire this season scoring and shooting at career highs. He’s averaging 3.94 shots on goal per game, well up from his previous career average of 2.31 and his average of 2.8 in 2021-22. He’s hit this prop in four of his last five games and in 18/32 on the season. In one previous meeting this year, Hyman had four shots against Dallas.
The Stars, meanwhile, have slipped defensively allowing 34.33 shots per hour in all situations over their last five games, the fourth worst rate in the league.

Our second bet of the day will be taking Matt Boldy to take over 2.5 shots on goal. These odds sit at -118.
Boldy comes into this game against the Anaheim Ducks averaging 2.84 shots on goal per game. He’s hit this prop in three of his last five games, in 18/31 on the season, and in one of two previous meetings against the Ducks.
Anaheim continues to bleed defensively allowing 39 shots per hour in all situations over their last five games. Boldy, meanwhile, has found some quick chemistry with Ryan Hartman on Minnesota’s second line.
Record: 67-48 (+18.45u)
Zach Laing is the Nation Network’s news director and senior columnist. He can be followed on Twitter at @zjlaing, or reached by email at zach@oilersnation.com.
Nation Takes
Oilers Talk
Recent articles from Zach Laing