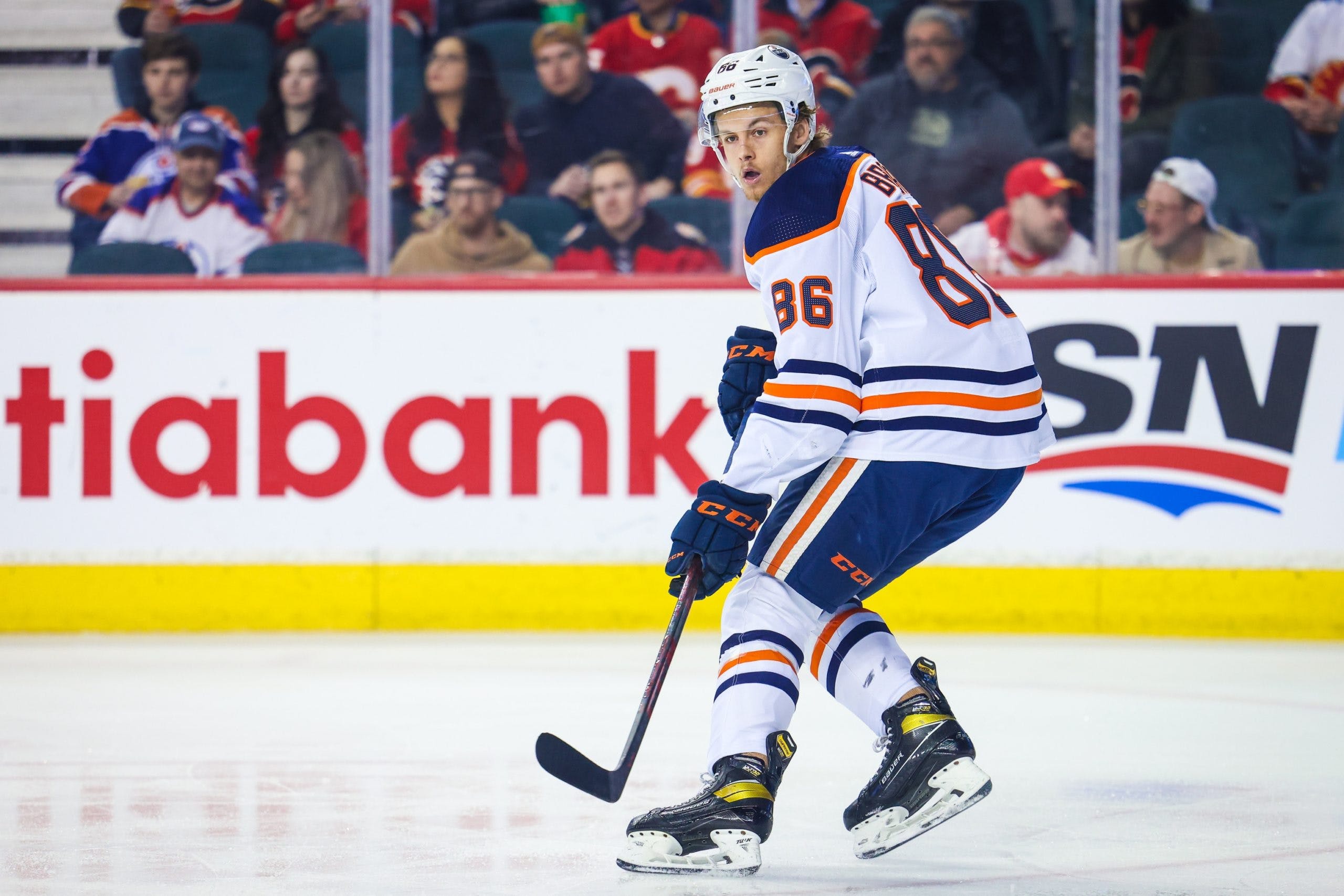 By Liam Horrobin
2 months ago
It has been a spicy week for the Edmonton Oilers, but not in a good way. After losing to the New York Islanders on Wednesday, fans were left frustrated with the performances this team has been putting out on the ice. Now, with the New York Rangers coming up on Saturday, a team that also went to the final four last season, how will the Oilers respond?
One change that was made today was recalling Philip Broberg, their first-round pick from 2019, from the Bakersfield Condors and sending down Markus Niemelainen. Broberg was called up earlier in the season but did not play before being sent down again. In the American Hockey League this season, the Swedish defenceman has dressed in seven games scoring twice and collecting four points. Is Broberg the solution to the team’s blueline woes? We want to hear your thoughts on the decision.
Like every Friday, Baggedmilk will join Oilersnation Everyday to discuss the decision to call up Broberg and also about the team’s recent run of games.
Viewers can catch Tyler Yaremchuk and Liam Horrobin on Oilersnation Everyday at noon mountain on  The Nation Network YouTube page. You can also view the show on Twitter and Facebook. After the show has streamed live, you can find it on all your podcast providers.
Shows
Recent articles from Liam Horrobin