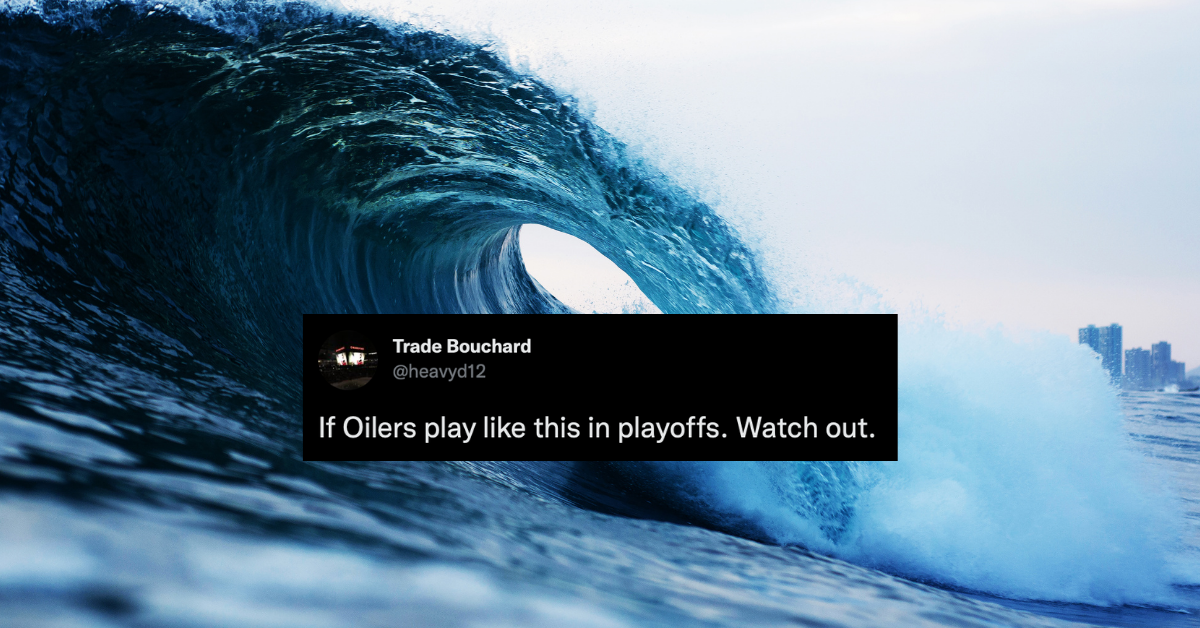 By Caroline Szwed
7 months ago
The Oilers six game-winning streak may have been snapped last week against the Colorado Avalanche but Oil Country could not be prouder of this team right now.
After completing their sweep in California, the Oilers were tasked with a tough job against the best team in the league. Although the Avs walked away with an overtime win, the Oilers put up a heck of a fight!
Personally, this was one of my favourite games all season. It honestly felt like you were watching two great teams battle it out in the playoffs.
It’s even more exciting when you remember where the Oilers were about two months ago and where they are now. It’s literally night and day and there’s one person in particular that I’d like to thank for that…
Side note: Jay Woodcroft is now 19-7-3 (.707) per Bob Stauffer.
What are your thoughts on the Jay Woodcroft era so far? If Woodcroft wasn’t appointed as head coach of the Oilers, do you think this team would be in a playoff position right now? Sound off in the comments!
Okay, so right now I’d love to get into some social reactions from the Oilers / Avalanche game! I was so happy to read all the overwhelming support and appreciation this team was getting from fans online despite the loss. Like I said, this was one of the best games all season!
One guy that deserved ALL the love in this game was Mikko Koskinen! With 33 saves on the night and a .971 SV%, Koskinen was the reason why the Oilers walked away from that game with a point.
On the flip side, Darcy Kuemper was an absolute monster in between the pipes for the Avs. The Oilers tested Kuemper with a whopping 50 shots on net. In my personal opinion, if it were any other goalie on that night, the Oilers would have won the game.
Side note: Can we be done with shootouts already?!
Nonetheless, let’s ride this wave Oilersnation! I always say it’s so important for teams to peak at the right time heading into playoffs. Is that what we’re seeing with the Oilers right now? Can they sustain this level of performance OR do they have even more in the bag?! Talk to me!
I’m also starting to learn that the only right way to end an Oilers article is with a tweet from one of the biggest die-hard fans:
Thoughts, Oilersnation?! Till next time!
Actually, wait! Just in case you missed it, our very own Tyler Yaremchuk and Woz are famous!
I swear there’s some magic in the air right now…
Nation Takes
Oilers Talk
Recent articles from Caroline Szwed