Advertisement
Ad
Oilersnation is ready for the Battle of Alberta! 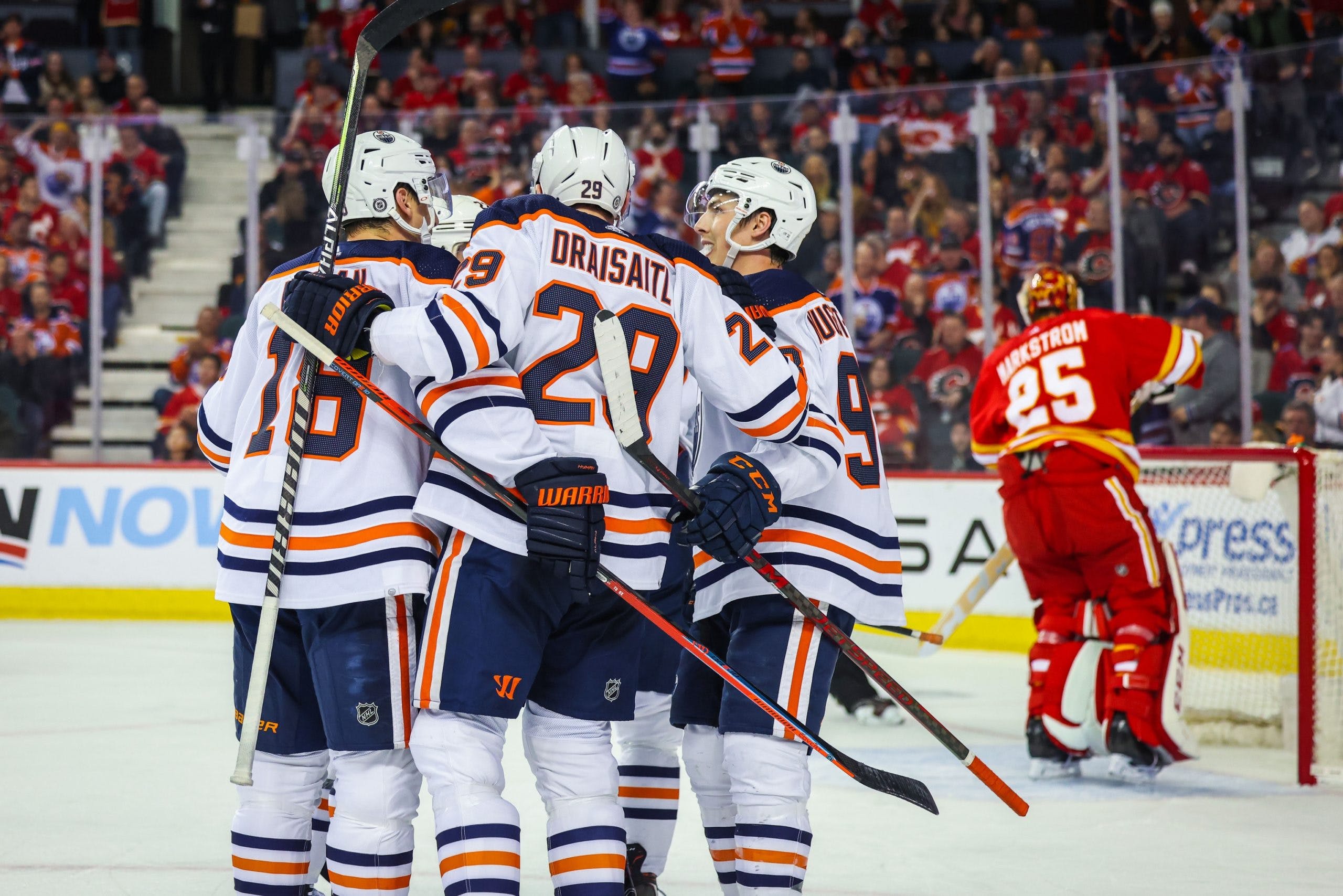 Photo credit: Sergei Belski-USA TODAY Sports
By Caroline Szwed
8 months ago
Comments
It’s official ladies and gentlemen: The Hockey Gods have answered the prayers of many fans across the league.

As Oilersnation, we already know that the Battle of Alberta is crazy in the regular season but now some of us are about to see what this rivalry brings in the playoffs for the first time in our lives!
Side note: I wasn’t born yet the last time these two teams played in the playoffs. This is going to be EPIC.

The stage is set for the first postseason Battle of Alberta in 31 years beginning Wednesday Night on Sportsnet #LetsGoOilers#Flames pic.twitter.com/o62YU6t7KB

for the first time since 1991, the edmonton oilers and calgary flames will meet in the stanley cup playoffs.

there were 27 roughing calls and just one official fight in that seven game series — this famous one between dave brown and jim kyte. pic.twitter.com/JialDB16HN

I mean who wouldn’t want the Battle of Alberta in the playoffs when there’s a potential for more moments like this:

If the Calgary wins, this better happen again in the Battle of Alberta pic.twitter.com/3DO4qxshjD

Okay, so I know a “real” Oilers fan would never cheer for the Flames. However, I have to selfishly admit that I was praying that Calgary would beat Dallas so I could witness the chaos of these two teams meeting in the second round.
Advertisement
Ad
Advertisement
Ad
It turns out that I wasn’t the only one thinking this way! It’s safe to say the Twittersphere blew up once Johnny Gaudreau netted the OT winner for the Flames and we all knew what was coming next.
Here are some of my favourite tweets!

Pump the Battle of Alberta straight into my veins.

With no respect to any other hockey clubs at all…

the Battle of Alberta is superior to any other matchup and the best thing for the NHL.

Brady Tkachuk vs. Oilers fans will be quite the Battle of Alberta undercard.

I'm excited, but still not mentally prepared at all for this BOA

And while we’re here, should we be concerned for the province as a whole?
(Oilersnation, please talk to me in the comments! What’s the worst that can happen?!)

the streets need oilers vs flames.

BOA. Bring it on. The province will get very little done in the next two weeks.

I don’t know how I’m going to physically survive a BOA playoff series.

Alberta is about to be a mess. #boa #LetsGoOilers

But I think Baggedmilk has the biggest concern of them all:
(If you don’t already follow this guy on Twitter, you’re missing out!)

The worst part about the Battle of Alberta is that I’ll probably have to go back into that dump of an arena they have again.

Alright Oilersnation, how are we feeling? Tell me your predictions and how you’re preparing for the second round of the playoffs! Sound off in the comments!
Advertisement
Ad
Advertisement
Ad