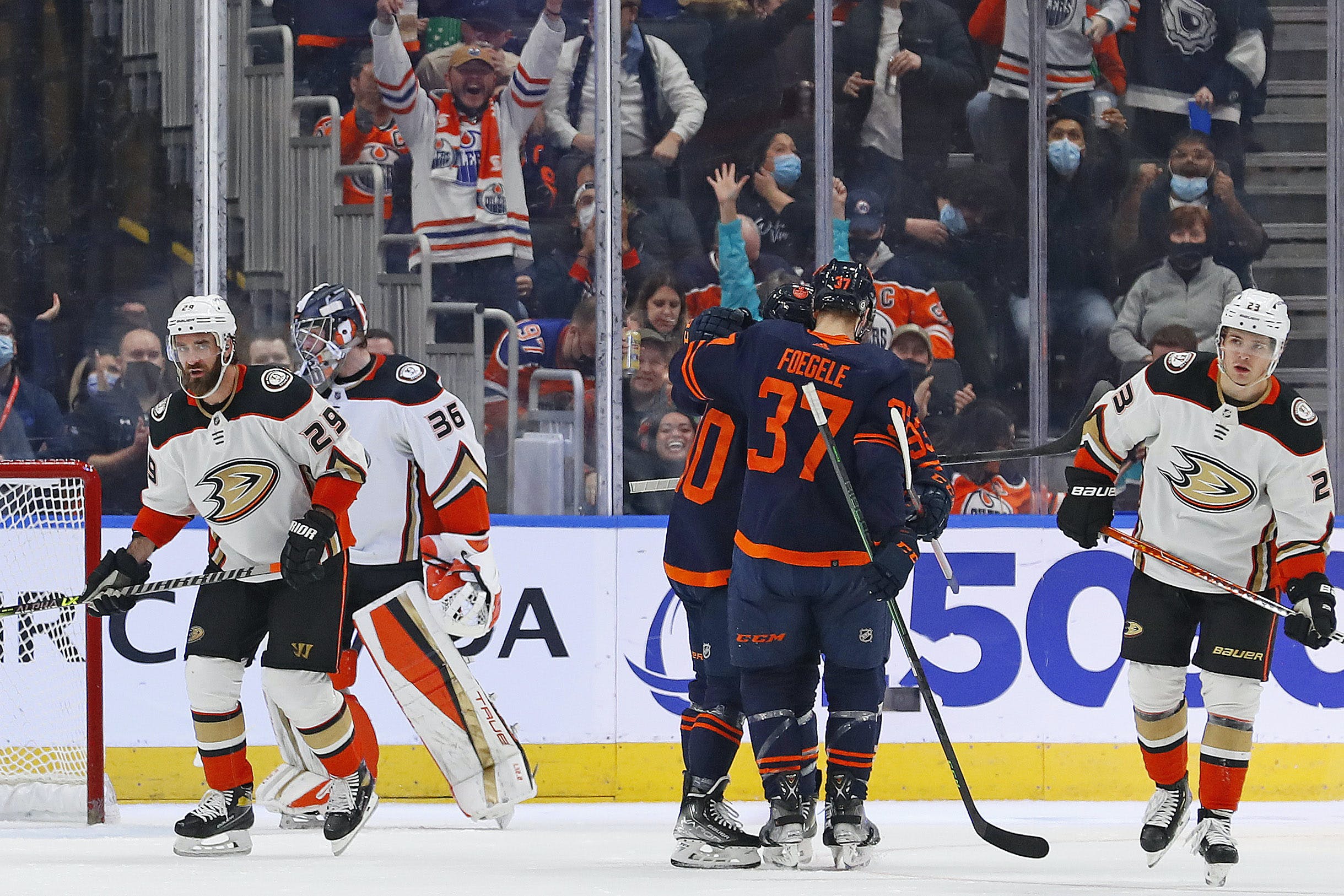 By Tyler Yaremchuk
4 months ago
Part two of my Oilersnation Radio division preview series is up now. Today, I was joined by Felix Sicard who covers the Anaheim Ducks of The Fourth Period. The Ducks are coming off a season in which they only put up 76 points in 82 games and finished 7th in the division. They have a new GM though in Pat Verbeek and he was busy over the summer leading to some optimism that the Ducks can make a push for the playoffs in 2022-23.
The team went out and added Ryan Strome, John Klingberg, and Frank Vatrano in free agency and also acquired Dmitry Kulikov from the Minnesota Wild. They added to a roster that didn’t really lose any key pieces outside of Ryan Getzlaf. They should be an exciting team to watch this year. What will really determine their success though will be players like Trevor Zegras and Troy Terry. Both are coming off incredible seasons and have the potential to blossom into perennial all-stars. Those two along with defenseman Jamie Drysdale and 2021 3rd overall pick Mason MacTavish represent the future of the organization.
One other big story that came out of Anaheim this summer was the future of John Gibson. There were plenty of trade rumours surrounding the 29-year-old goaltender but the Ducks opted to hold onto him and now they’ll be looking for a bounce-back season from their netminder.
I went over all of this with Felix and also got his thoughts on who he thinks will win the division!
Previous Previews:
Oilers Talk
Podcasts
Recent articles from Tyler Yaremchuk