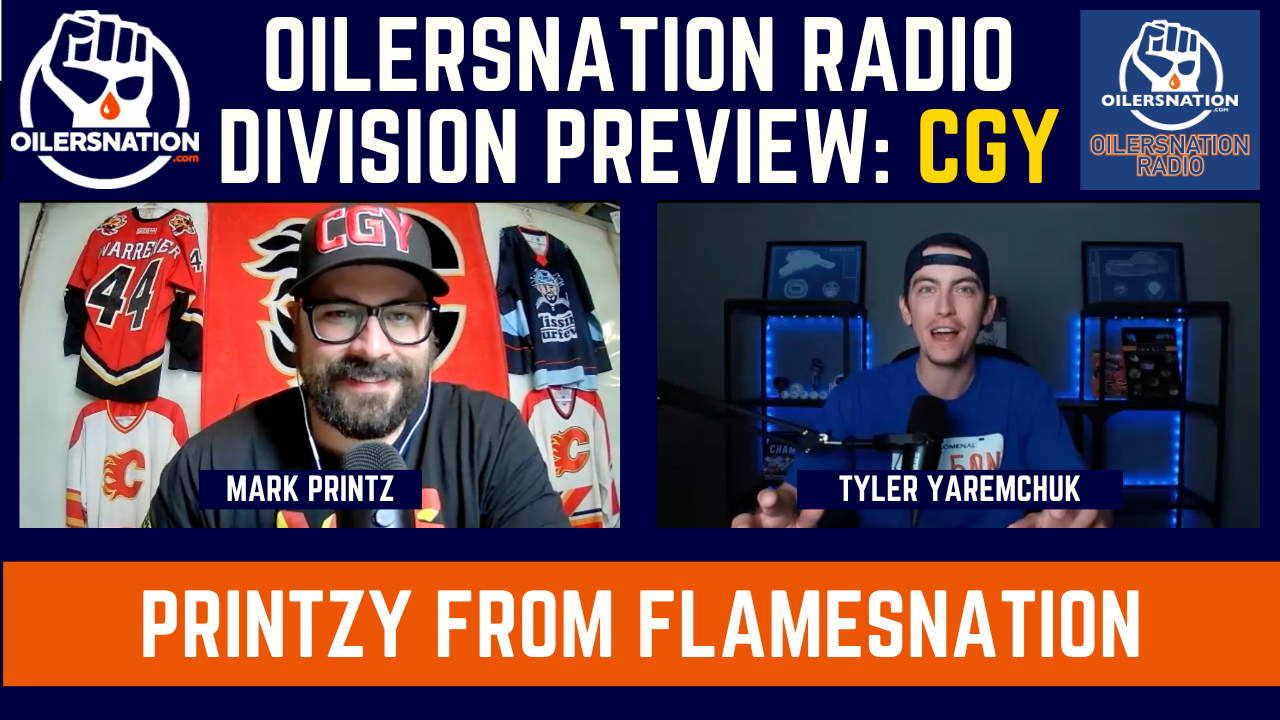 By Tyler Yaremchuk
2 months ago
I continued my Oilersnation Radio Pacific Division Preview by sitting down with our good friend Mark Printz from Flamesnation. We talked about the Flames roster, the state of the Battle of Alberta, and more in this mini-episode of the podcast.
If you want to give it a listen, you can find those links below.
It was a wild summer in Calgary and when I asked Printzy to give me one word to describe it, this was his answer:
“If roller coaster is a word I’m gonna use roller coaster man because there were so many lows that turned into highs it turned back into lows and the highs”.
It was insane. We went from like, oh, the Battle of Alberta is dead. The Flames are going into a rebuild who was like okay, like maybe this thing has life? And then oh my god, does it ever have life, because Nazem Kadri is a Flame.
We also talked about his expectations for some of the new pieces on the team and how he believes they’ll impact the Flames ability to compete for a second straight division title. I have given this Flames team the moniker of the ‘anti-Oilers’ and I got his take on that nickname.
Printzy also shared who he views as the third best team in the division behind the Oilers and Flames and his answer might surprise you:
“I’m gonna go with the Vancouver Canucks. I think they have a better direction now that they’ve signed JT Miller now I know again. Last year, it would have been the Vegas Golden Knights but their goaltending has such a big question mark on it to me. LA looks a little bit better in my opinion. They’ve added some better guys. But I’m going to stick with the Vancouver pick. I think that they’ve got the goaltending defence is a little bit soft, but they’ve got the firepower up front to not necessarily compete for the division but squeak in there.”
Oilers Talk
Podcasts
Recent articles from Tyler Yaremchuk