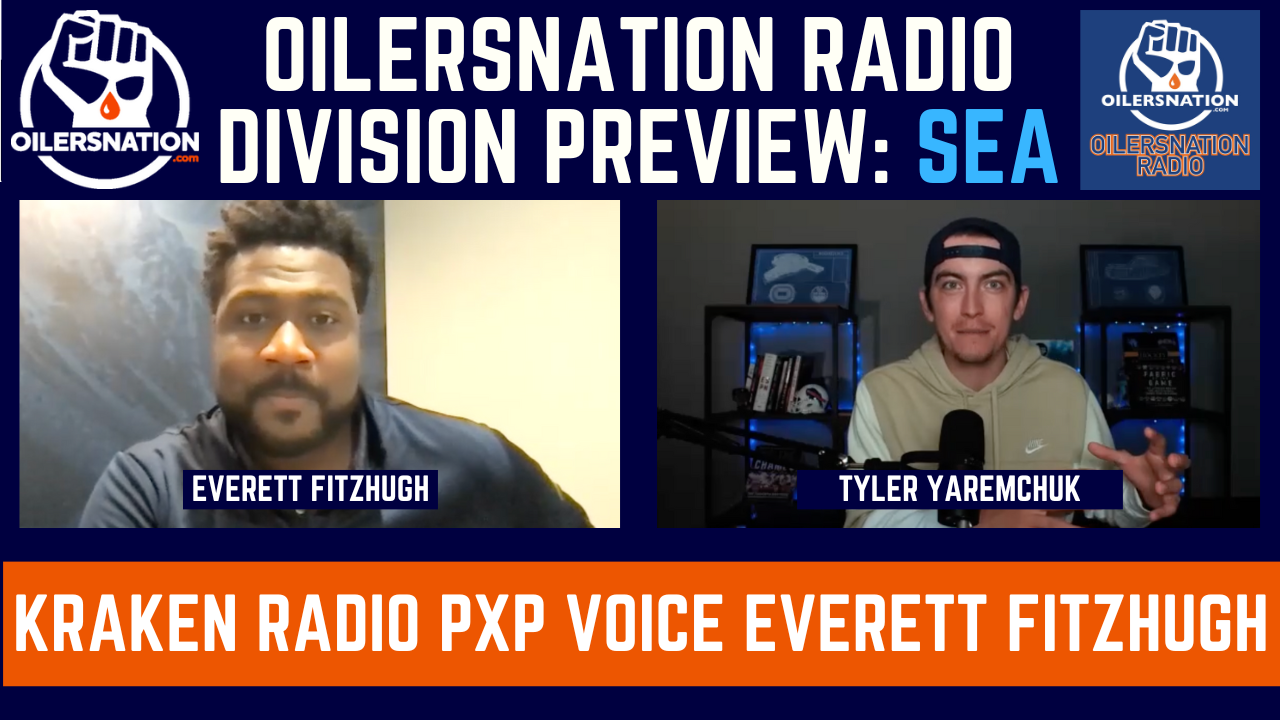 By Tyler Yaremchuk
3 months ago
We continued our Pacific Division previews today with a stop out on the west coast to see what the Seattle Kraken are looking like ahead of their second season in the league. The teams radio Play-by-Play voice Everett Fitzhugh joined Tyler Yaremchuk for a chat about the team’s two young centremen, Matty Beniers and Shane Wright, and what else to expect from a team that looks very different than it did a year ago. In year one, they only put up 60 points but they should do much better than that this season. Everett also talked about how the team has been growing off the ice and how the sports market in Seattle has responded to having an NHL club. He also grew up an Oilers fan, so there was a little bit of talk about that as well.
With Beniers and Wright, the Kraken are hoping they have a “Toews and Kane” or “McDavid and Draisaitl” like duo in place to lead their organization for the next decade-plus. Those two will get a lot of attention this season but Kraken GM Ron Francis did a tremendous job building up the rest of the forward group as well. They brought in 30-goal scorer Oliver Bjorkstrand and also Stanley Cup Champion Andre Burakovsky to give the team a pretty legit top-six.
You can catch my interview with Everett below!
SPOTIFY: https://open.spotify.com/show/2y7JonPieKRqthqYzaDwjz
APPLE: https://podcasts.apple.com/ca/podcast/oilersnation-radio/id1435734461
Oilers Talk
Podcasts
Recent articles from Tyler Yaremchuk