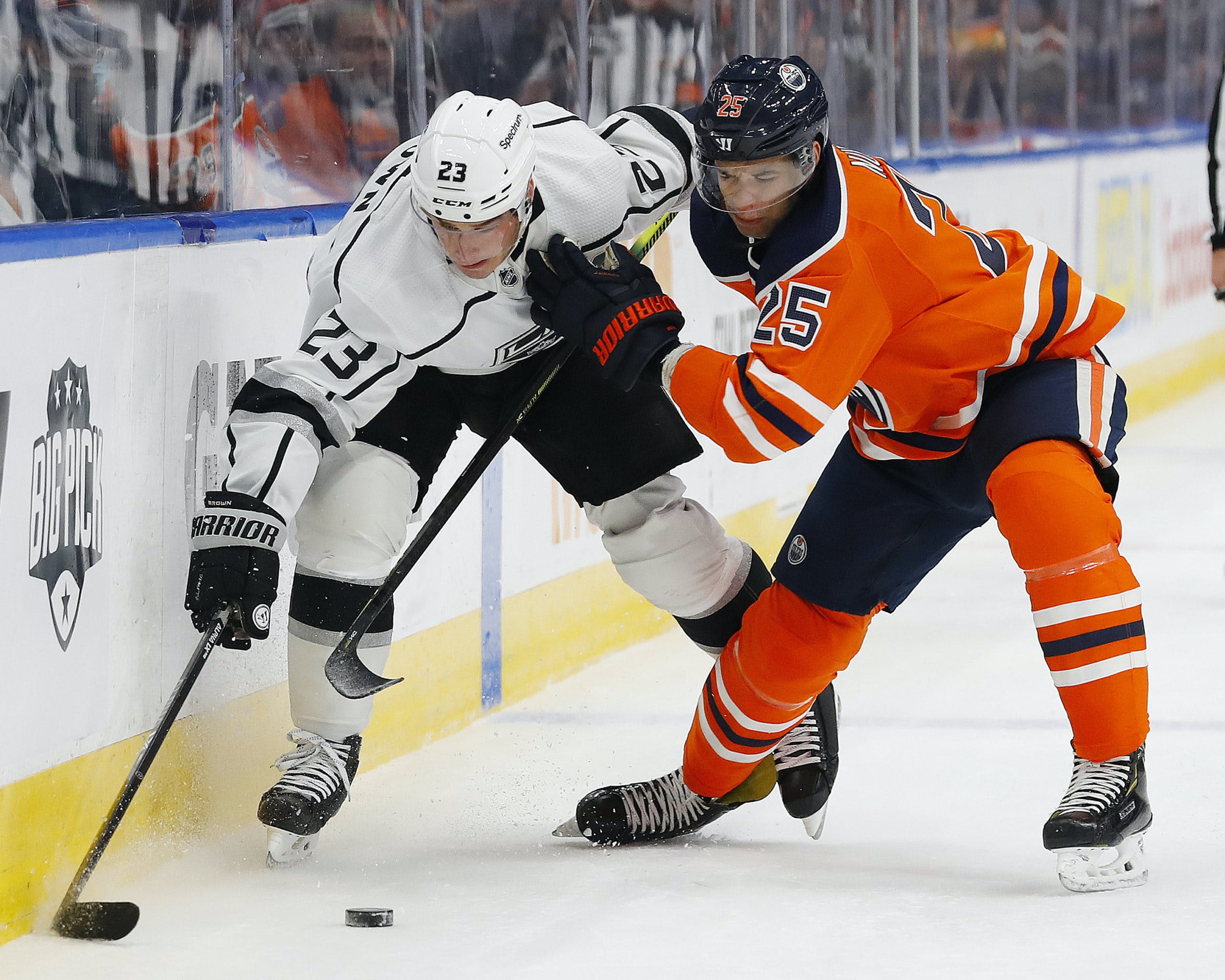 By Zach Laing
1 year ago
Dec. 5th sure was a night to remember.
While the Edmonton Oilers ultimately lost to the LA Kings, there were tons of storylines to come out of the game. Most notably: Connor McDavid was ejected.
He hit Adrian Kempe from behind in the final minutes of the game ending his night. Then, moments later, William Lagesson’s agent Allan Walsh tweeted about how his client was sitting in the press box. Then, right after the game, head coach Dave Tippett went off about the Oilers poor performance.
Here is some of what I wrote that night:

The game plan against the Edmonton Oilers is pretty simple as of late.
Come out fast, pressure the Oilers puck carriers, and get as many pucks on net as you can as quickly as you can.
For the visiting Los Angeles Kings, that’s exactly what they did Sunday night in a 5-1 thumping against the Oilers at Rogers Place. A Rasmus Kupari goal three minutes into the opening frame to thank for that.
It’s a concerning trend that has crept into the Oilers game in recent weeks. It started during a five-game road trip out east, and has since been something that’s stuck. Yes, the Oilers have a 16-7 record and sit second in the Pacific Division. Yes, the Oilers have some of the most offensively gifted players in the NHL. Yes, they have an uncanny ability to push last in games and makes things tight.
But last night against L.A., the game felt over before it started. The big guns couldn’t get going. The rest of the team couldn’t push the way they needed to.