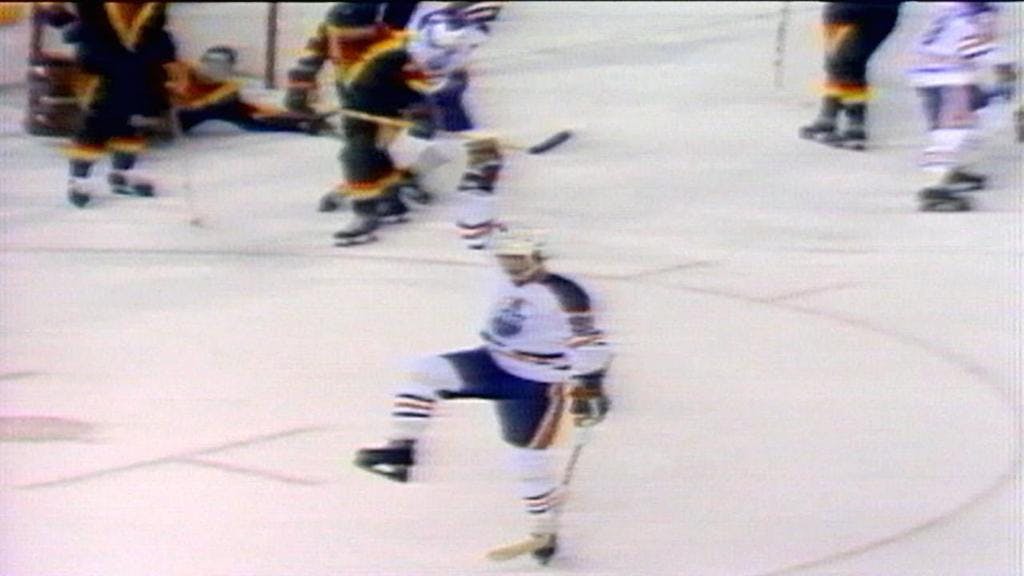 By Cam Lewis
3 months ago
43 years ago today, Wayne Gretzky scored the first goal of his NHL career.
The 19-year-old phenom was among the players that the Edmonton Oilers protected when the team was absorbed into the NHL for the 1979-80 season. In his one and only season in the WHA, which was split between the Indianapolis Racers and the Oilers, Gretzky scored 43 goals and 104 points over 72 games.
Gretzky’s first goal in the NHL came on October 14, 1979, in the team’s third-ever NHL game, a 4-4 tie with the Vancouver Canucks. With the Oilers down by a score of 4-3, Gretzky beat Canucks goaltender Glen Hanlon with the game-tying power-play goal with 1:09 remaining in the third period.
It was the first of 51 goals for Gretzky in his first go-around at the NHL level. He finished tied for fifth in the league in goals with Mike Bossy and tied for first in the league in points with Marcel Dionne. Gretzky was awarded the Hart Trophy, the first of eight consecutive seasons in which he was named the league’s most valuable player.
Many assume that Gretzky was the one who scored Edmonton’s first-ever NHL goal, but that was actually Kevin Lowe, the team’s first-ever draft choice a few months earlier, who holds that honour. Gretzky and Brett Callighen picked up the assists on Lowe’s goal.
Featured
Oilers Talk
Recent articles from Cam Lewis