By Robin Brownlee
5 months ago
There are so many storylines with the Edmonton Oilers going into the Western Conference final against the Colorado Avalanche and most revolve around @Connor McDavid and \@Leon Draisaitl, who are one series win from having the opportunity to play for their first Stanley Cup.
As compelling as their stories are – McDavid has waited seven seasons and Draisaitl eight to reach the third round – in a match-up of talented, high-scoring teams, I’m looking at @Mike Smith. His first chance to play for the Cup, if it comes, could be his last. When you’re 40, the reality is you’re nearing the end of the line and there are not a lot of kicks at the can left.
For Smith, this is just his second trip to a conference final in a NHL career spanning 16 years, five teams, and 41 post-season games. Despite some very good numbers, namely a .930 save percentage, Smith sits at 19 wins and 20 losses in playoffs. In his only trip to a conference final series, in 2012 with Arizona, the Coyotes lost to the Los Angeles Kings.
Ten years later, after a season with big-time swings in it and one in which Jay Woodcroft replaced Dave Tippett behind the bench, here we are as the Oilers have overcome the Kings and Calgary Flames to get here. They face the Avs tonight in Denver with McDavid and Draisaitl depending on Smith every bit as much as he depends on them. 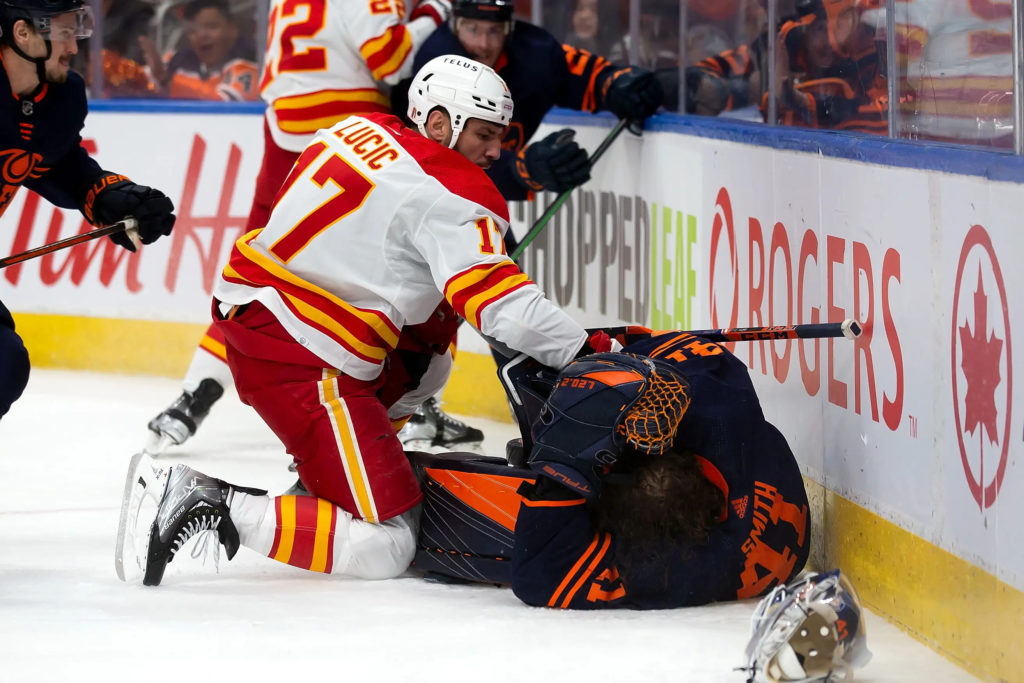 Milan Lucic smashes Mike Smith into the boards during the Flames-Oilers playoff game.
“Yes. Obviously, it’s been a rocky year leading up to the playoffs, so I did feel 40 early on in the season,” said Smith, who struggled at times to overcome an injury early this season. “You realize as you get older that your chances to make a push and make a run for the Stanley Cup are getting narrower and narrower. It’s something that we’ve talked about as a group that your opportunities to get to the conference final don’t come around every day.
“It’s something that you want to take advantage of when you get here and prepare yourself to try and get to the ultimate spot, and that’s in the finals. It’ll take everyone pulling on the same rope and giving it our best shot to get there.”
How many times did people write off Smith this season? How many times did you write off Smith? He’s done. He’s washed up. Some unquestionably bad moments had many fans feeling that way. Fair enough, but when you add everything up, including some ridiculously good stretches, Smith finished the season 16-9-2 with a 2.81 GAA and .915. He was Smitty again.
More important than those numbers, or Smith’s career playoff numbers for that matter, is how he’s playing now. Smith is 8-3 with a 2.70 GAA and .927 this post-season as he faces Colorado. As it stands now, Smith has been better than Darcy Kuemper in these playoffs. If it stays that way, the Oilers can win this series despite being distinct underdogs in the minds of many.
“We’ve got lots of confidence in Smitty,” said McDavid, who is tied for the playoff scoring lead with Draisaitl at 26 points, a $3 cab ride ahead of everybody else. “He’s 40 years old, but he brings so much energy and so much passion to the game. He battles so hard. It makes you want to play hard in front of him for sure.” 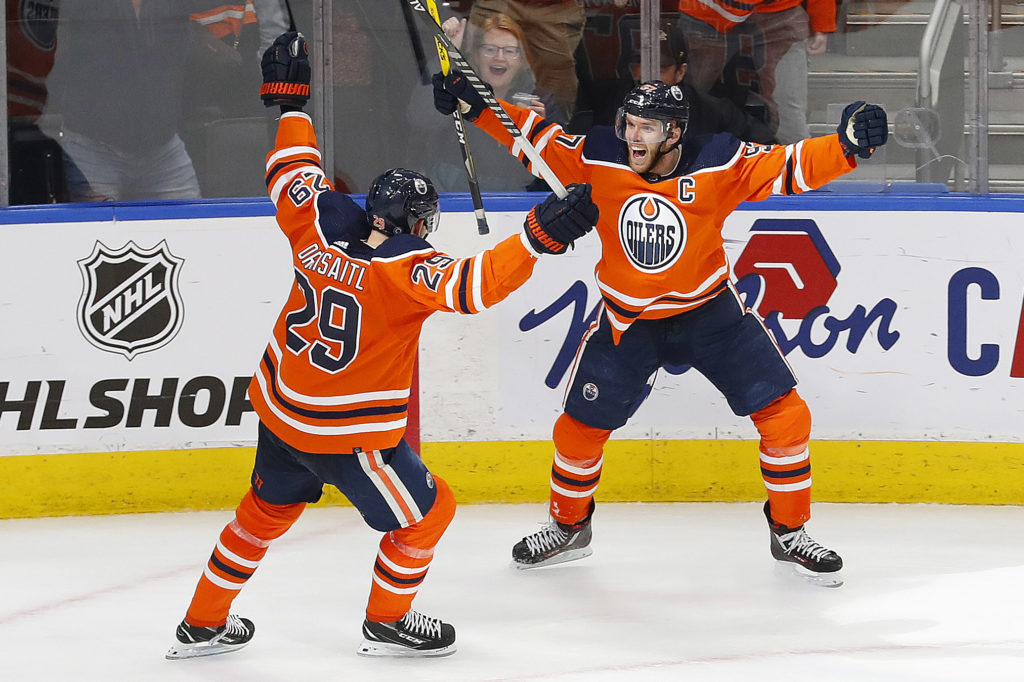 Apr 1, 2022; Edmonton, Alberta, CAN; Edmonton Oilers forward Connor McDavid (97) celebrates an overtime winning goal with center Leon Draisaitl (29) against the St. Louis Blues at Rogers Place. Mandatory Credit: Perry Nelson-USA TODAY Sports
McDavid and Draisaitl have multiple years left on their contracts with the Oilers, so they aren’t going anywhere. That said, there’s no time like the present to take that first shot. The road to that in 2022 is through Denver. As for Smith, he’s got another year left on his contract, but what are the odds? Today, he’s eight wins away.
When I look back to 2006, the last time the Oilers reached the Stanley Cup final, I think about Dwayne Roloson and how he battled his ass off in the crease before he went down with a knee injury in the first game of the Cup final against Carolina. We all know how that played out. I’ve often wondered what might have been had Roloson stayed healthy.
It goes without saying this is a different team and this is a different time. That said, I see a lot of Roloson in Smith. I can’t wait to find out if the 2022 edition of the Oilers might have eight more wins in them with a healthy Smith and with McDavid and Draisaitl doing what they do, but first things first. Let’s get started. 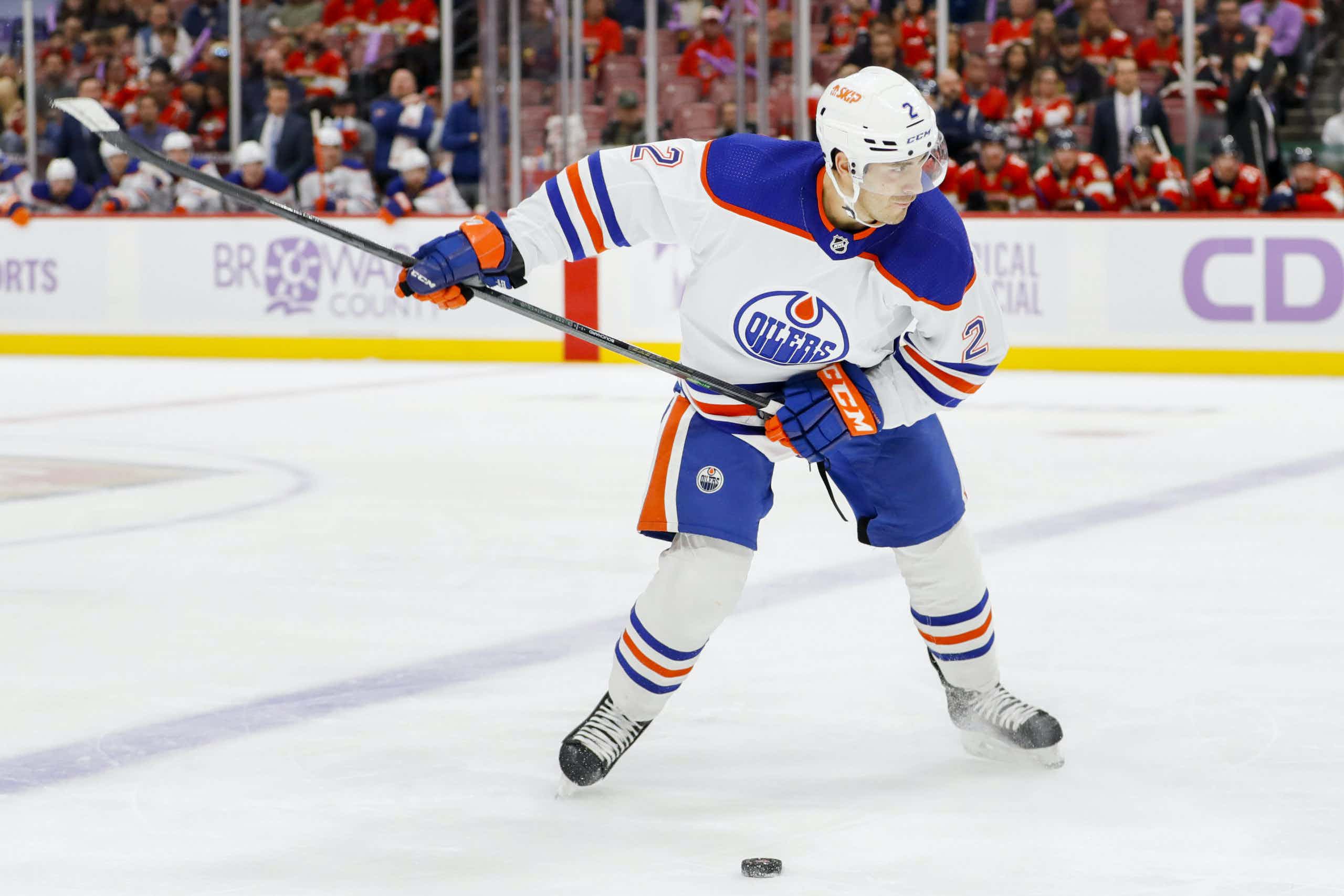