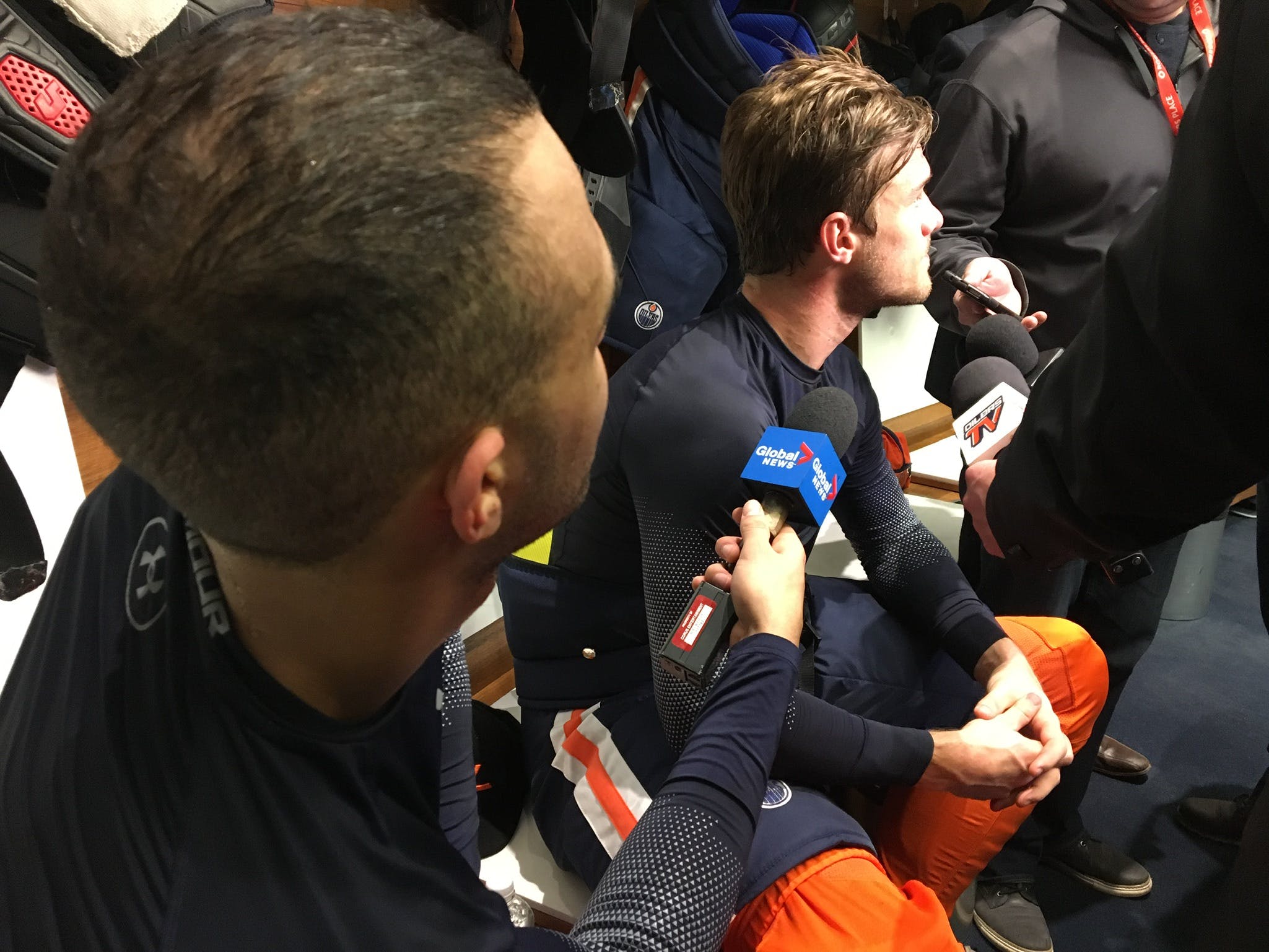 By Quinn Phillips
1 year ago
Thank you to everyone who welcomed me with such open arms. I appreciated everyone backing me up too, I want you to know that really means a lot to me.
I was so happy that I also got some questions because to be honest I was terrified no one would ask a question and I’d be forced to get my mom to tweet from my dad’s account and ask me a question. I won’t get to them all at once, but I promise to get to them over time.
Favourite player on the current roster?
Well, let’s start from the beginning in terms of favourite players. When I was a kid around the rink, I often picked my favourite players based on how they treated me. I have great memories of skating at the Oilers Christmas parties with Steve Smith, so for a long time he was my favourite player (SAVE IT ON THE OWN GOAL, I KNOW, I KNOW). Joe Murphy, Dean McAmmond made the list, and of course if you read my first article you know Eric Brewer was on there.
I still do tend to pick my favourite players based on personality, so that’s why *drumroll please* I have to put Darnell Nurse at the top of the list.
For starters, whenever you interview him you just get the most positive vibe from him. He’s such a team-first guy and you get the sense from him he’d do anything for his teammates. He defends them, he stays positive about them… I just always really admired that about him and it’s very endearing.
I also always felt really comfortable with Darnell and that I could talk to him about pretty much anything. And I tended to do that, he was often my go-to when I had off the beaten path questions to ask.
Great story, one time I was in a scrum and just barely able to reach my microphone in there, but I managed to squeeze in. Problem was, I was in Darnell’s stall and he came up and tapped me because he needed to get in there. “Dammit!” Well, he must’ve seen the desperation on my face because without hesitation he grabbed my microphone, sat down in his stall and held it in there for the remainder of the questions for Oscar Klefbom. That’s the kind of guy Darnell is.
Do I have a favourite game call my dad made when I was a kid?
This one is always an interesting question for me, because when I look back now, I feel like I was just spoiled with who my dad was. You take advantage of the fact that your dad is the Oilers broadcaster, and you don’t really let what he does sink in. It’s also something you never think will come to an end. When I listen back now, I’m just amazed at his eloquence and how quickly his brain worked to make calls. Like, have you tried doing play-by-play? It’s stupid hard! (To be honest, that’s one regret I have was not actually trying to get into doing it and paving a path for more women. I would’ve had a great teacher.)
When I listen back to some of the calls I love when he ripped on the refs, obviously, and I really appreciated this one line “the echoes are alive in this grand ole hockey building in Edmonton.” It’s something so poetic and just wild to think someone comes up with that in the heat of the moment.
But what I miss the most is his goal call. No one does it the same and has that same tone and vibrancy in
“scooooorrrrressssss.”
My favourite moment in his career though I think would have to be Gretzky’s retirement. He was so incredibly nervous about that, and Wayne was such a special person to my dad. EVERYONE knows the moment “For the last time, tonight’s first star, number 99 *voice crack and tears*, Wayne Gretzky” and cue the crying. You always knew my dad was an emotional man by listening to him, but that was an even deeper look into the soft side of Cap’n Rod. He’s such a sensitive man and something I love so much about him.
Ok ok, enough of the gushy stuff – BRING ON THOSE QUESTIONS! I still have more to get to, but I want to have a lot to answer so I’m counting on you Oilersnation!
*FutureGm, love that question and it’s something I want to really dig in to so I’ve got your answer coming!
Nation Takes
Oilers Talk
Recent articles from Quinn Phillips