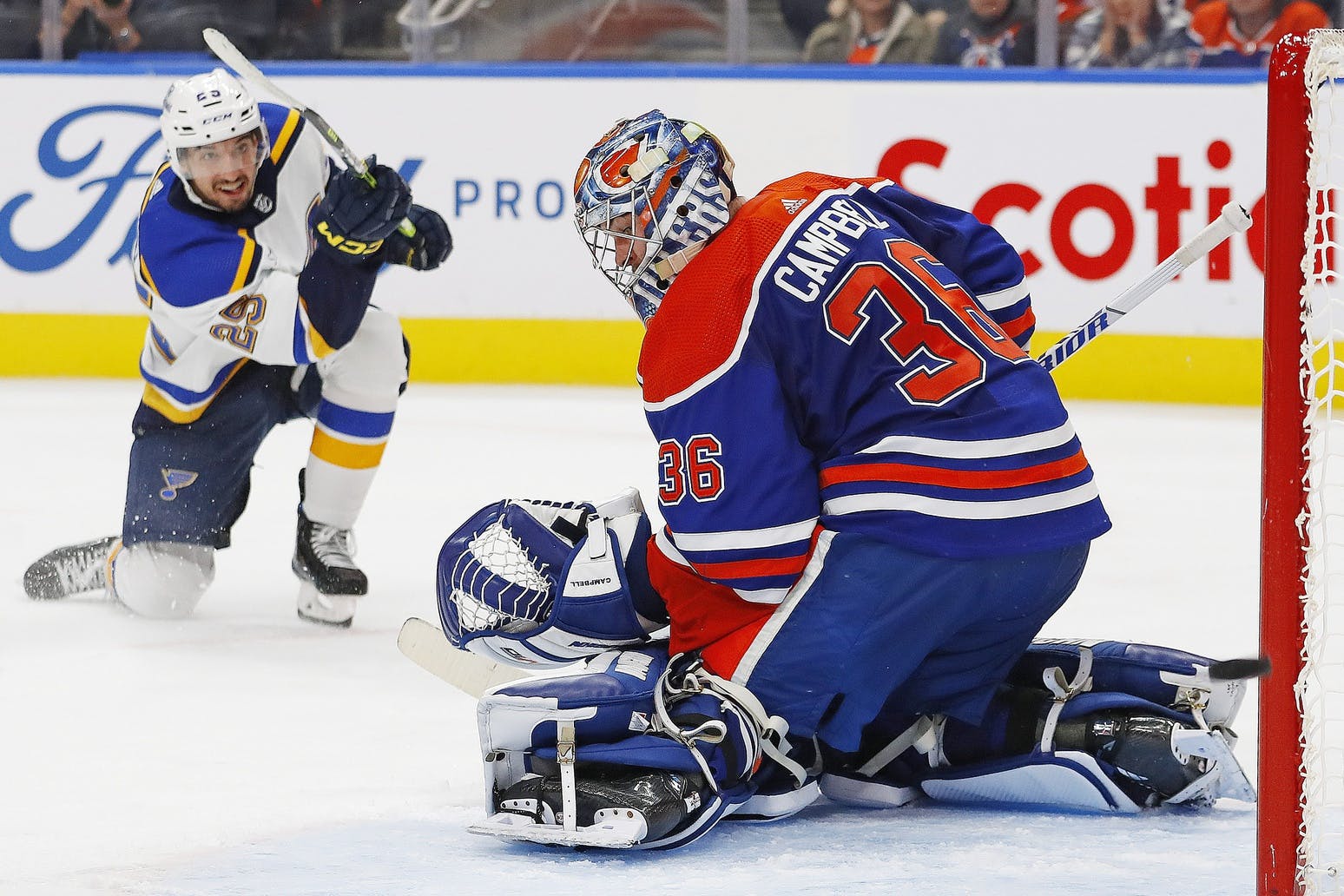 By baggedmilk
28 days ago
It’s been a minute since I emptied my brain out of all its delicious ideas, and there’s no better time for a little nonsense than on a Friday when you’re looking for ways to kill company time.

Even though he would never admit it in a million years, I’m convinced that Connor McDavid came into this season with the goal of winning the Rocket Richard Trophy as the league’s top goal scorer. I don’t know anything about anything, I’m just guessing that this is the case. Why? Simple. The Rocket Richard is one of the individual awards that Connor has yet to win, and I believe he wants it whether he says it or not. That’s not to suggest that McDavid hasn’t been a fantastic goal scorer throughout his career — he put up a new career-high of 44 goals just last year and actually had a higher goals/game average in the COVID shortened all-Canadian season — but he’s pumping goals in with purpose this season and that makes me feel like this was a goal he set for himself. I mean, how else would you explain what’s happening right now? Then again, maybe it’s just a coincidence that he got shut out from every award in 2021-22 only to start the new season with 12 goals in 11 games, but would you bet on it? I wouldn’t. I’m thinking Grudge Connor has landed and I cannot wait to see what he does next.

THE PK IS NOT OKAY

I don’t think I’m talking out of school when I say that the penalty kill needs to get sorted out and that it needs to happen yesterday. I’m not sure if it’s the new personnel that Woodcroft is trying on the PK or if the boys are just taking a little bit more time to get their assignments dialed in, but the fact that the Oilers have given up goals in nine of 11 games is a real problem. Outside of last Saturday’s win against the Flames, the Oilers haven’t been able to keep their opponents off the board, and eventually, that’s going to cost them wins if they can’t find a way to turn this trend around. With only a 75.0% success rate on the penalty kill, the Oilers are ranked 25th in the NHL when down a man and that’s nowhere near good enough for a team with Stanley Cup dreams. Even though they were able to kill off all three shorthanded situations last night against the Devils, I won’t be feeling comfortable until one game of PK perfection turns into a little bit of a run.

WHY ARE WE ARGUING ABOUT THE GOALTENDING?

I guess I’m confused about the narrative going around with some folks that the Oilers have some kind of issue brewing in net because I just don’t see it. And that’s not to say that we don’t need Jack Campbell to get up to speed — Gord knows having a save% below .900 is a disaster waiting to happen — but I also have a hard time getting too upset when the guy has won four of his last five starts. Campbell isn’t costing the Oilers games and outside of getting yanked against Calgary, something I don’t blame him for at all given the horrendous start from the team in front of him, and he’s been giving his team a chance to win every time he’s in the net. Just because you may not like the way he’s winning games, doesn’t mean that he’s not still winning them. That said, I’m not going to pretend like Campbell doesn’t have to be better than what he’s given us so far, but I also don’t see a guy that’s 5-2-0 through his first seven starts as a major problem either. I know the argument is that he wouldn’t have won those games had the Oilers not put up as many goals as they did, but that’s what happened, so why are we muddying the waters with hypotheticals?
From where I blog, I think it’s incredibly important to get both Campbell and Stuart Skinner going to the best of their abilities because we’re going to need them both as the season wears on. Right now, Skinner is playing out of his mind and I love to see it, but I also know there’s a very good chance that this heater won’t last forever and that we’ll be turning to Campbell to help steady the ship. My point here is that we need both guys contributing between the pipes, and just because Skinner is locked in already doesn’t mean we should be handing him the net just yet. If anything, having Skinner playing as well as he is should make us all feel even more confident about our tandem in net, knowing that we have two guys that can help us win and that the default starter probably won’t have to play as much as expected. This early in the year, I can’t subscribe to the idea of anyone losing the net or any kind of goaltending controversy because the reality is that both guys are (mostly) picking up wins, and that’s exactly what we need them to do. Having two goalies that can give us quality minutes will be huge as the season wears on, and that’s why I’m choosing to avoid the noise. We need both guys, and I don’t care who is starting in net or what their stats look like so long as they win.

DYLAN HOLLOWAY AND THE VALUE OF PRACTICE

In seven games played so far this season, Dylan Holloway is averaging just over seven minutes in TOI, and I’m starting to wonder if he might be better served to play some big minutes with the Condors rather than watching the boys from the best seat in the house. I know there are people that say there’s value in practicing with the big club and I guess I understand that to a point, but you’d be hard pressed to convince me that playing 20+ minutes in all situations in Bakersfield wouldn’t be better for his overall development at this stage. Last night against the Devils, Holloway played only 4:35 after a tough giveaway early in the game led to the Devils picking up their first goal of the night. While I absolutely understand the move by Woodcroft, the reality is that the kid is going to make mistakes and that’s why I would rather see him work the kinks out in Bako instead of always worrying about being stapled to the bench any time something goes wrong. At this stage, the Oilers are in win-now mode and that means there’s not a whole lot of room for learning on the fly, and while I absolutely believe Holloway is going to be a stud for this team down the line, I wonder how much leash he has left before the Oilers ultimately make the call that lets him be a big fish in a smaller pond for a little while. 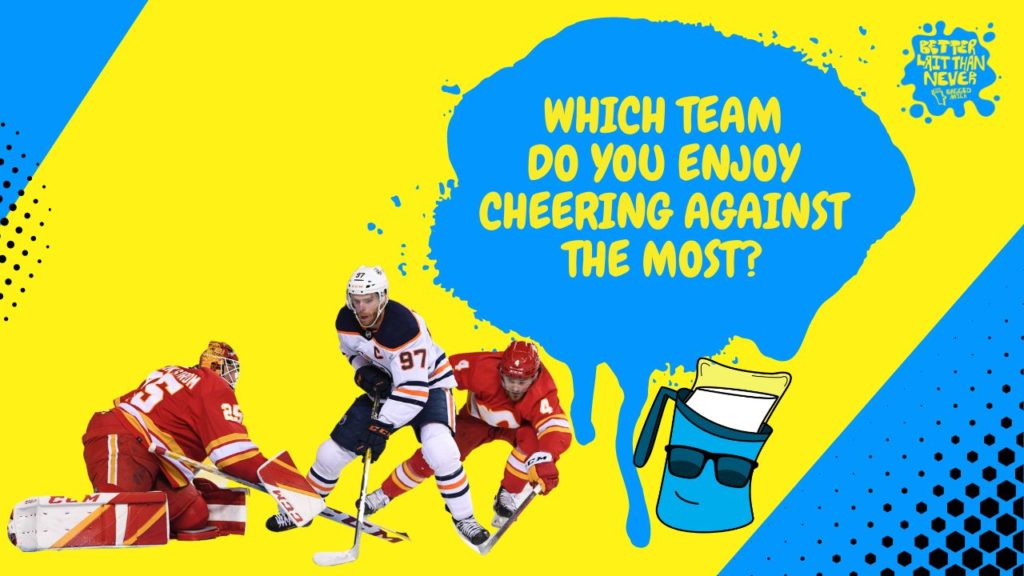 New episode of the podcast is out everywhere! Subscribe to Better Lait Than Never for FREE on Spotify, Apple Podcasts, Google Podcasts, and wherever else you get your podcasts from!

HAPPY BIRTHDAY TO MY BROTHER

He doesn’t read the site nor does he care about hockey at all, but it’s my brother’s birthday today and I’m wishing him a very happy birthday that he will never see in a million years. Happy birthday, dude.
Editorials
Featured
Oilers Talk
Recent articles from baggedmilk