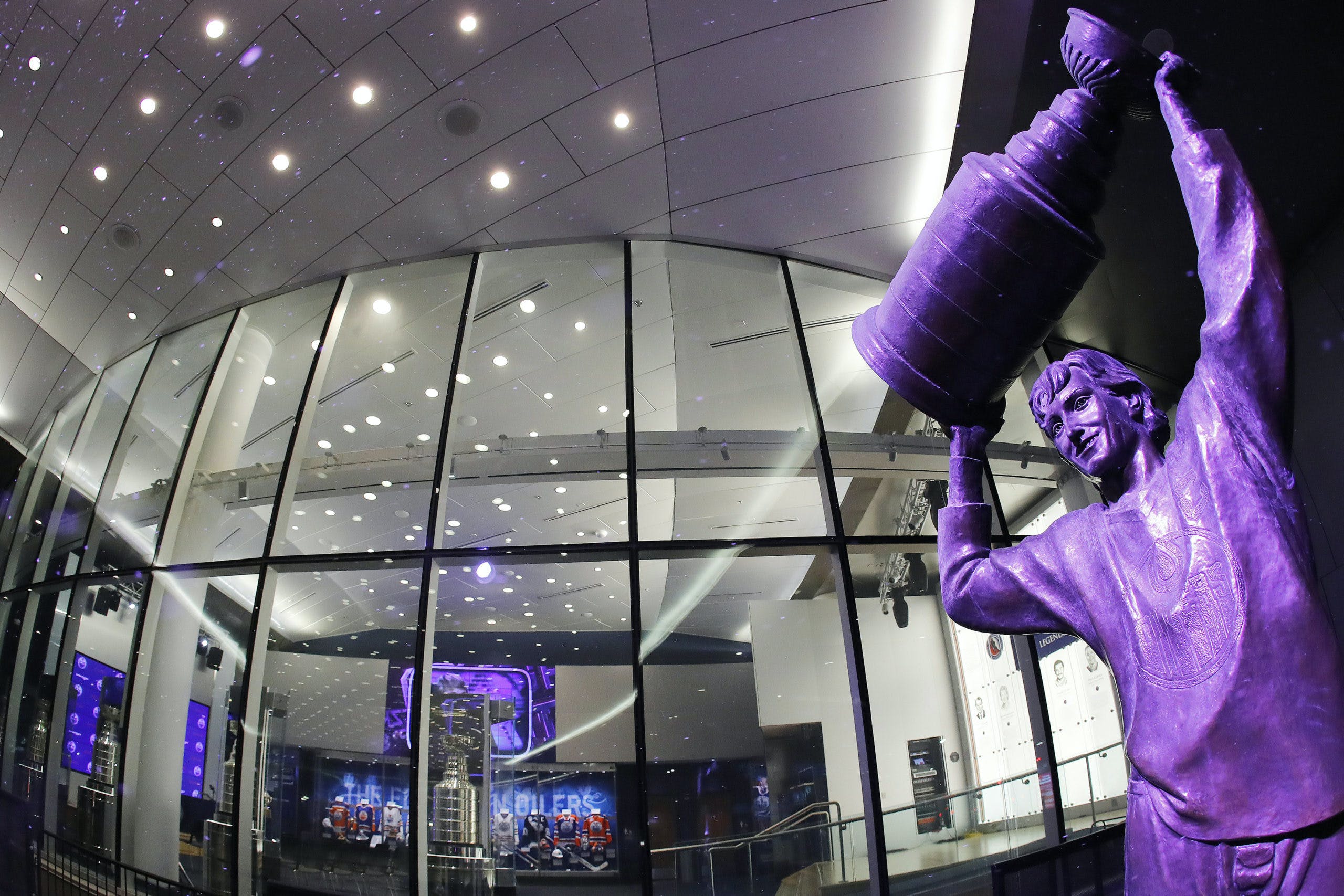 By Robin Brownlee
1 year ago
I’m equal parts amused and surprised by some of the reaction I’ve seen to the Oilers Entertainment Group attaching health and safety requirements – proof of COVID vaccinations or a negative COVID test — to attending Edmonton Oilers games at Rogers Place.
Some of the obligatory outrage at the Oilers’ decision to insist on putting in place safety measures after polling their season ticket base is right here on this website, while there’s plenty more of it to be found on social media and in the news cycle. While it appears at first glance that the majority of people feel the trend of requiring COVID measures is a necessary step, as usual, there’s a very vocal minority speaking out against it, as is their right.
A comment that caught my attention came via CityNews by somebody named Greg Steele, who claims he’s been an Oilers’ season ticket holder since 1983. Steele says the OEG’s decision to put in place COVID conditions, as other pro teams are doing, has prompted him to do what the Decade of Darkness didn’t – turn in his tickets. He’s done. That item is here.
Steele has every right not to spend one thin dime on the Oilers, although I found the way he worded the reasoning behind his decision humorous. “If you’re asking me for my double vaccine requirement, can you ask someone if they got their STI test? Like how far is this going to go? It’s nobody’s business, especially not the government’s, if I’ve been vaccinated or not.”
I said, pardon? I can’t think of a situation where a vaccination record or a test result for a sexually transmitted infection would have anything to do with being able to attend a hockey game. It does, however, conjure up visions of one or two of the trades Peter Chiarelli made here, but I digress . . . 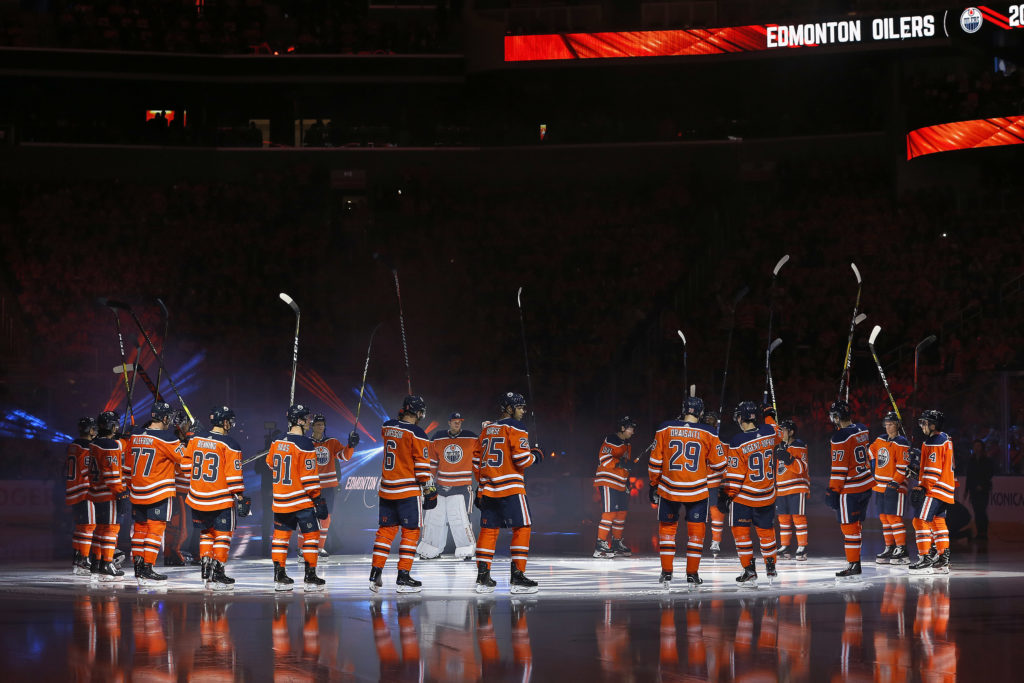 Oct 2, 2019; Edmonton, Alberta, CAN; The 2019-2020 Edmonton Oilers are introduced the fans prior to a game against the Vancouver Canucks at Rogers Place. Mandatory Credit: Perry Nelson-USA TODAY Sports
In any case, I don’t see a reasonable comparison between an STI test and the requirement fans provide proof of vaccination or a negative COVID test result starting September 28. Likewise, I don’t buy the argument putting such regulations in place is an unreasonable infringement on our personal rights, given what we know and the fourth wave we’re seeing.
The key word here is “unreasonable.” Look, I can argue that existing seat belt laws are an infringement on my right to freely move around the inside of the vehicle I’m travelling in – especially during a collision – but is that infringement unreasonable when data shows being strapped in reduces death and/or injury?
Speed limits are an infringement on my right to drive as fast as I want or as fast as my car can go, but are they unreasonable? I could give plenty of other examples but it probably isn’t worth the time because if you’re dead set against vaccinations or proof of testing for attending Oiler games or other events, I’m not going to change your mind. I don’t feel compelled to.
The majority of Albertans have made the decision to be vaccinated for COVID based on the best information doctors can provide and the science we have. That doesn’t mean you have to do the same, even if medical professionals and most people around you think it’s a good idea. The bottom line is nobody has a right to stick a needle in your arm against your will.
Let’s not get that confused, though, with having the right to walk through the doors at Rogers Place to attend an Oilers game on your terms no matter what — especially in the face of another wave of COVID. The determination has been made that vaccination proof or a negative test are reasonable requirements. You don’t have to accept it. You don’t have to comply. You have the right to spend your money elsewhere, to stay home.