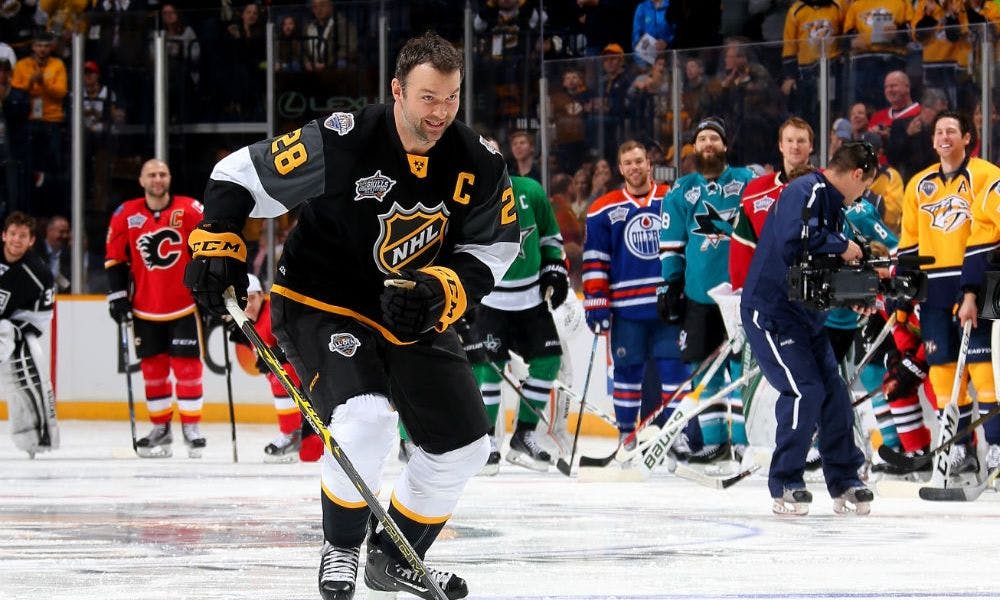 By Real Life Podcast
1 year ago
The weekend may be over but that doesn’t mean the fun has to end as the boys are back with a fresh episode of the Real Life Podcast to help you get through what’s left of your Monday. In today’s episode, the guys covered the Oilers’ pre-season win over the Flames, climbing the oil derrick, and welcomed John Scott to the podcast to discuss all things hockey and preview the NHL season.
To kick off the Monday podcast, the guys got started with a look at the Ryder Cup and specifically how funny it was to see Justin Thomas and Daniel Berger pounding back a couple of beers on day one of the tournament. Speaking of beers, the Oilers are setting up the oil derrick in Ford Hall near the beer gardens which prompted the guys to wonder how long it will take before some drunk dude decides to climb that baby. Getting the show back on the rails, the guys welcomed former NHL tough guy and Dropping the Gloves host, John Scott, to the podcast to talk about everything from sore hips, broken hands, and what it’s like to play men’s league as a retired NHLer. Looking ahead at the upcoming season, the guys asked John what he expects as the league goes back to its full schedule for the first time since the pandemic started. He also gave the boys a breakdown on what it will be like for the Oilers to have a future Hall of Famer like Duncan Keith in the dressing room. As someone that played with Keith for a couple of years in Chicago, Scott gave his take on how valuable it will be to have a veteran presence like #2 in the room. He also got the boys fired up with his takes on the Oilers that were not overly inspiring but it was definitely fun to hear everyone get fired up about it anyway.
Want to leave us a message? Do it here!
Listen to the Monday episode of Real Life below:
Subscribe to the Real Life Podcast for FREE on Spotify here, on Apple Podcasts here, on YouTube, or wherever you get your podcasts from.
Oilers Talk
Podcasts
Recent articles from Real Life Podcast