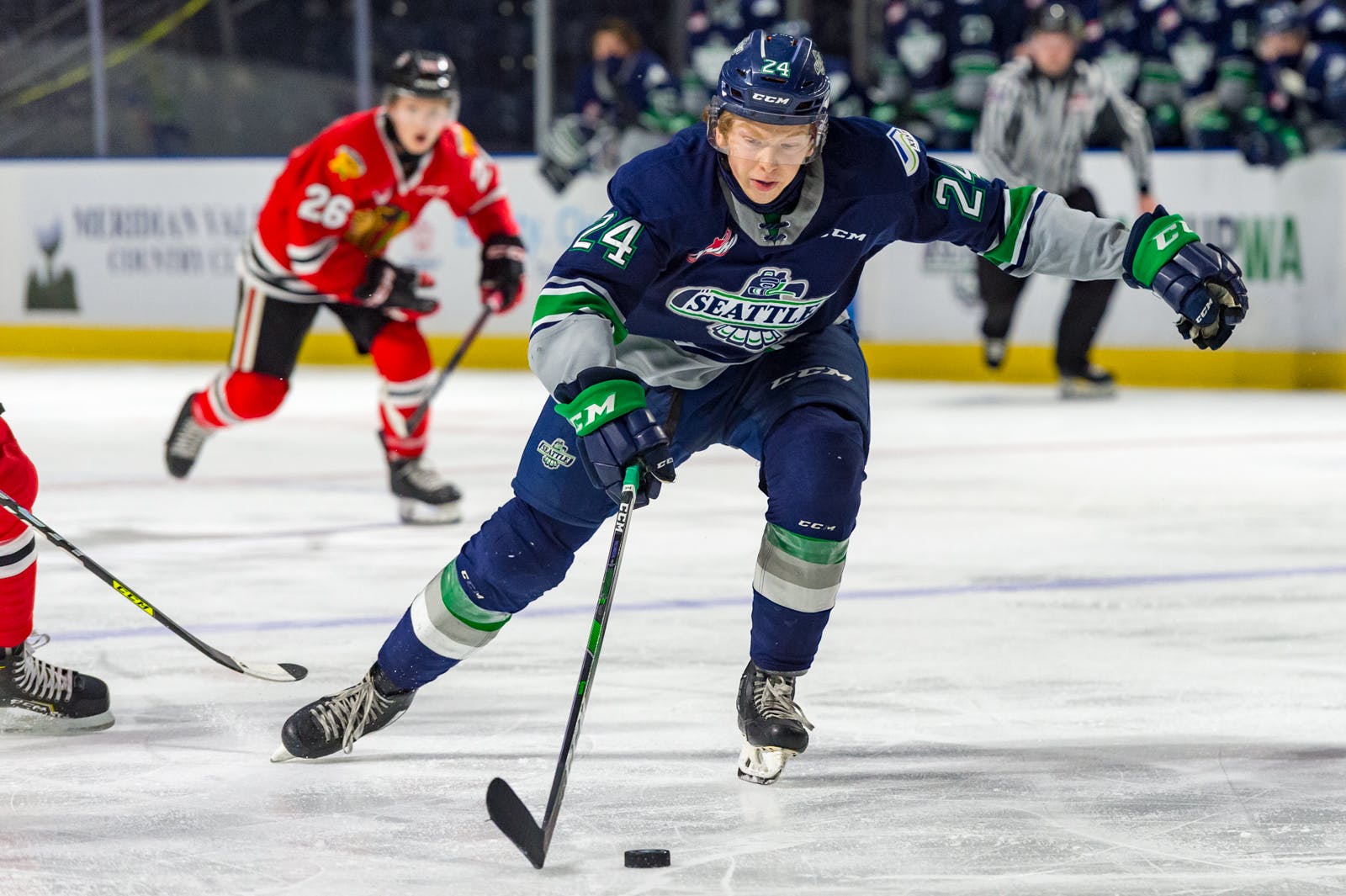 By Liam Horrobin
1 month ago
It is getting closer to that time of year again. Christmas is only 15 days away, which means that second Christmas is 16 away. That’s right, I am talking about the IIHF World Junior Championship. The World Juniors has not been the same for a couple of years now as the COVID-19 pandemic affected the tournament massively. Of course, the last one was here in Edmonton in the middle of the summer, and while it ended dramatically, not many people enjoyed the moment like they usually would.
For this upcoming tournament, normality is back not only for the fans but the players too, who dream of scoring game-winner in front of a sold out arena with the Maple Leaf on their chest. One of the players dreaming of that moment this year is Reid Schaefer. The Edmonton Oilers drafted Schaefer with the 32nd overall pick as the 2022 NHL Entry Draft after an incredible year with the Seattle Thunderbirds in the Western Hockey League. The Spruce Grove native set new career highs across the board with 32 goals and 26 assists for 58 points in 66 games. In his previous years at the junior level, he had only combined for six goals and 18 points across four seasons.
Well, this season, Schaefer’s World Junior camp invite came because he deserved the opportunity. Once again, Schaefer is putting on a clinic in Seattle, becoming one of the elite goalscorers in the WHL. This season, the Oilers prospect is well on his way to smashing his previous career highs with 15 goals and 27 points in only 22 games. Those totals put Schaefer on pace for 45 goals and 81 points for the Thunderbirds, who sit as one of the top teams in the WHL after 24 games.
On Monday, Schaefer was one of 29 Canadian players invited to Canada’s World Junior camp in Moncton, New Brunswick. Joining him at the camp are a bunch of high-end 2023 NHL Draft prospects including Connor Bedard (Regina Pats) and Adam Fantilli (University of Michigan), along with his teammate Kevin Korchinski (8th overall, 2022, Chicago Blackhawks). Other fellow first rounders that will be in attendance include Zachary Bolduc (17th overall, 2021, St Louis Blues), Brennan Othmann (16th overall, 2021, New York Rangers), and Nolan Allan (32nd overall, 2021, Chicago Blackhawks). Canada has also been loaned Shane Wright (Seattle Kraken), Brandt Clarke (Los Angeles Kings), and Dylan Guenther (Arizona Coyotes) from their NHL clubs, which makes cracking this year’s roster a tall order for a lot of guys.
Over and above the long list of quality prospects on the invite list, ten players are returning to Canada’s roster from the 2021 team, including seven forwards. Needless to say, it is fair to assume that all of them have a very good chance to make the roster again. And when you combine those seven players along with the two NHL forwards (Wright and Guenther) being loaned to them for the tournament, Canada may already have nine forward spots secured. It could prove to be an uphill battle for Schaefer to crack the roster, but if Canada is looking for a goalscorer then he could be their man.