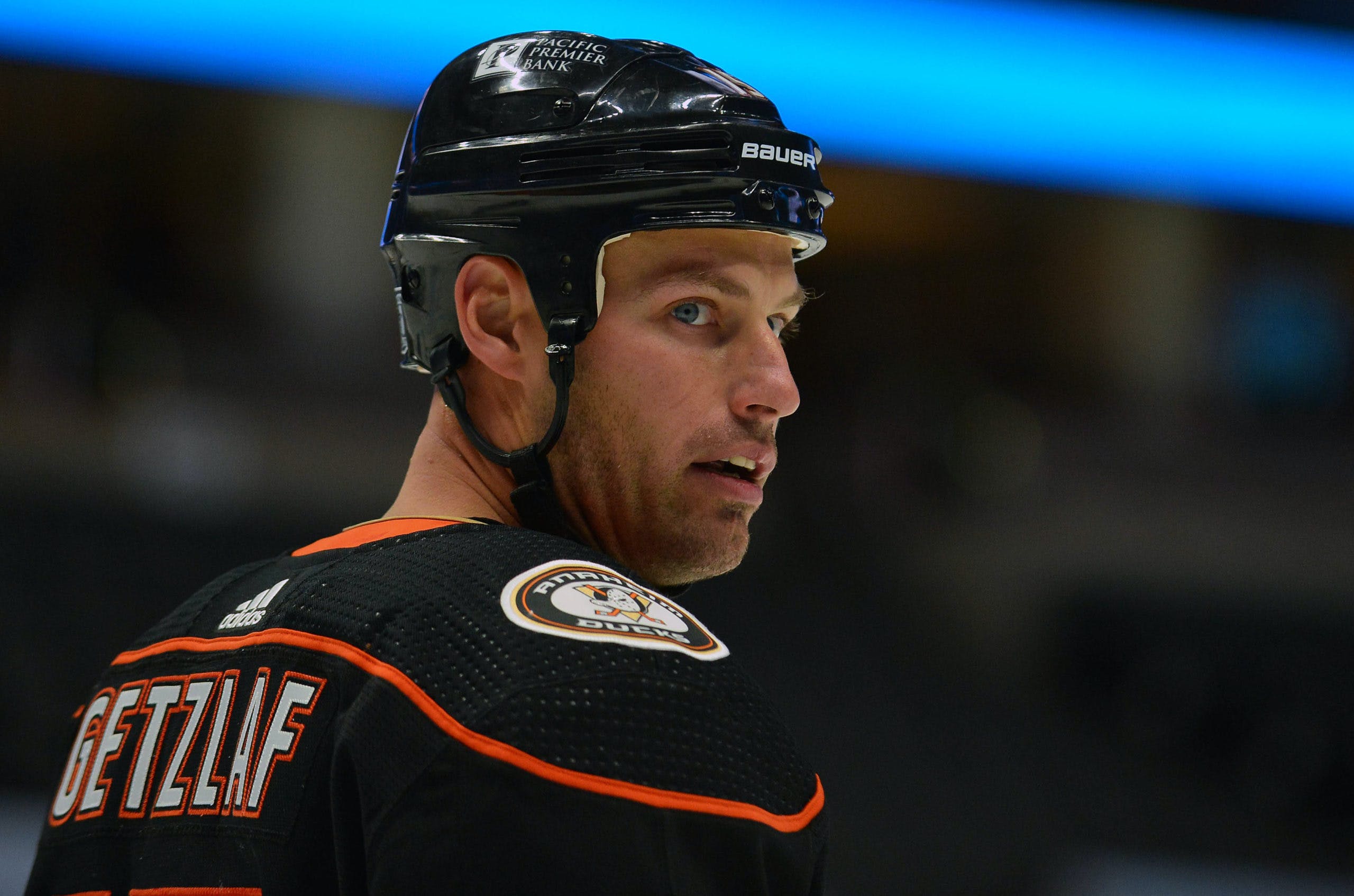 By Zach Laing
1 year ago
Ryan Getzlaf is being loosely connected to the Edmonton Oilers as a potential bottom-six centre.
TSN’s Pierre LeBrun highlighted the team as one potential fit for the grizzled veteran.
Getzlaf, 36, has spent his full 1,101 game NHL career with the Anaheim Ducks scoring 279 goals and 982 points in that time.
He’s coming off a down year having scored just five goals and 17 points in 48 games this year, but had scored well over 2 P/60 in the years prior.
The 6’4, 225 lb. right-shot centre fits the bill for what the Oilers are looking for to fill that 3C slot and Getzlaf still brings a lot on the ice.
According to hockeyviz.com, at even-strength this year he contributed offence at a five percent rate above league average and defence at a three percent rate above league average. He would undoubtedly bring the intangibles the Oilers are looking for, too.
He won the cup with the Ducks as a 21-year-old in 2006-07 and has been a part of some deep runs since. A Regina, Sask. native, the link to nearby Edmonton makes sense as a western Canadian boy who spent his major junior years with the Calgary Hitmen where he was a star.
I’d be high on the Oilers targeting Getzlaf in free agency, but money and term would of course be the most important part of it all. According to Evolving Hockey contract projections, his most likely contract (48% chance) is a one-year deal paying him $2.182-million. His second most likely deal is a two-year contract (22%) which would pay him an AAV of $3.43-million.
Zach Laing is the Nation Network’s news director and senior columnist. He can be followed on Twitter at @zjlaing, or reached by email at zach@oilersnation.com.
Nation Takes
News
Oilers Talk
Recent articles from Zach Laing