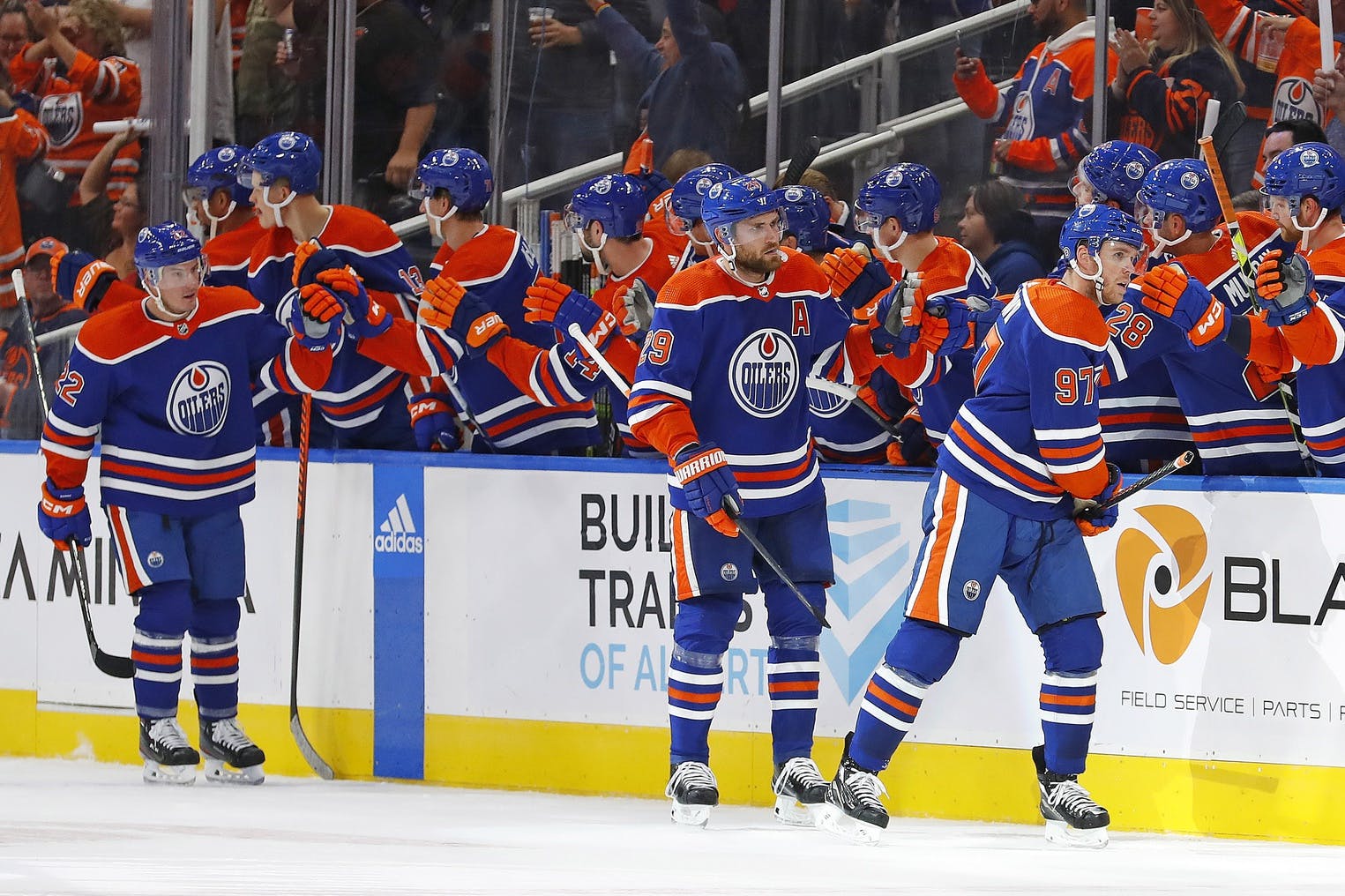 By baggedmilk
10 days ago
Risky Business is brought to you by NHL odds site Betway!
On paper, this is a game that the Edmonton Oilers should absolutely win. Not only are the Canucks horrible this year, but they’re also going through one of the weirdest scenes with a head coach that I can personally remember, which makes for an interesting opportunity to kick ’em while they’re down. As much as I feel bad for Bruce Boudreau — the Canucks are treating him like a real asshole despite not at all deserving it — I also believe that these are the types of situations that the Oilers need to take advantage of if they’re going to truly be considered Cup contenders. Can you beat a team like Vancouver that’s swirling the toilet bowl on their descent into mediocrity? I believe they can, and I’m planning on betting it.
If you’re following along at home, the odds I’ll be using for my game day betting articles all season come from Betway. Here’s what I’m putting down against the Canucks:

This was one of those nights where my bets didn’t pay but the Oilers won, and I think I’m happy with that based on where we’re at in the season. A small sacrifice to manifest the win, ya know?
And there you have it, friends. Now that you know what I’m betting on — I’ll be throwing one unit down on each bet, for the record — feel free to hit me up in the comments section to let me know what you’re looking at against the Canucks.
Oilers Talk
Recent articles from baggedmilk