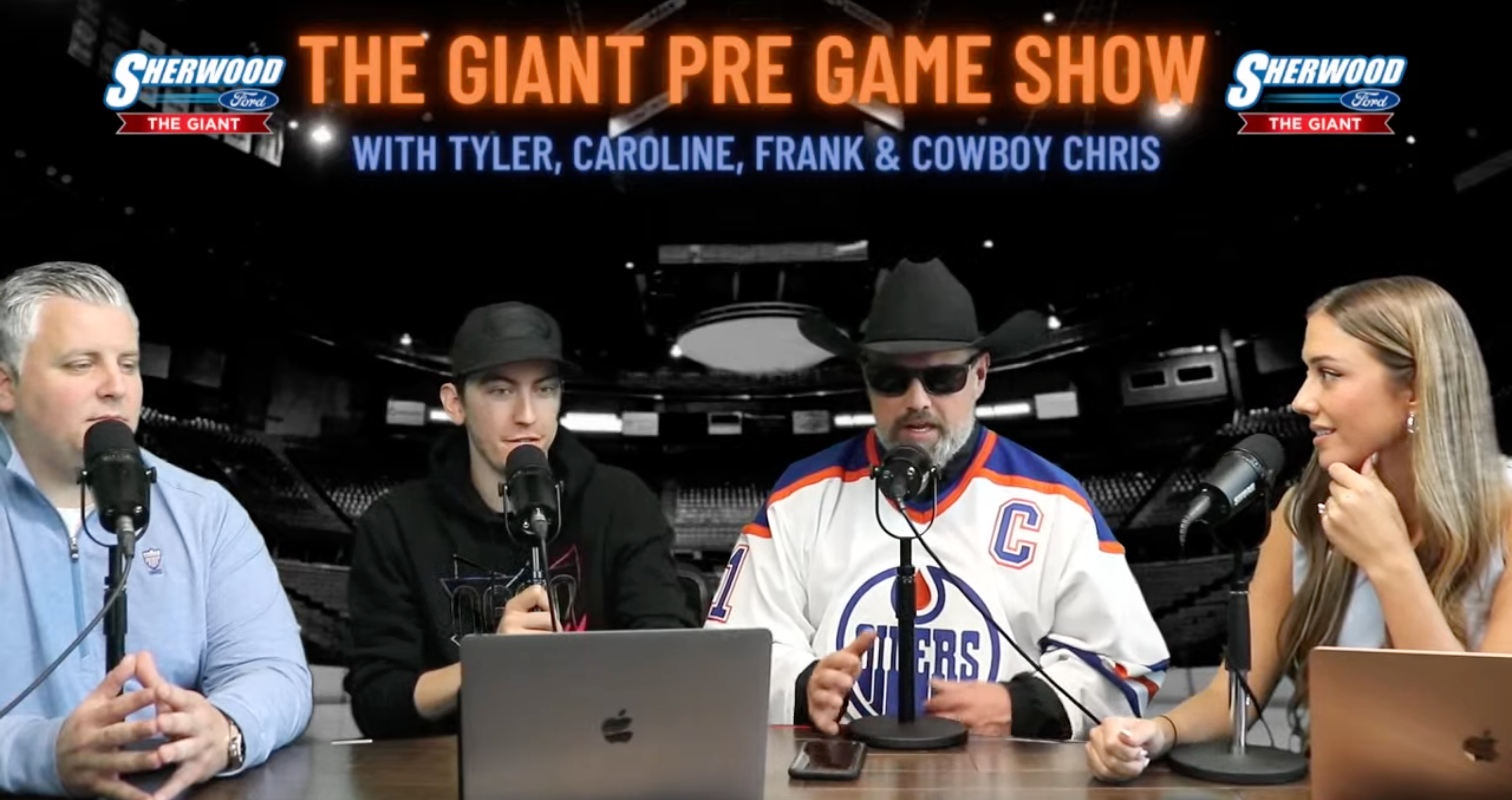 By Tyler Yaremchuk
8 months ago
The Oilers came out in Game 3 and absolutely throttled the Calgary Flames. They thoroughly dominated them for the first 40 minutes and that propelled them to a huge victory. Rogers Place was absolutely rocking and the city was a vibe on Sunday. We started the Sherwood Ford GIANT Pre Game Show by looking back at what impressed us in game three and we also dug into what each side had to say in the media after the game. There were definitely some interesting quotes for us to unpack. We also looked ahead to tonight’s big game!
The Oilers were in this same spot back in the first round against the LA Kings. They had a chance to take a 3-1 series lead and they came out and played their worst game of the series. They can’t afford to do that again here tonight and we outlined what we think the team has to do in-game four to force the Flames to the brink of elimination. We also talked about Jacob Markstrom’s struggles and if this is just a bad run or if the Oilers have found a way to solve him.
As always, you can watch the show below or by heading over to our YouTube Channel! Don’t forget to subscribe!
Oilers Talk
Videos
Recent articles from Tyler Yaremchuk