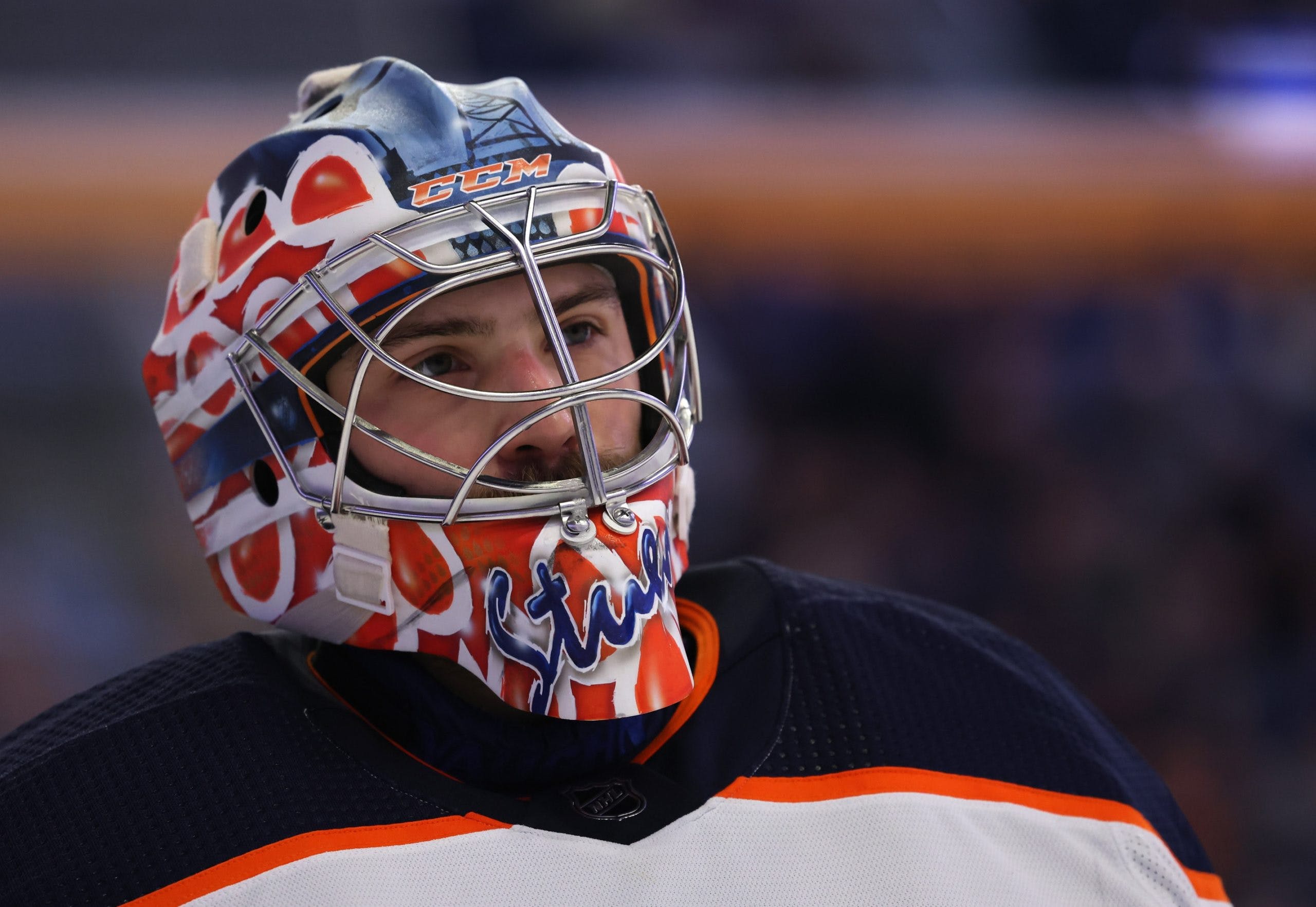 By Cam Lewis
8 months ago
The Edmonton Oilers have made a last-minute roster move ahead of tonight’s game with the Ducks in Anaheim.
Stuart Skinner has been recalled from the Bakersfield Condors on an emergency basis as Mikko Koskinen is dealing with a non-COVID illness. Mike Smith will make the start in Anaheim.
While everyone wants to see Skinner up with the Oilers, it would seem that this is just a short-term thing until Koskinen is back. Since it isn’t COVID that Koskinen is dealing with, he won’t have to undergo any quarantine and likely won’t be out for long. If Koskinen does miss any time, Skinner could wind up seeing some action as the Oilers travel through California.
The Oilers play in San Jose on Tuesday and then in Los Angeles on Thursday.
The Condors were on the road on Saturday in Henderson, Nevada playing the Silver Knights, so it wouldn’t be a difficult trip for Skinner to join the Oilers in Southern California. Skinner also didn’t play for the Condors on Saturday, he last suited up on Friday in Bakersfield when the team hosted Henderson.
Skinner boasts the highest save percentage among Edmonton’s three goaltenders this season at .913 through 13 appearances. Koskinen is at .902 save percentage in 40 games while Smith has a .894 save percentage in 20 games.
Also, here’s the lineup for the Ducks game…
News
Team News
Recent articles from Cam Lewis