Sunday Scaries: Happy New Year! I was Right About the Jets, but the Oilers had a Good Week Anyways. 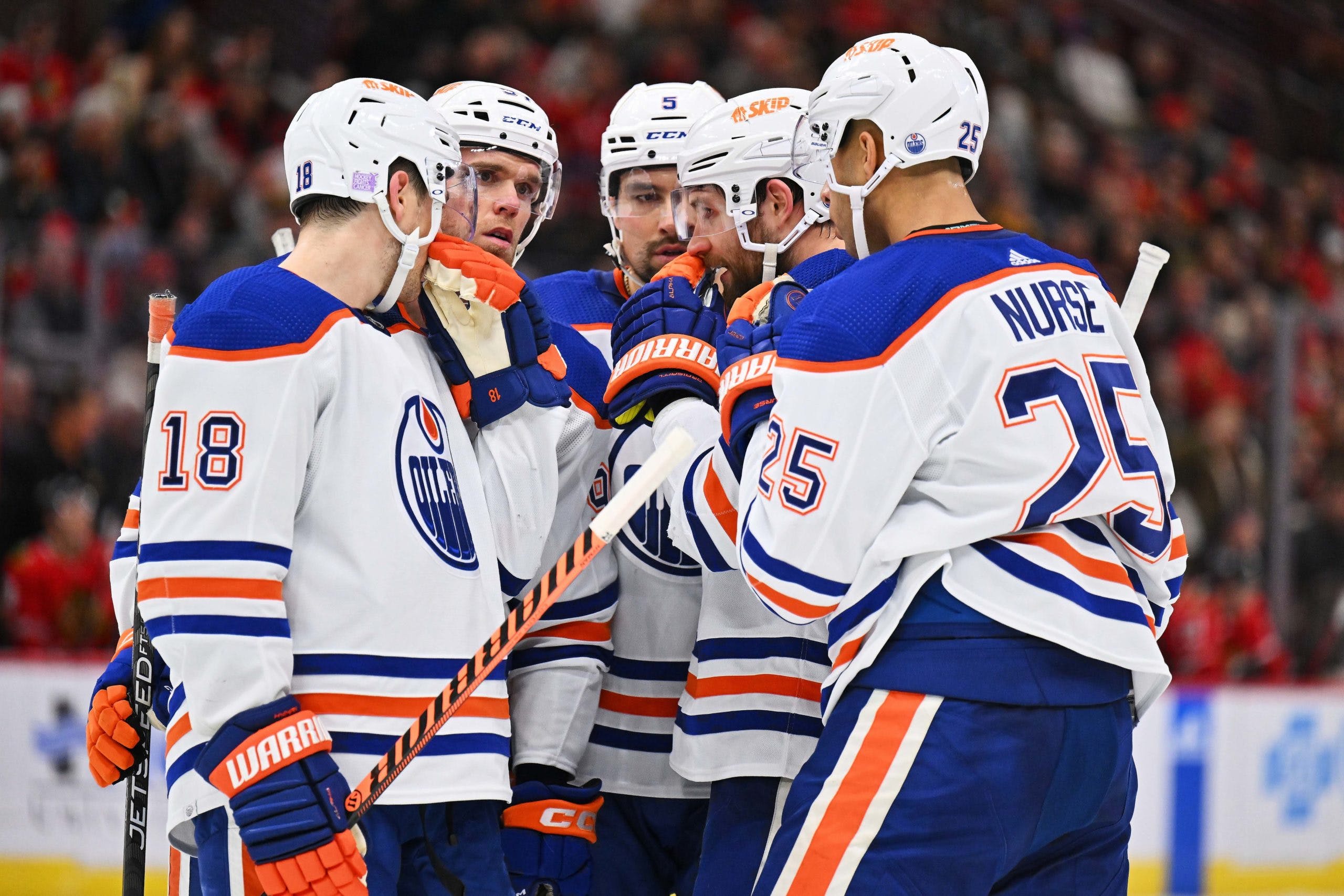 By Kylie Salai
30 days ago
First and Foremost, happy new year Nation Citizens!
This week was a pretty good one for the Oilers, and God knows they needed it. The oilers bounced back after their Christmas break with a glorious victory over the Calgary Flames, in one of the best 2-1 hockey games I ever did see. Tyson Barrie got us all tied up after Backlund opened the scoring, by scoring his 100th NHL goal.
The biggest highlight from this game is an obvious one, and it’s Stuart Skinner, he came up with some pretty big saves and made a total of 46 in this game.  Baggedmilk talked about the Mackenzie Weegar knee on Connor McDavid and how it went almost unnoticed and completely unreprimanded. I discussed this on TikTok, and the people simply didn’t agree in the comments, but I know that that was no turning accident, these are NHL players let’s not forget. they skate for a living, and typically that doesn’t involve extending your leg into another player’s knee. In the second period, we saw Draisaitl going down the tunnel, and still haven’t heard why, or seen him play since. The drama didn’t stop on the ice, because in the post-game interviews Darryl Sutter went in on Mangiapane for putting us on the powerplay twice, essentially publically blaming him for the GWG being scored on the powerplay. Tough look, but some would agree with Sutter anyways.
(Pretend I proofread my tweets and that doesn’t say sitter thx)
Later on in the Woody interview, he took his opportunity to throw some shade at the flames, and I love that journey for us. He essentially talked about how the only reason that skinner was making so many saves is that the Flames like to shoot from anywhere and everywhere just to boost their stats, and well the joke is on them because the only stats looking good around the net were Skinners with a .979 sv%.
After this win, we rolled into Seattle for a game against the Kraken where more drama ensued. I wasn’t able to watch the first two periods, so when I checked my phone and saw that it was 4-1 and Dylan Holloway was fighting Vince Dunn, simple to say I was in shock. Many of the Oilers were having good nights, and when the final score is 7-2 it’s easy to see why. One of my favourite upsides to this game was Klimberly — better known as Klim Kostin.
He’s been one of the biggest upsides to this oilers season and respectfully, I can’t believe all it cost us was Dimitri Samarukov. OH YEAH, and Connor McDavid had a casual five (5) point night.
Moving on to our upset of the week- The Winnipeg Jets. I’m here to first of all say, typically there is nothing I love more than being right, however, this time it was bittersweet. Bittersweet because last Sunday I basically laid the game out and said we were going to get “Hellebuyck’d” as Cooomzy would say. another game I didn’t really watch due to my being a 20-year-old girl and last night being new years eve. I watched bits and pieces on the screen at the bar (mostly from the bathroom line) but from what I gather from BM’s Wrap Up, the Oilers were just getting stonewalled by Hellebuyck and there was nothing we could do to stop it. The only thing that seemed to help us get one past him was Oilygifs and her Karma curse:
We thank you for your service.
I’m in a silly goofy mood today and was having a little too much fun with my favourite tweets from the week, but now it’s time.

In case you need a reminder, the Oilers face Seattle, the New York Islanders, and The Colorado Avalanche this week.
Anyways, it will be a more challenging week for the oilers, but I’m hoping they can handle it so I can get my wave videos out on Twitter 😉
Speaking of! I would love to feature more tweets in these and chat with you guys about your scaries, so I hope to see you in the comments and over on Twitter!
See you next Sunday.
Oilers Talk
Recent articles from Kylie Salai