Sunday Scaries: I’m not scared of anything, the Oilers are back 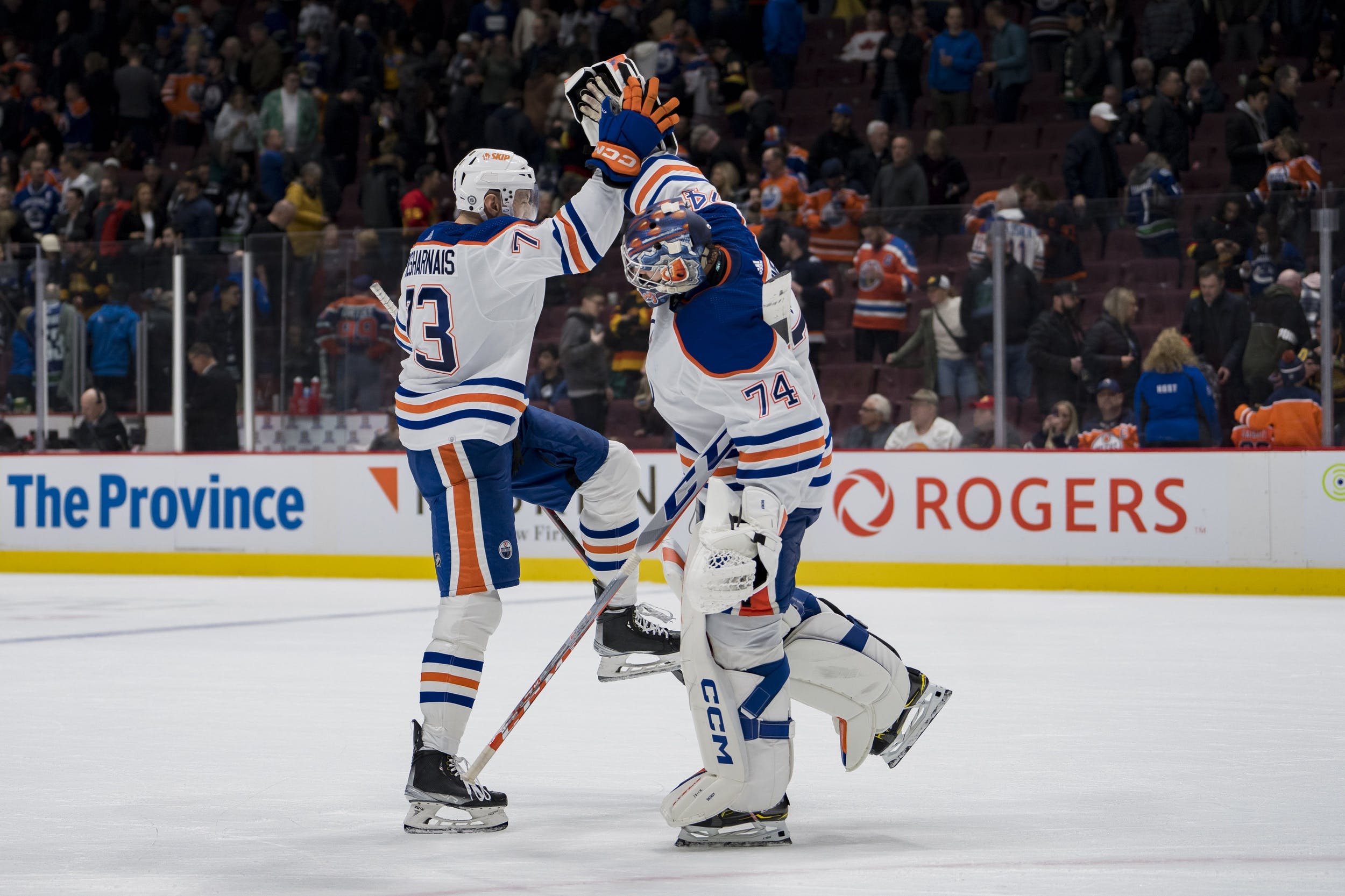 By Kylie Salai
9 days ago
Well, we finally have something to celebrate. Six straight wins from the Edmonton Oilers, leaving us third in the Pacific Division, one point up on the LA Kings at the time I am writing this.
It seems like the Oilers have mostly found their footing, and they couldn’t have put it off any longer or I’m not sure they would have much to play for. However, the comeback starts now, or well six games ago.
Jack Campbell extended his heater on Monday against the Seattle Kraken, in a 5-2 victory that also saw the return of Evander Kane. After missing 10 weeks to the day, he had many chances and was not moving like someone that had been off for 10 weeks. The news from before the game that maybe even managed to cloud over the fact that Kane was back, was that Puljujarvi was healthy scratched…
Another plus side to this game was seeing five goals scored, all of them by different players. Also, I was at Rogers and the place was full of vibes, including the craziest wave I have ever seen in my life.
On Thursday we had the big boys, the Tampa Bay Lightning in town for a visit. I’m not going to lie to you, I was nervous. After winning four straight, it felt like a scheduled loss and I was ready for it. Luckily, the Oilers weren’t ready to lose that game because McLeod and Draisaitl were able to get us up 2-0 after the first.
Between this and any scoring action in the second period Darnell Nurse met Corey Perry (once a duck always a duck, gross) and they had more words than hands flying. Corey Perry picking a fight he doesn’t actually want to physically fight… checks out. To kick off the second Klim Kostin and Patrick Maroon had a tilt as well, and Kostin was able to hold his own way more than I thought. A much more interesting fight than watching Nurse and Perry Squabble while holding each other’s jersy’s anyways. Unfortunately, the energy shift sided with the lightning because, by the end of the period, we were in a 3-3 tie. Naturally, in the third Captain Connor scored the game-winning goal, followed by Zach Hyman sealing off the win with an empty net goal.
Two more wins came on January 19th, and I will lay them out for you in tweets:
When Lizzo said “it’s about damn time” I felt that…
Last night the Oilers took on the Vancouver Canucks, which sadly was Bruce Boudreau’s last game with the club, and I would love to discuss that. I think the Canucks organization is literally the scum of the earth for how they handled that, because they were basically like ‘yeah so you’re going to be fired, we just need to find a replacement for you quickly so if you could just hang out and keep coaching in the meantime that would be great’. Bruce deserves better and they owe him a sincere apology.
Moving on to the Oilers and their sixth straight win. You can file this under things you love to see.  Zach Hyman was a machine last night scoring a goal and three assists for a four-point night. Then we had our three other big guns, Connor, Leon, and Nuge score goals to bring us to our 4-2 victory.
My Scaries list this week is super lame because it seems like things are finally starting to fall into place…
Maybe it’s like a victory we need a celly for…
I’m thinking,
SUNDAY CELLYS
Where when things are going well we switch it up and keep the positivity flowing:
That’s all I’ve got for you today!
Talk to me on Twitter & in the comments here, I would love to hear from you!!
Editorials
Oilers Talk
Recent articles from Kylie Salai