Thank you for another amazing #NationVacation 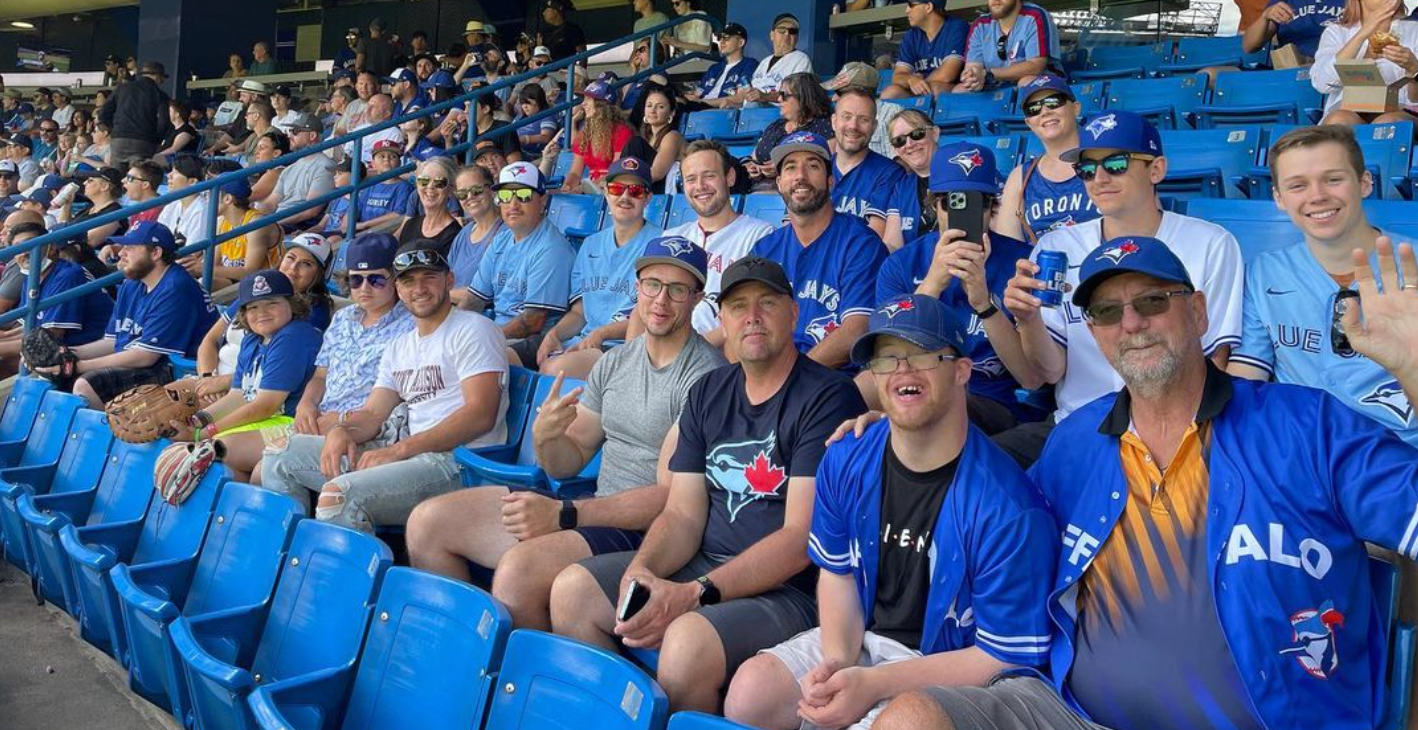 By baggedmilk
5 months ago
For the last few weeks, all I could think about was how excited I was to jump on a plane for our first ever summer edition of the #NationVacation. Not only had I never been to Toronto before and that in itself was cool for me, but I also knew that the crew we had coming with us would be a world of fun and that’s exactly what happened.
I know I say this all the time when I write these recap articles, but there’s legitimately nothing better in our universe than experiencing a Nation Vacation with your best (new) friends from the Internet. There’s something really special about getting everyone together and watching some sports, and this trip to Toronto was jam-packed with opportunities to do just that. From the moment we showed up at the airport early Friday morning until the Jays wrapped up on Sunday, this weekend in Toronto was amazing and it was all because of the incredible crew that came along for the ride. So what did we get up to? A lot. It was a busy weekend. 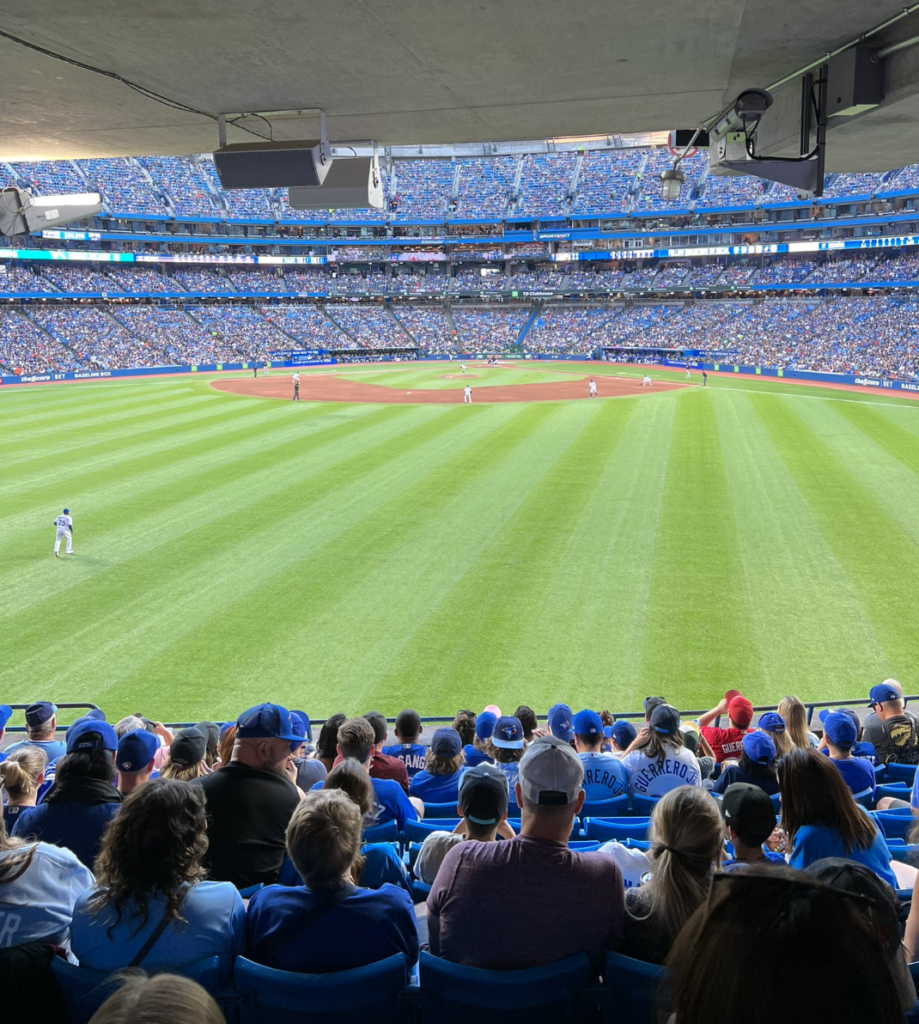 After getting to the EIA bright and early for our 6:30 AM flight, the first order of business was to grab a quick bite to eat, maybe a cocktail, and make our way to the Rogers Centre in time for the Jays’ first game against the Guardians. As much as I’m in my rookie year of being a Jays guy, I was feeling confident that they’d be able to get the job done against Cleveland and start our trip off with a bang. What actually happened, though, is that Toronto got blown out and we all lost a bunch of money that we were SURE we were going to win. Way she goes, though, amirite? 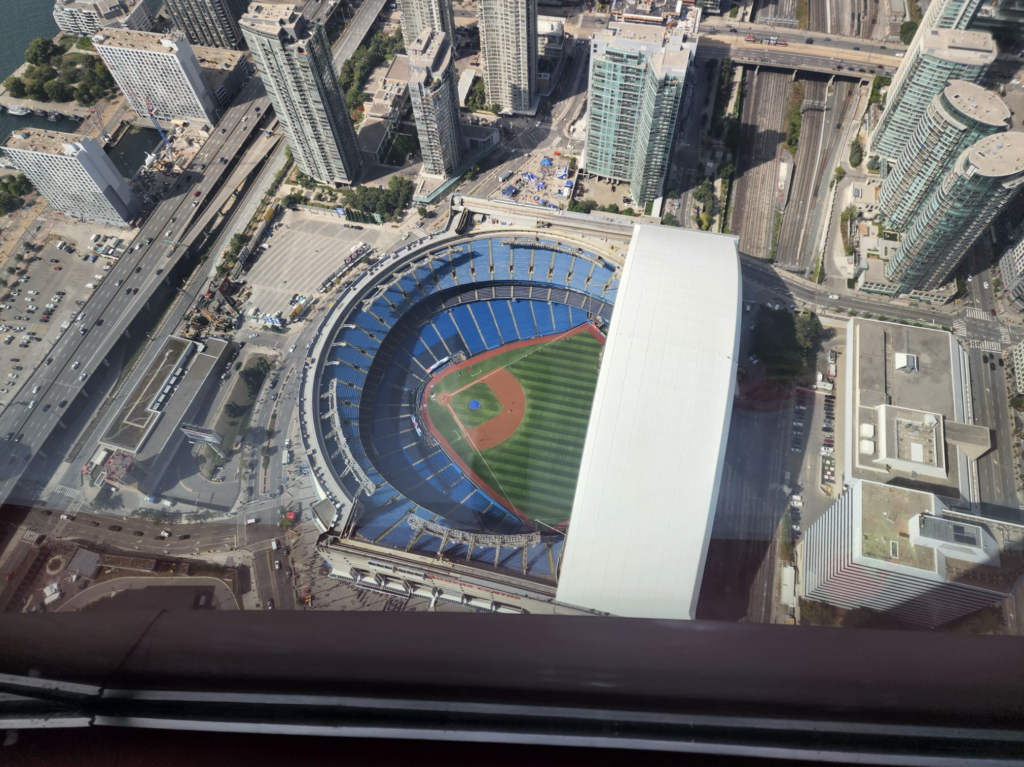 On Saturday, the only thing we really had on the itinerary was the TFC game at 7:30 PM and that meant everyone was free to do as they pleased with the time. Some folks went to the CN Tower like Nation Dan, others toured the waterfront, and a bunch of us decided to double up on our sports day by hitting up the Jays matinee before making our way to BMO Field to watch TFC dismantle Portland. But before I went to either the Jays or soccer games, one of my best buddies picked me up at the hotel and took me for a little touristing around the city to check out some of the sites. 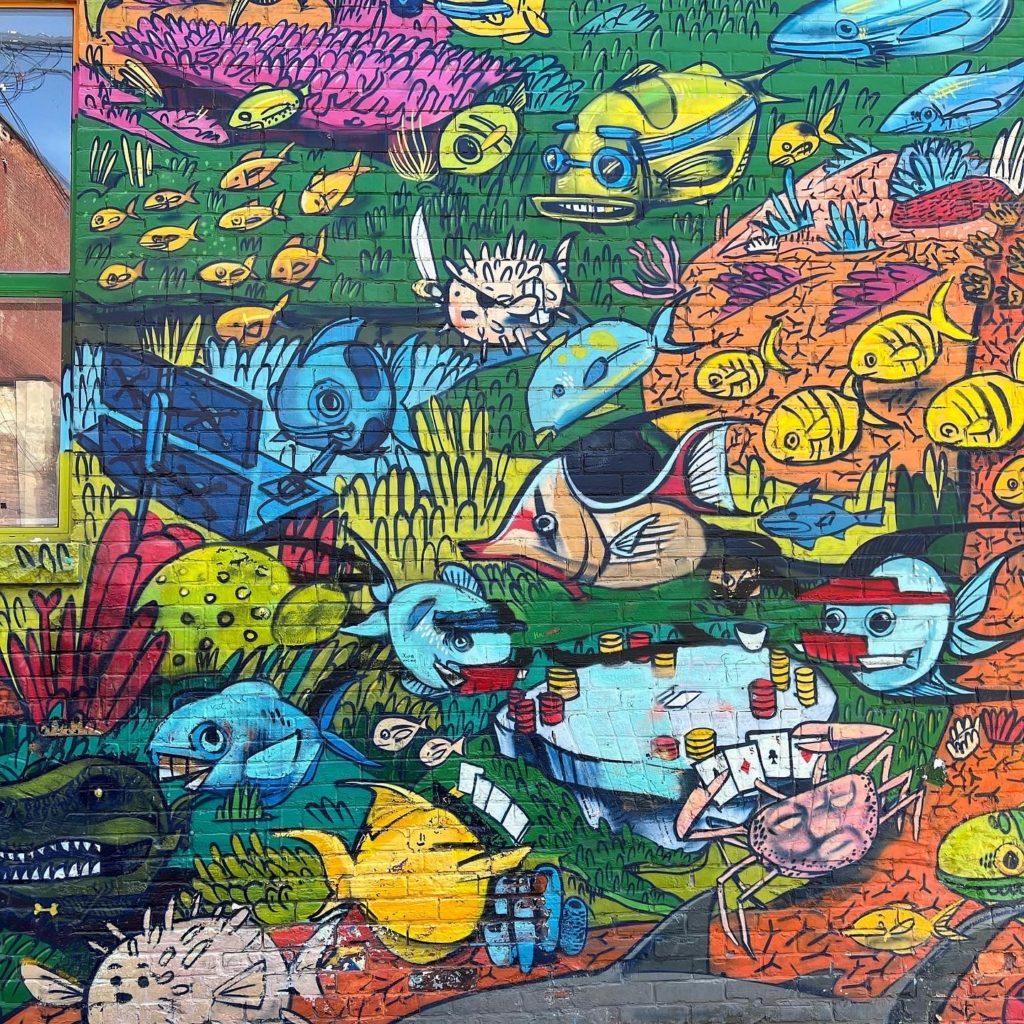 One of the stops he took me to was Graffiti Alley to check out some of the street art after I mentioned that there were some cool murals and paintings around our hotel. One of the best parts of these trips is seeing things that I’d never done before, and this was another one of those unexpected items that got checked off the list. I mean, I love wandering around big cities and checking out the art and graffiti that are up because it generally fits my vibe, but if I had been an Instagram babe then this place would have been a selfie goldmine. 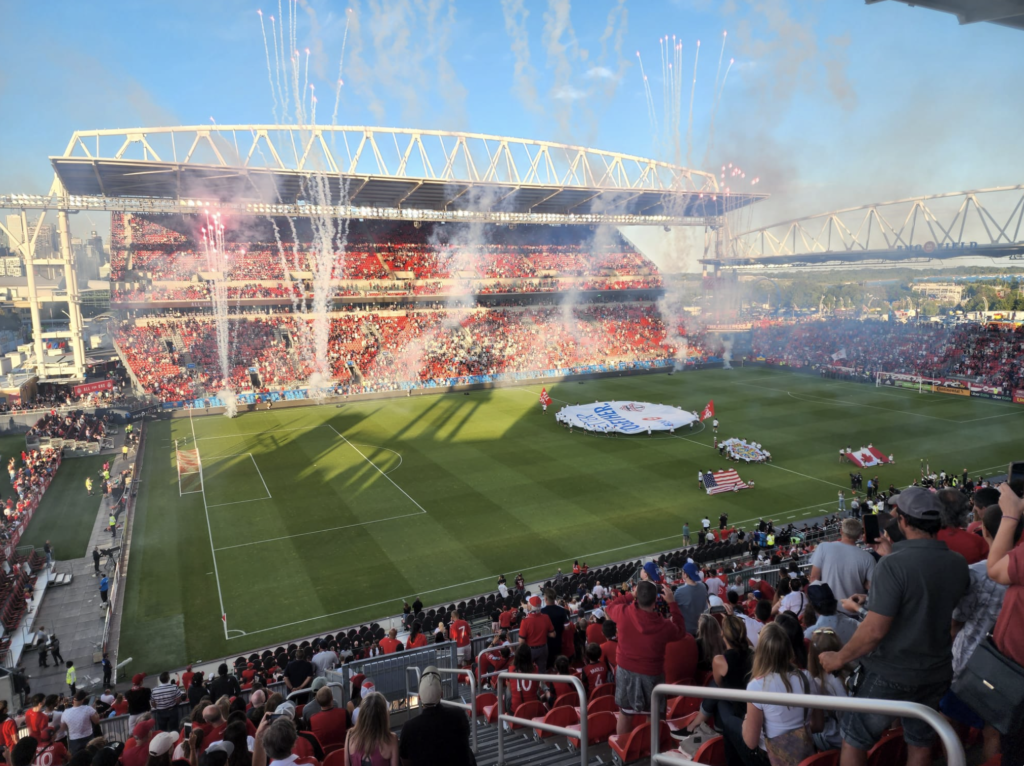 Getting back to sports, after spending the day however we pleased, everyone reconvened at BMO Field for the TFC game, and I was 100% excited. Up until then, I had never seen a pro soccer game before and while I know the MLS doesn’t carry all the sexiness and intrigue of the European leagues, I was still pumped to be there anyway. What I didn’t know at the time was that the soccer game would end up being a major highlight of this trip even though I generally don’t give two thunderous hoots about it, and that’s what made trying this game out such a wonderful surprise 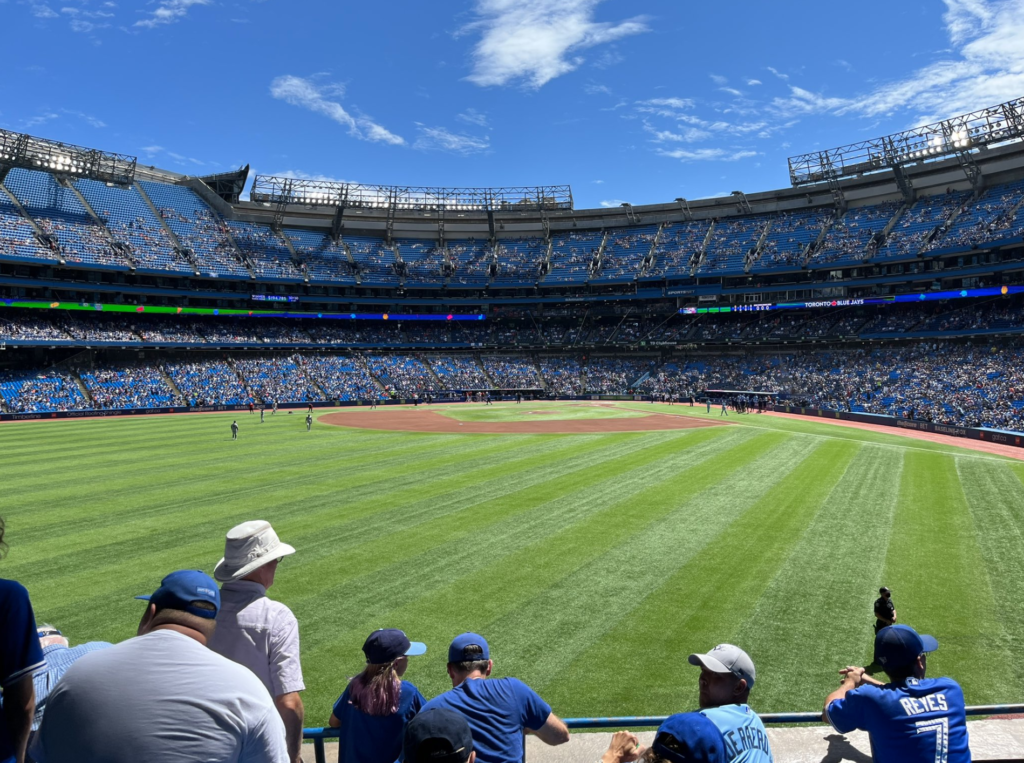 After a quick breakfast and meet-up at The Pint, we were back at Rogers Centre for the second (or third) Jays game of the trip, and to say that everyone was hoping for a better result would be an understatement. Seeing as most people didn’t go to the Saturday game that they actually won, our first Jays impression on this trip was watching Cleveland stomp them into the ground after we had all spent the day travelling — it wasn’t ideal to say the least. Once again, we mustered up the courage (and stomach) for another round of baseball and beers, and with our hopes and bets placed on a strong finish that just never materialized. Yet, despite trying to manifest a win, it was simply not meant to be.
At the end of the day, the Jays didn’t win for us — unless you also went to the Saturday game — but that didn’t ruin our spirits or our ability to have a great time. And as I mentioned off the hop, these trips only work because of the amazing people that join us along the way, and after having another amazing group join us this time around, I’m already counting down until Calgary in October and Vegas in January.
Thank you, Nation. Can’t wait for the next one.
Oilers Talk
Social Corner
Recent articles from baggedmilk