The Day After -2.0: Wait, there are how many preseason games left? 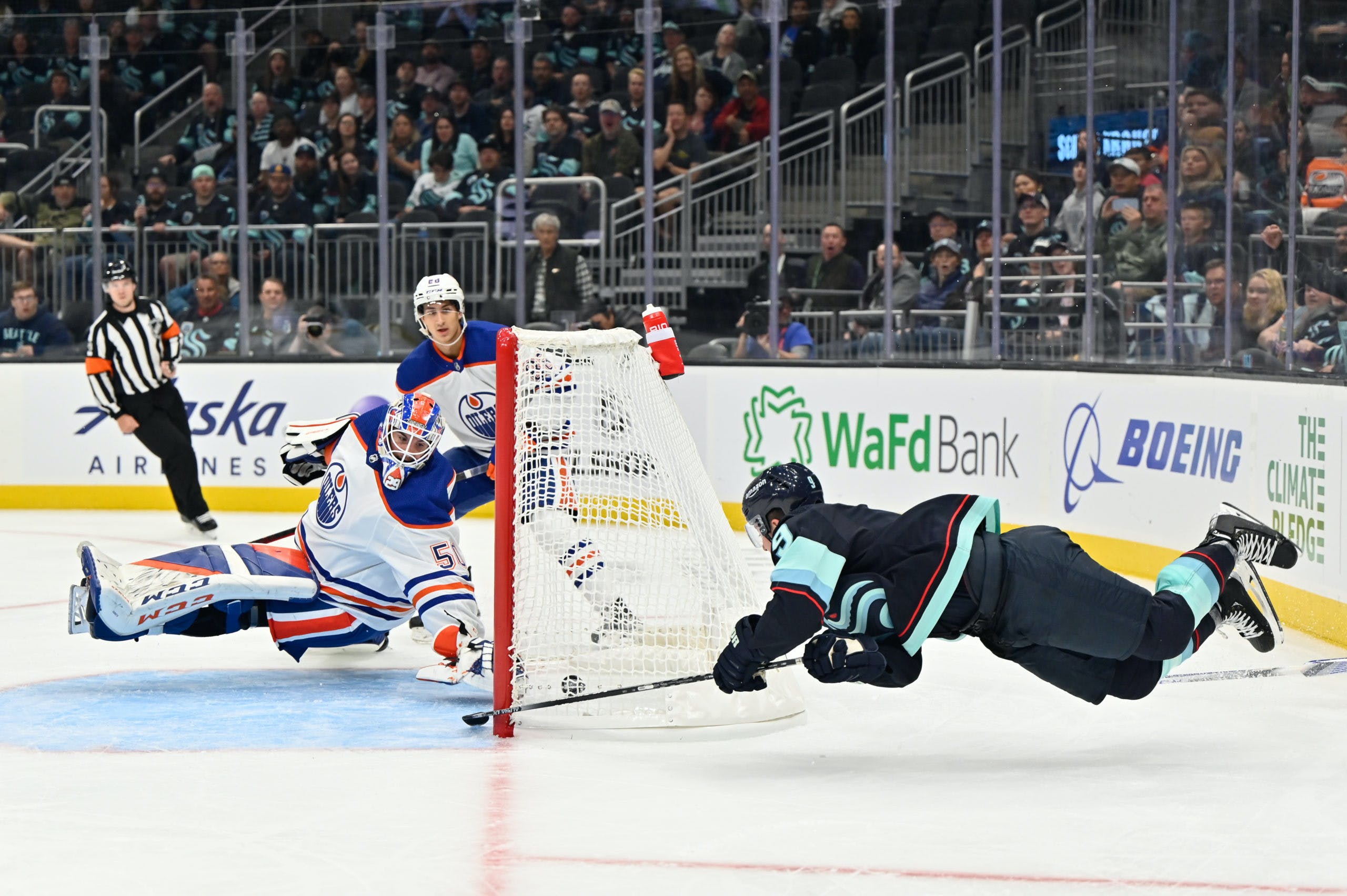 By Zach Laing
2 months ago
Look, I love hockey.
Despite my longstanding love for the NFL, or my newfound love for baseball, hockey remains number one in my life.
No matter how I feel about hockey, I can’t believe we have six more preseason games to watch. Six! Don’t get me wrong, I fully realize the importance of preseason hockey. Your first few games allow you to get a look at various prospects and American Leaguers in your organization, while the final few resemble close to the opening lineup with an emphasis on those final camp battles. I get it.
But eight preseason games? That’s like four too many. Take a look at the Edmonton Oilers’ 3-0 loss at the hands of the Seattle Kraken last night. The Oilers featured a lineup that, by my count, had 15 players that won’t be on their opening day roster.
The top line featured Mattias Janmark, Devin Shore and Derek Ryan. They, along with Tyler Benson are battling for spots in the Oilers’ bottom six. Based on his play, Jake Virtanen will likely be released from his pro tryout. I don’t think there’s anything there the Oilers don’t already have in their lineup.
That leaves Kailer Yamamoto as the only forward from last night who is guaranteed a spot on the Oilers roster — one that will surely be in the top-six.
On the backend, the Oilers test drove Philip Broberg and Tyson Barrie as partners — a duo who the Oilers will likely shelter on the third pairing. They never looked outmatched or out of place last night which is a good sign playing against a Seattle team with a bunch of players destined for their opening day roster. They controlled 85.71 percent of the shot attempts and 79.57 percent of the expected goal share.
While Edmonton lost, there wasn’t a lot notable in the game. Matty Beniers scored a beautiful snipe early in the second period that beat Olivier Rodrigue clean short side. Ryan Donato, meanwhile, had caught a stretch pass and wrapped it around Ryan Fanti, who got caught right out of place. Early in the third, Morgan Geekie capitalized on a cross-ice shorthanded pass to extend the lead.
You can’t blame Rodrigue too much on the Beniers goal. It was an absolute laser that he put snuck in right along the corner of the post. Fanti, meanwhile, got beat badly on both goals he allowed. He couldn’t read Donato driving wide and got beat on the wraparound. On the Geekie goal, it was pretty clear the whole way that Brandon Tanev was looking to pass, but Fanti still couldn’t get over in time. This doesn’t fare well for Fanti.
The Oilers had returned Jake Chiasson to the WHL on Monday morning, and it wouldn’t surprise me to see the team trim the roster a bit more in the next day or two.
Zach Laing is the Nation Network’s news director and senior columnist. He can be followed on Twitter at @zjlaing, or reached by email at zach@oilersnation.com.