The Day After 39.0: Oilers blow an early lead, give up five consecutive goals in 5-2 loss to the Kraken 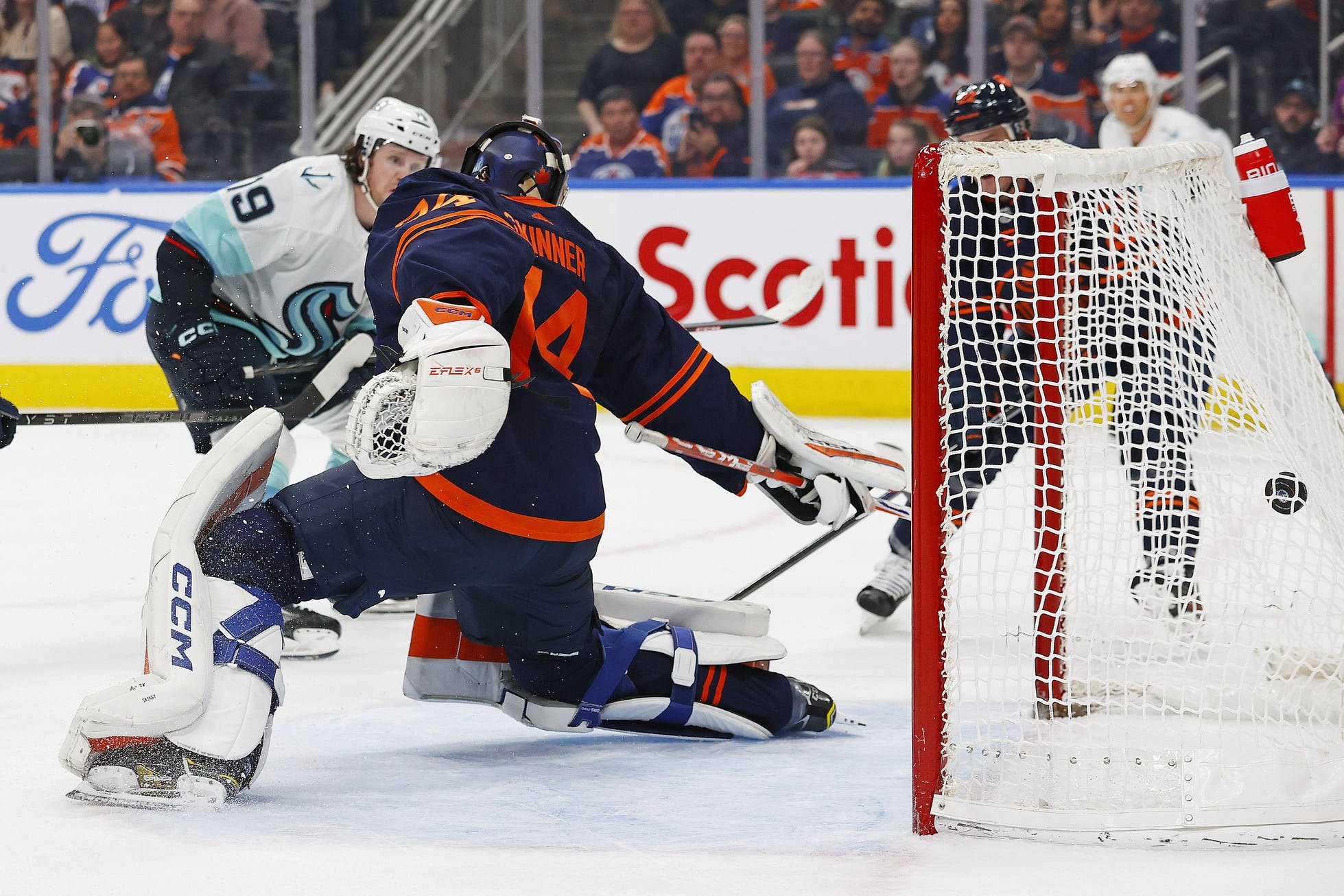 By baggedmilk
28 days ago
I’m upset. Final Score: 5-2 Kraken
Welcome to our Oilers game day content presented by NHL lines site Betway!
After pumping the Kraken for a 7-2 win when these two teams met up just under a week, I was incredibly eager to see how or if the Oilers would come up with an encore. A hot start to the season aside, I still believe that Seattle is a team the Oilers should beat more often than not, and I felt that anything other than a win was going to be disappointing. Not only that, but we were talking about a game with a potential four-point swing and that was an opportunity the team should have been gagging for. That said, I also recognized that stomping a team into the ground meant that the Kraken were likely to come into last night’s rematch with a goal of two points in mind and a chip on their shoulders.
And as we know all too well from watching plenty of these games together over the years, there ain’t no team in this league that can’t make the Edmonton Oilers look foolish if the stars aren’t properly aligned. So to have the game play out the way it did — Oilers grab an early two-goal lead only to blow it spectacularly — it was hard to be surprised because the Oilers have a) been rough at home all season, and b) they haven’t shown us anything all season that should have made us feel any real sense of confidence. As much as I want to be mad about this loss, I’m actually getting to a point when I’m just constantly bummed out that this team just can’t stop spinning their wheels.

OTHER THINGS WORTH MENTIONING

1) Now that we have the beautiful royal blue jerseys back, I find it hard to watch the Oilers wearing any other set. I was never one of the people that complained when they wore the dark blues, but I would definitely say that these unis look better in person than they do on TV.
2) I know I say it all the time but I really love the Oilers’ power play so very much. The penalty kill, however, is much more difficult to fawn over.
3) That second period had to be one of the worst periods we’ve seen the Oilers play all year. They were sloppy in all three zones, looked lost offensively, and basically let
4) Make it a fifth straight loss at Rogers Place for the Oilers, dropping them to 9-11-1 on the year at home. That mixed bag of awfulness includes losses to the Kraken, Canucks, Blues, and Ducks, and I couldn’t think of an uglier trio of games to lose in front of your own fans.
5) The Oilers won 61% of the faceoffs and I couldn’t even enjoy it. 😔