Advertisement
Ad
GDB 31.0 Wrap Up: Brutal mistakes in the defensive zone allowed the Blues to come back, win 4-3 in the shootout 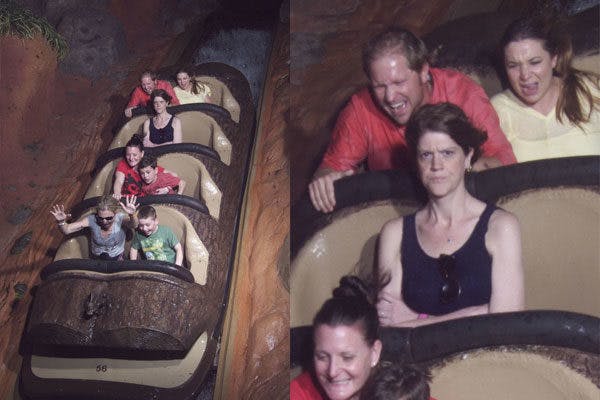 By baggedmilk
1 month ago
Comments
I’m so annoyed. Final Score: 4-3 Blues in the shootout
Welcome to our Oilers game day content presented by NHL lines site Betway!
Even though the St. Louis Blues came into this game with a 3-6-1 record over their last 10 games, I was nervous about giving them life if the Oilers couldn’t manage to start the game on time. Given their struggles, I thought this was another opportunity for the Oilers to flex on a struggling team provided that they could put in a 60-minute effort, which, of course, we know is easier said than done. So when Zach Hyman opened the scoring just over a minute into the period with a power play goal, it was hard to imagine a better start than the one the Oilers got. Not only did they get an early goal to set the tone, but the boys were also moving their feet in a way that suggested they were on their game and that was very exciting. Unfortunately, the good vibes died shortly afterward after a costly error by Darnell Nurse below his own goal line gave the Blues an avenue to get themselves back in the mix. As much as I thought the Oilers had a solid first period, it was frustrating to see them shoot themselves in the foot with mistakes that were, in my opinion, completely avoidable.
Advertisement
Ad
Advertisement
Ad
Tied at one with the game still wide open, the Oilers needed to be the ones to score the next goal and wrestle control back into their corner. They couldn’t let the Blues grab a lead they didn’t deserve, and that’s why I personally felt as though the next goal could end up as a crucial juncture in this game. Thankfully, Connor McDavid apparently had the same idea as he treated us to yet another masterpiece goal to restore the lead and send the Rogers Place faithful into a frenzy. I don’t know what planet this guy is from or what kind of magic is fueling him, but McDavid has cranked his play up to a level that is almost unimaginable here in 2022. And as it turns out, that second goal proved to be a big one as it was the only marker scored in the second period and gave the Oilers back their lead despite the Blues nipping at their heels. Unlike what we got in the first, St. Louis played with a whole lot more jam in the middle frame and showed why they would not be an easy out regardless of what their record says.
Advertisement
Ad
Advertisement
Ad
Up by a goal with 20 minutes to play, the Oilers were in a good spot to pick up the win but it certainly wasn’t going to be easy. We all knew that the Blues would push as hard as they possibly could to get the game tied, and the Oilers needed to be ready to weather that storm. And as sure as the sun will come up each and every day, the Blues hit the ice will all kinds of pace as they worked for the equalizer that just didn’t materialize. And after trading goals in the span of only 43 seconds, the Oilers went from having some insurance on the board in the form of Yamamoto’s second goal of the year to being right back in a tight race to the finish line. It was the kind of heart attack finish we haven’t seen in a while, and with the ice titling back-and-forth, it was going to take everyone crossing the T’s and dotting the I’s to close out this game. Unfortunately, Darnell Nurse didn’t seem to get the memo as another costly giveaway in his own zone afforded Tarasenko a lane to cash in the tying goal with only 19 seconds left on the clock. He had more than enough time to make a play, but Nurse duffed it.
Advertisement
Ad
Advertisement
Ad
With the bonus period underway, it looked like the Oilers were going to save Nurse’s ass with a game winner from Leon Draisaitl only to have the goal called back on a nonsense offside call. Once that happened, I figured the universe was against us in this one and my theory proved to be correct as the Blues ended up completing the comeback in the shootout on a clutch goal from Jordan Kyrou. At the end of the day, mistakes cost the Oilers a win and it was the same guy that was responsible for both.
The wrap.

Hey @OilersNation, can we get a GoFundMe going for @tyleryaremchuk to wash the #nationtruck!? I feel like it may contribute to Puljujärvi’s drought ending! pic.twitter.com/hKraSrBZoq

Of course the Oilers have to win against the other team, the refs and the damn Toronto idiots🙅🏽‍♀️

Have you ever moved across the country to a suburb you didn’t research and then claim a city you didn’t actually live in was lame? Seems silly, right? Of course. That said, I sure did have a whole lot of fun making fun of the lady that did exactly that in the latest edition of Toronto Life magazine. Subscribe to Better Lait Than Never for FREE on Spotify, Apple Podcasts, Google Podcasts, and wherever else you get your podcasts from!
Advertisement
Ad
Advertisement
Ad