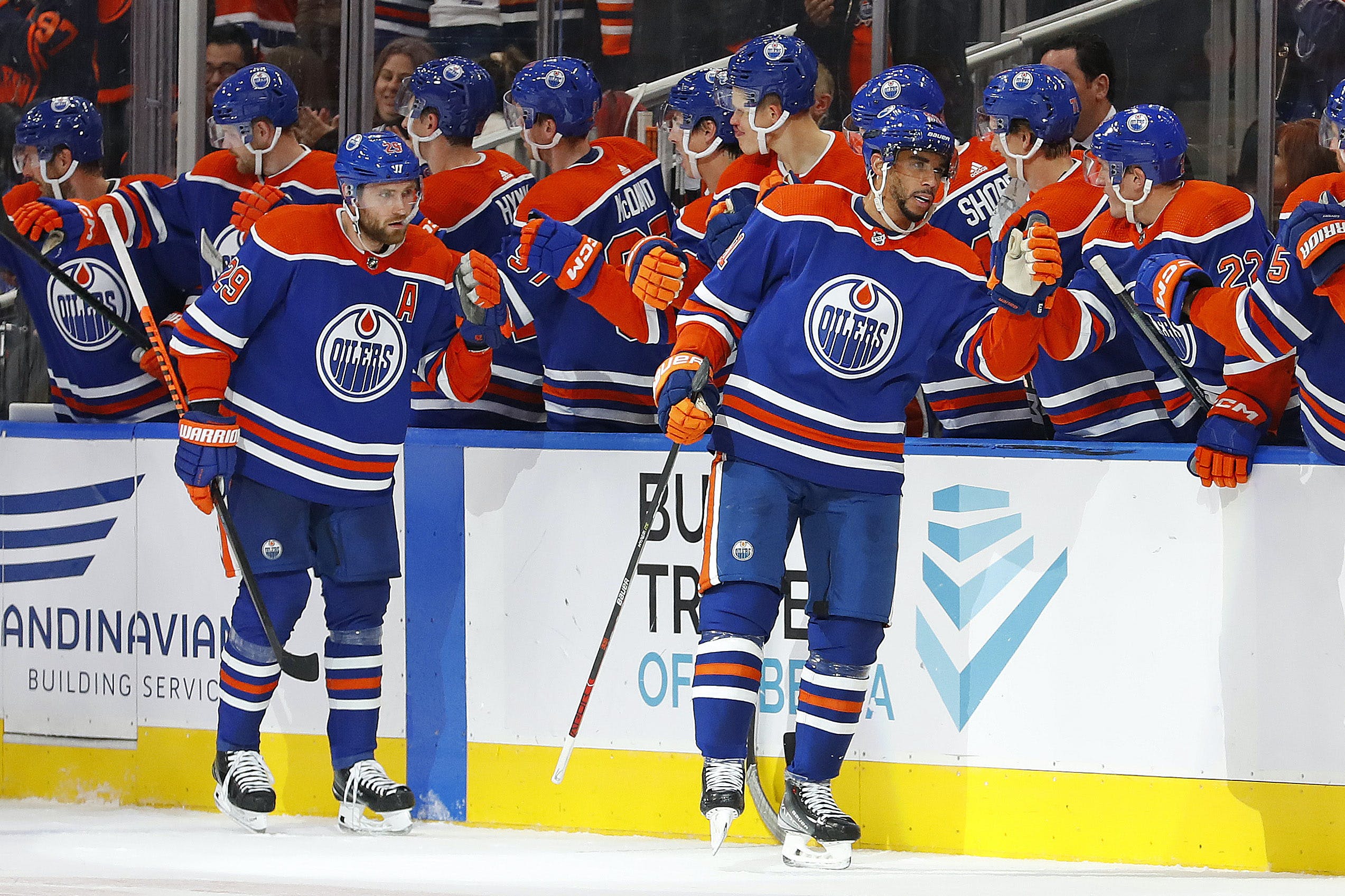 By Zach Laing
3 months ago
Finding motivation can’t oft be a difficult thing — doubly so when you’re a hockey team facing a 3-1 deficit while getting outshot 19-9.
That’s where the Edmonton Oilers found themselves after one period Monday night. Not a great spot, to say the least.
For them, however, motivation was found after captain Connor McDavid took a spill into the Penguins’ post three and a half minutes into the second period.
As their captain headed for the Oilers’ locker room, the rest of his teammates stood tall. On a subsequent powerplay, it was Tyson Barrie whose blast cut into the Penguins’ lead. Then, it was all Oilers.
And a moment later, McDavid was back.
By the end of that second period, the Oilers outscored Pittsburgh 4-1 and outshot them 26-4 setting a franchise record for shots in a frame. Evander Kane, Leon Draisaitl, Ryan Nugent-Hopkins — and Ryan McLeod late in the third — added to the first-period mark by Zach Hyman. 6-3 win.
The start, once again, was far from pretty. It’s been an all-too-common theme. While Hyman scored 4:36 into the first frame to get an early lead, Rickard Rakell and Sidney Crosby both scored within two minutes. Edmonton looks disjointed. Shaken up. Perturbed. The rest of the frame wasn’t pretty.
Credit where it’s due, because all of that went out the window in the first intermission. The game flipped and while McDavid’s
“injury” played a part in it, a stern break helped.
“I liked how we responded in the final two periods, but we need to start better. That has happened too often,” said Draisaitl, who added the Oilers had a vocal first intermission.
It was just what the doctor ordered.
And when you look back at it, the Oilers really dominated that game. They crashed the net and had 16 high-danger scoring chances at 5×5. They also controlled 62.14 percent of the shot attempts, 69.23 percent of the scoring chances, and a smidge over 70 percent of the expected goals scored. Huge.
The Oilers’ start to their year has been far from ideal. While they had a nice comeback win in the season opener against Vancouver, they struggled against the Calgary Flames and Buffalo Sabres. They fended off wave after wave from Carolina, but couldn’t muster much against St. Louis.
A six-game homestand in the books, the Oilers will now head on the road. St. Louis Wednesday, Chicago Thursday, and Calgary Saturday. Edmonton struggled against the Blues on Saturday, but they were forced to flip their lineup last night with Brandon Saad out of the lineup. In turn, the Jets won 4-0.
Chicago should be a win, but they’ve been surprisingly solid defensively this year. Offence is their issue. Calgary, meanwhile, well… let’s hope the Oilers come out hot for that one.
Zach Laing is the Nation Network’s news director and senior columnist. He can be followed on Twitter at @zjlaing, or reached by email at zach@oilersnation.com.
Featured
Nation Takes
News
Oilers Talk
Recent articles from Zach Laing