The Oilers have called up Ryan McLeod from the AHL 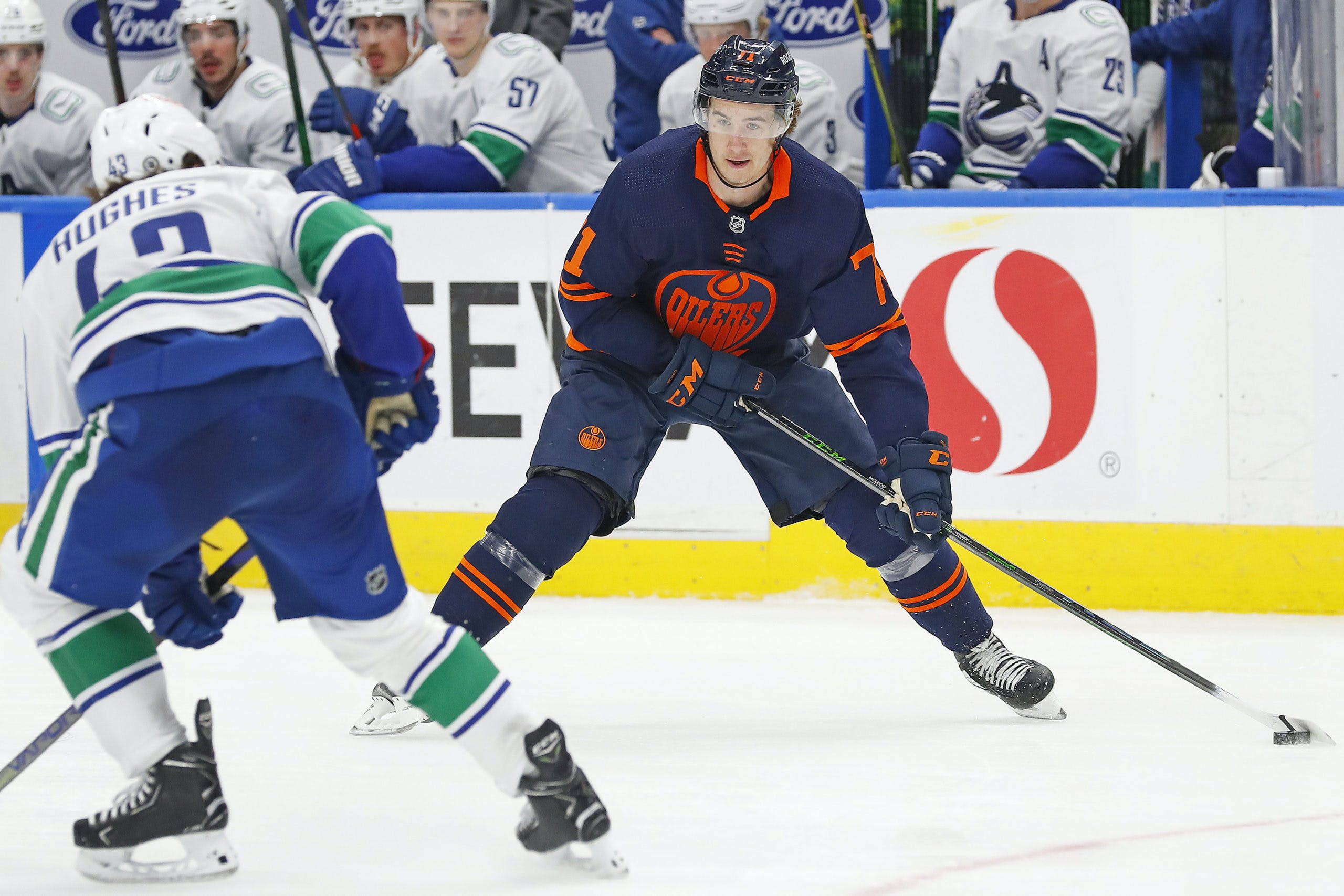 By Cam Lewis
1 year ago
No surprise here.
We learned on Sunday that Devin Shore had suffered a lower-body injury and that he would be out for four-to-six weeks. The assumption was that Ryan McLeod, who started the season with the Oilers while Shore was injured, would be called up to fill his spot.
Jason Gregor confirmed on Monday that was the case…
Shore has one goal and one assist through eight games working as Edmonton’s fourth-line centre. McLeod played in two games at the beginning of the season and was sent to the Bakersfield Condors once Shore was ready to join the team.
McLeod has had a strong season thus far for Bakersfield, scoring one goal and five points through seven games. McLeod played in 28 games and scored 28 points for the Condors last season and earned himself a late-season call-up to the big league club, where he would play 10 regular-season games and all four playoff games.
The Oilers selected McLeod with the No. 40 overall pick in the 2018 draft. He’s in the final year of his three-year, entry-level contract.
News
Team News
Recent articles from Cam Lewis