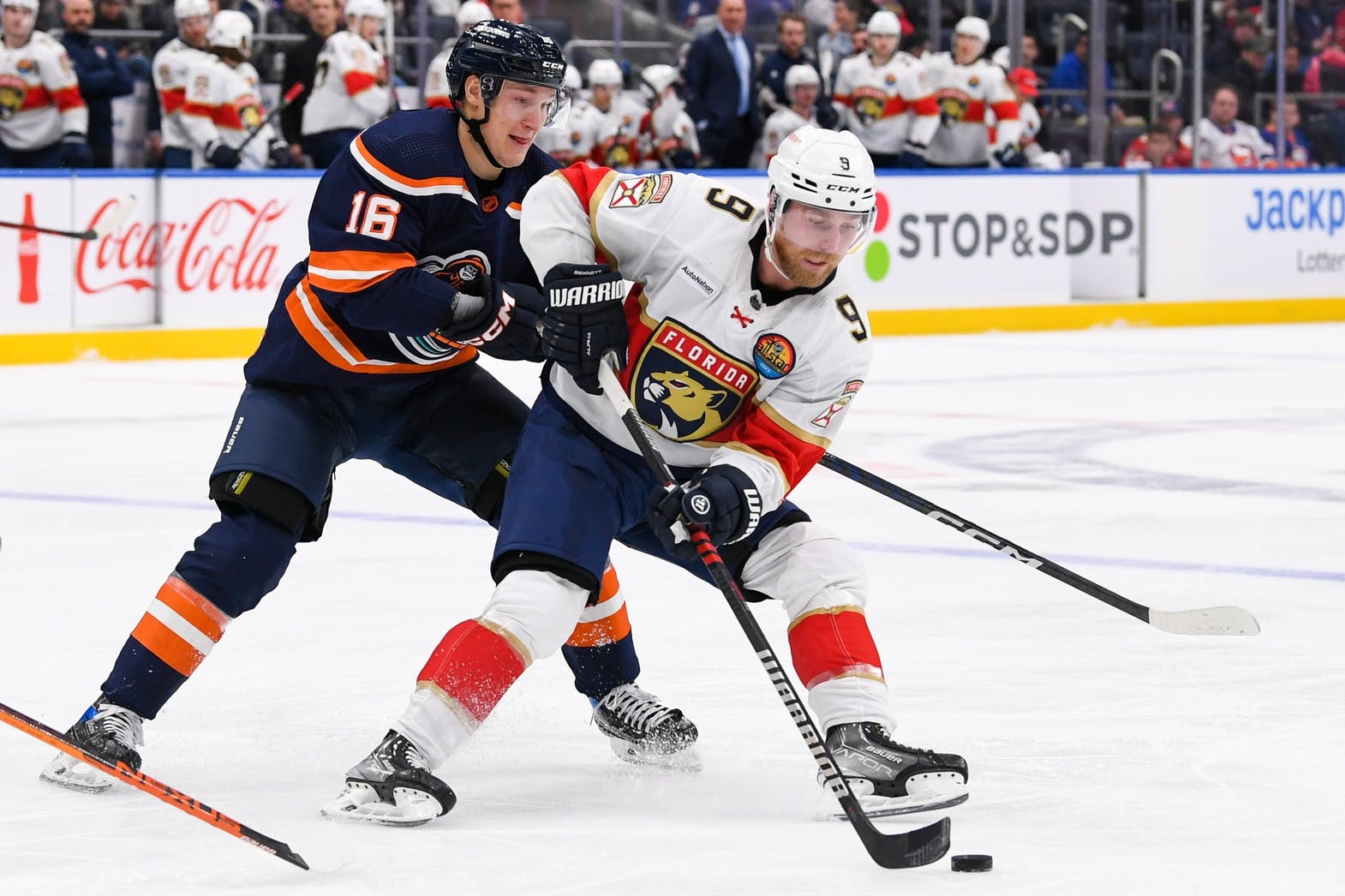 By Tyler Yaremchuk
25 days ago
We are less than two months away from the NHL trade deadline and that means the rumours are just going to keep getting spicier and spicier. I’ll be dropping a fresh rumours blog every week here at Oilersnation. For this week, there is actually a lot of new information for us to get to, starting with the latest Trade Targets list from Frank Seravalli.
Over at Daily Faceoff, Frank dropped his latest list of 25 names that could be moved ahead of the deadline and there are quite a few names that I believe Ken Holland should be keeping in mind.
Players like Teddy Blueger and Ivan Barbashev are lower down on the list and would be interesting bottom-six pieces.
There are also defensemen with term like Jake McCabe and Joel Edmunson, but I’ve talked a few times about how acquiring a defenseman with term isn’t the best idea. I’d personally prefer that the Oilers keep as much financial flexibility for the summer. Also, with Nurse and Kulak signed long-term and Broberg still in the organization, if you’re adding someone with term they need to be substantial enough for the team to move on from Broberg, since it would block him from the lineup next season.
I think I’d prefer a rental on the blueline, but there’s one name that’s suddenly available that’s very intriguing.
Frank is reporting that the Predators could be open to moving Mattias Ekholm, who’s in the first year of a four-year extension that comes with a $6.25 million cap hit. Stylistically, I would argue that he’s the perfect fit. He’s a very well-rounded defenseman who specializes in his own end. The money is going to make any sort of a move like that nearly impossible though.
Since he has term on the deal, it’s unlikely the Preds would retain a lot of it and that means the Oilers would have to send two contracts the other way. Puljujarvi and Barrie would cover the costs, but wouldn’t be enough value for the Preds and would leave the Oilers with a hole on the right side.
It feels like Ekholm is merely a pipe dream.
Another team that could be a surprise seller at the deadline is the Florida Panthers. They have a few pieces that I believe the Oilers should be interested in.
I thought about Radko Gudas as a potential target, but Frank seemed to think he wouldn’t be much of a solution in terms of the quality of minutes he could give.
The one name that Frank brought up that would really intrigue me is Sam Bennett. The centreman has two more years on a deal that carries a cap hit of $4.25 million. It would be hard to make the money work obviously, but he seems like exactly the kind of player that the Oilers need. Can play down the middle or on the wing, plays a tough and physical style, and can score. The cost would likely be high though.
If you want to watch the full segment with Frank, you can find it here: