Weekly Rumours: Time for the Oilers to go all-in 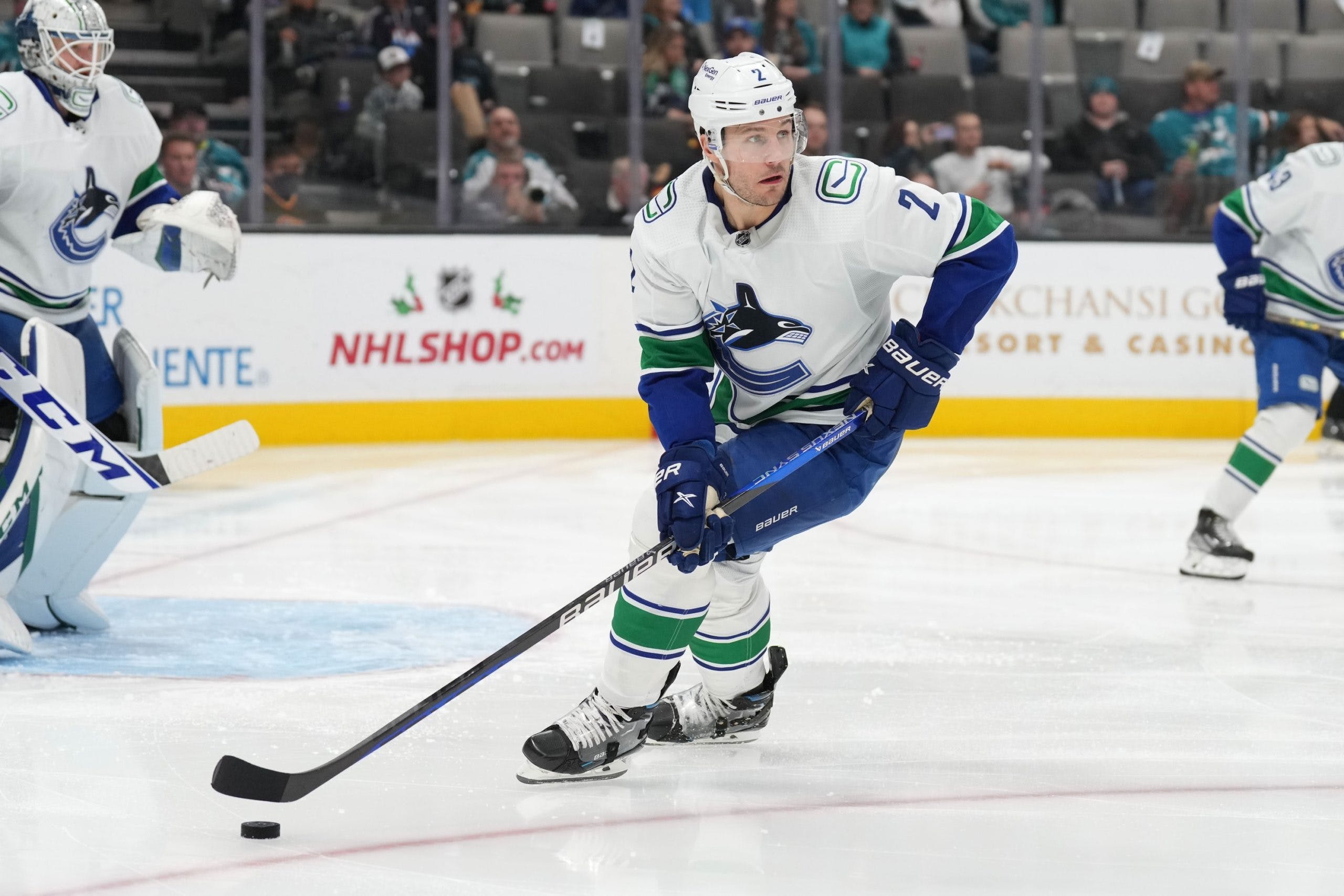 By Tyler Yaremchuk
1 month ago
“Trade everything you’ve got. This is the year to go all in.”
That’s how our NHL Insider Frank Seravalli views the Oilers heading into this year’s NHL trade deadline. He went on to add:
“You’ve got to really make hay. I don’t care about your first-round picks in 2023, 2024, and 2025. Other teams have done it and the Oilers have got to get there.”
You can watch the whole segment here:
So who could that be? Well, it might not be Jakob Chychrun. But names like Jonathan Toews, Vlad Gavrikov, and others who maybe aren’t being talked about right now. The Oilers should be in on almost everything, that includes some lower-tier options, which is where I’m starting with this week’s weekly rumours:

Is Luke Schenn an option?

The Vancouver Canucks actually aren’t that far behind the Oilers in the Pacific Division standings but the expectation is that this team will be sellers at the deadline and it sounds like they want to make some big moves.
The big name that could be moved is Bo Horvat. He’s off to a red-hot start this season with more than 20 goals already under his belt. I just don’t see him as an option for the Oilers though. His acquisition cost will be through the roof and there will be a lot of teams lining up for his services. He also comes with a cap hit of $5.5 million, so that could be tough for the Oilers to afford unless Vancouver keeps some salary.
There is also talk that if the Canucks move him, they want pieces that can help now. Who could the Oilers offer that fit that mold? I don’t really see anyone that they’d be willing to part with.
One name on the Canucks roster that I think should intrigue Ken Holland is Luke Schenn. The veteran defenseman is making just a hair above the league minimum and he shouldn’t even cost as much as Brett Kulak did last season in a trade. He’s solid in his own end, brings some physical bite, and got some playoff experience a few years ago when he was with the Lightning. He could be a decent ‘Plan B or C’ option if they don’t after guys like Vladislav Gavrikov or Joel Edmunson.

There has been some chatter that the league wants to push the schedule to 84 games and this is something I think should happen. I don’t like the idea of just forcing teams to play more games against the teams that the league deems to be their rivals, I think it creates a competitive imbalance.
Ex: the Oilers shouldn’t just play the Flames six times a year because of the Battle of Alberta while the Kings get some crap team like the Ducks six times and the Oilers only get them twice. I don’t agree with that. I think teams in the same division, who are directly competing for a playoff spot, should play one another the same number of times.
Friedman has reported that this would come with a reduction in exhibition games, which I am also all for. Pre-season games suck.
With 84 games the schedule could break down this way:
4 games against each division opponent, so two at home and two on the road = 28 games
3 games against the other division in your conference = 24 games
A home and home set against each team in the other conference = 32 games
I like that breakdown more than the one right now where the Oilers and Flames play each other the same amount of times as the Oilers and Wild or Oilers and Blues. At least this way every division rival plays each other twice in each city.
Of course, the NHLPA would want something in return for adding two more games to the schedule. One perk would be that this would lead to more revenue for everyone and that will lead to the cap going up more but I also wonder about the $70m in debt that the players could have at the end of the season that’s preventing the cap from going up. If the NHL forgives the debt, the cap goes up, and maybe that could be the negotiation piece the league uses to get the schedule up to 84 games.