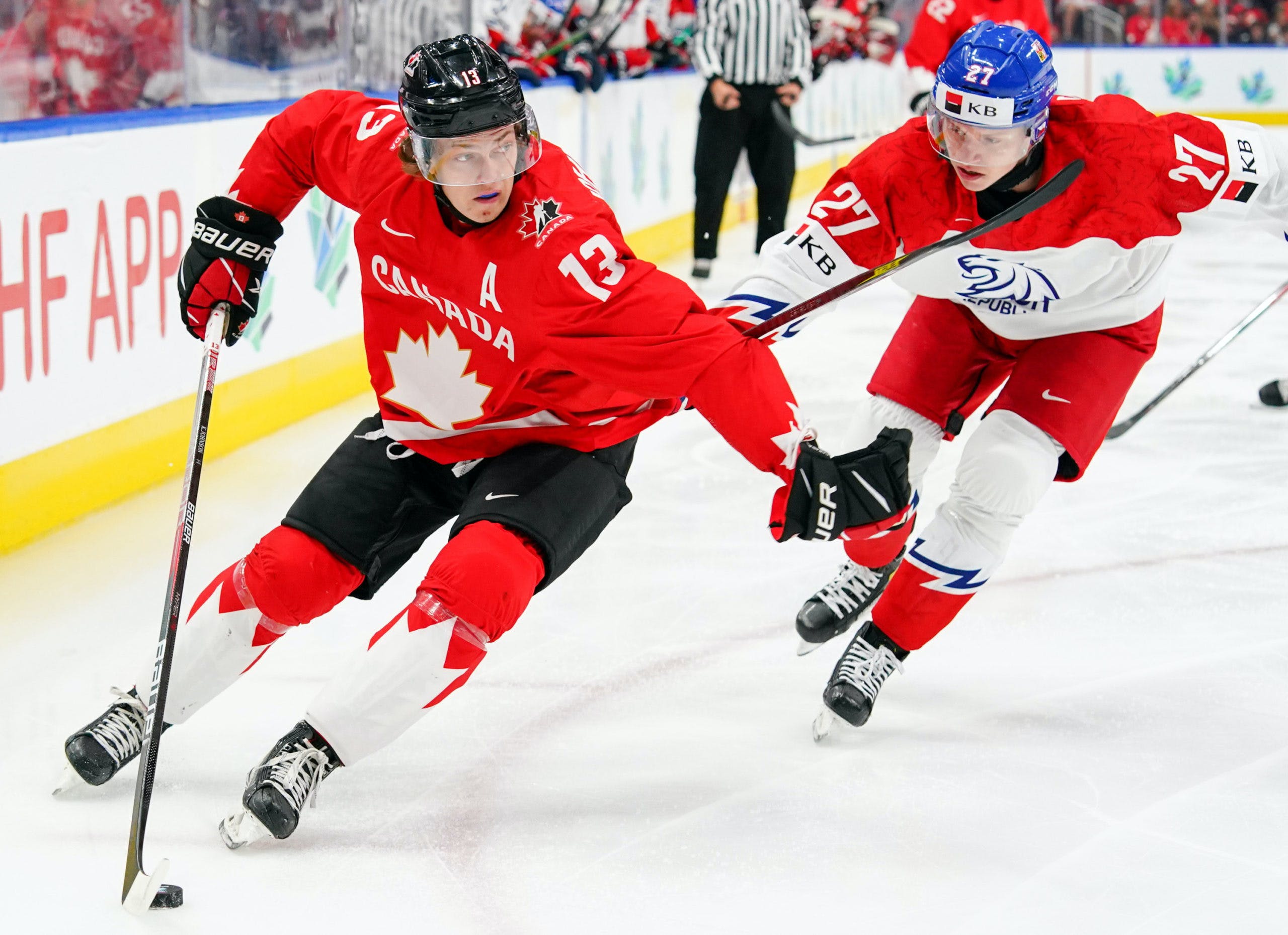 By Liam Horrobin
5 months ago
Team Canada is heading back to the World Juniors final for the third year straight and the 31st time in the tournament’s history. This comes after the Canadians defeated Czechia, who eliminated the USA in the quarter-finals, 5-2, on the power of five different goal scorers.
The scoring began midway through the first period from Kent Johnson, with his second of the tournament. Czechia goaltender Tomas Suchanek made the initial save on Tyson Foerster, denying him his fourth, but couldn’t prevent Johnson from snapping home the rebound. Shortly after, Connor Bedard again showed off his elite release, beating Suchanek just below his glove to make 2-0 in favour of Canada.
In the second period, Canada doubled their lead with goals from Logan Stankoven and Mason McTavish, two players who have led the way for them at this year’s event. Stankoven got his name on the boxscore first, scoring on a mini-breakaway from the blue line. That breakaway came from a nifty pass by Johnson, who spun off his defenceman and then found his linemate open in the middle.  McTavish has already displayed great one-timing ability, and, against Czechia, he did it again. Olen Zellweger, his future Anaheim Ducks teammate, set him up perfectly for another blast to give Canada a comfortable 4-0 lead after two periods.
Czechia pushed back in the third period with goals from Jan Mysak and Michal Gut, giving them the belief that they could make a comeback. However, Joshua Roy crushed those dreams two minutes after Gut pulled them back within two, making it 5-2 for Canada.
Canada now takes on Finland in the final tomorrow evening, after the Finns eliminated Sweden by a score of 1-0 in the other semi-final.